This Elden Ring mod for Tekken 7 is simply the best, Namco comments 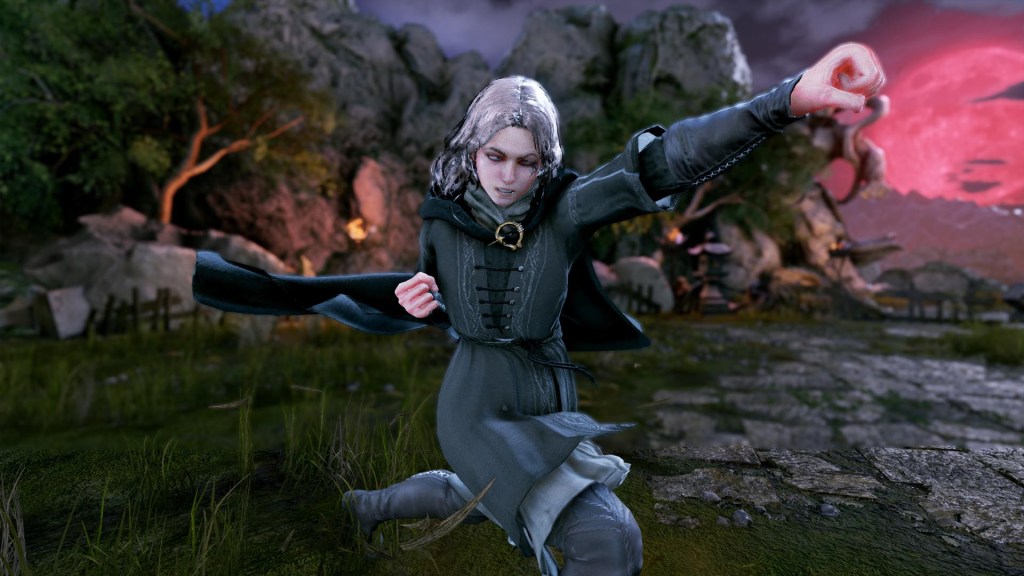 God bless video game modders, who have continued to bring us impossible joys in video games for many years. The latest to catch our eyes is a mod for the enduring 3D fighting game Tekken 7, which transforms a number of its characters into some of the famous faces from this year’s smash hit, Elden Ring.

Please take a look at this excellent showreel:

Tekken modder Ultraboy is the talented individual responsible for the modpack, which adds 8 Elden Ring models to Tekken 7.

It’s impressive on a number of fronts – first of all, the sheer skill and hustle of being able to build and sculpt these models and textures in the first place. At first glance, they don’t look like simple rips from Elden Ring’s database – there does seem to be some customisation here to make everything look natural.

What’s also worth applauding is how well they’ve managed to assign the Elden Ring character costumes to Tekken 7 characters, taking into account the fighting styles, personalities, and mannerisms of each.

There are a number of match-made-in-heaven decisions here, but the best of them is Ranni the Witch fusing together with the reserved Kazumi Mishima. This excellent skin also replaces Kazumi’s summonable tiger with a miniature version of Elden Ring’s spectral horse summon, Torrent, which is both hilarious and perfect – Ranni is the one who blesses your character with Torrent in the FromSoftware game.

It’s also hard not be charmed by the more comedic decisions in this mod. The internet’s favourite Elden Ring character, Alexander the Living Jar, has a skin mapped to Tekken’s hulking monster Gigas. And Tekken 7’s primary antagonist, Heihachi, gets the Elden Ring skin he deserves: the giant lobster.

If you have the PC version of Tekken 7, you can download and enjoy the mod for yourself by downloading it from Ultraboy’s author page on TekkenMods. The mod itself is free, but if you get a real kick out if it, Ultraboy also has a Ko-fi page for tips.

Both Elden Ring and Tekken 7 have been great successes for their shared publisher, Bandai Namco. Here’s hoping the company loves this mod as much as we do.

[Update: 1 April 2021] Well, it turns out Bandai Namco kind of loves it, but is also a bit annoyed by how good and official the mod looks.

Katsuhiro Harada, the longtime Tekken director and a general producer at Bandai Namco, took to Twitter to comment on the mod which melded two games he worked on.

While he remarked that the mod was ‘ridiculously well-made’, he also pleaded: ‘plz stop it lol’.

While Harada said he doesn’t have an issue with people playing the mod for personal enjoyment, he lamented that thanks to the impressive quality of Ultraboy’s work, the Bandai Namco customer support team would likely be inundated with questions or service requests under the impression that the mod was an official Bandai Namco product.

‘Questions like this come to the support desks and community managers of companies in each region: “I can’t find this on the store page, why??”, “Where can I download this skin?”, “I installed this and the game won’t start. Why?????”‘, Harada said.

‘I don’t say anything about what fans are enjoying in a category that doesn’t cross the line. but, we may comment if it increases the number of inquiries or misunderstandings.’

So there you have it: You have Namco’s blessing to enjoy the mod, but please direct any issues with it towards Ultraboy, and not the official Bandai Namco support channels.