Diablo Immortal has been banned in two countries

Diablo Immortal has been banned in Belgium and the Netherlands just days before it was set to launch.
Leah J. Williams 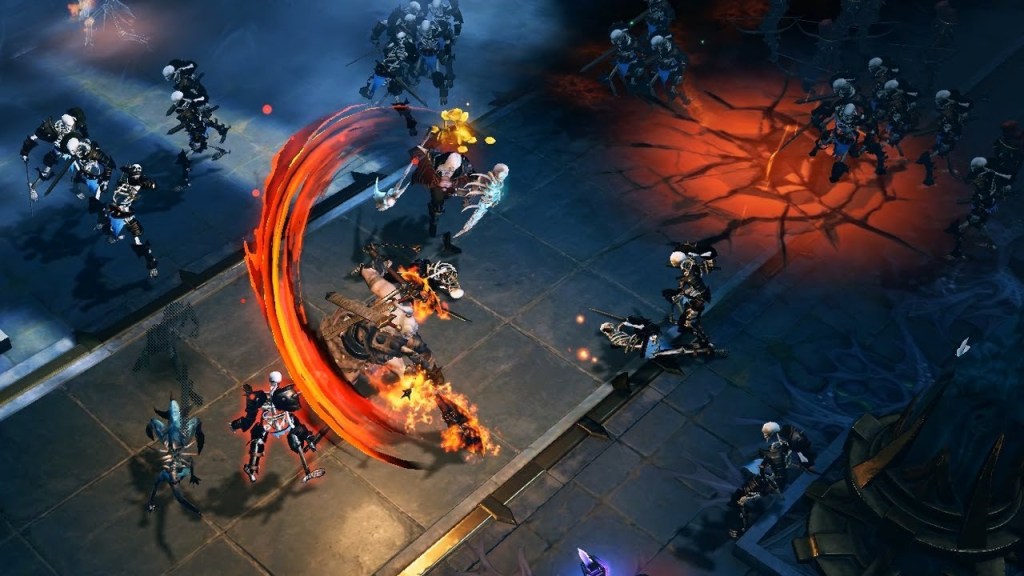 Diablo Immortal is set to launch worldwide on 2 June 2022 – but it appears the game will no longer be releasing in Belgium and the Netherlands, following its removal on the Apple and Google Play stores. Fans were quick to notice the change, and immediately took to the internet for answers. These were eventually delivered by an Activision Blizzard community manager, who confirmed to tech site Tweakers that Diablo Immortal was no longer releasing in these countries due to ‘operating conditions’ – likely referencing legislation around gambling and loot boxes in video games.

Both Belgium and the Netherlands have recently cracked down on loot boxes in games, with companies such as Blizzard, Nintendo and Konami being required to halt sales in both countries over these laws. Belgium instituted a firm ‘no loot box’ policy in 2018 – and the Netherlands attempted the same in 2020.

While it appears the Netherlands ban was overturned in 2022, the country remains strict on these features, and it’s likely for this reason that Activision Blizzard has pulled the launch of the game. It’s unknown why it took the company so long to announce this change, given these laws have been in place for years – but it may be that the game was only banned in the process of classification or final approval.

In a post on the Diablo Immortal subreddit (shared by GamesIndustry.biz), Activision Blizzard further explained the changes to the game’s upcoming launch.

‘The lootboxes in the game are against the law in your country, so unless the gambling restrictions change, the game will not be released in the Netherlands and Belgium. If you manage to run the game I cannot guarantee that you will not be banned for it,’ a Blizzard employee reportedly said.

It appears neither country will be able to download the game at all – and even sideloading the game or changing storefronts could lead to permanent bans for keen players.

The frustrating part for fans in Belgium and the Netherlands is that the game’s loot box system does not appear to be essential, with the game remaining free-to-play as long as players exercise restraint. According to developers, these microtransactions will ‘never circumvent core gameplay‘ – meaning there is no way to spend money to level up faster than other players, and that the game can be played loot box-free.

Despite this, it appears there will be no workaround for players in impacted countries, with the game being outright banned, rather than modified. Those looking forward to the game in Belgium and the Netherlands will likely miss out entirely – even after enduring the long wait for news of the highly-anticipated launch.