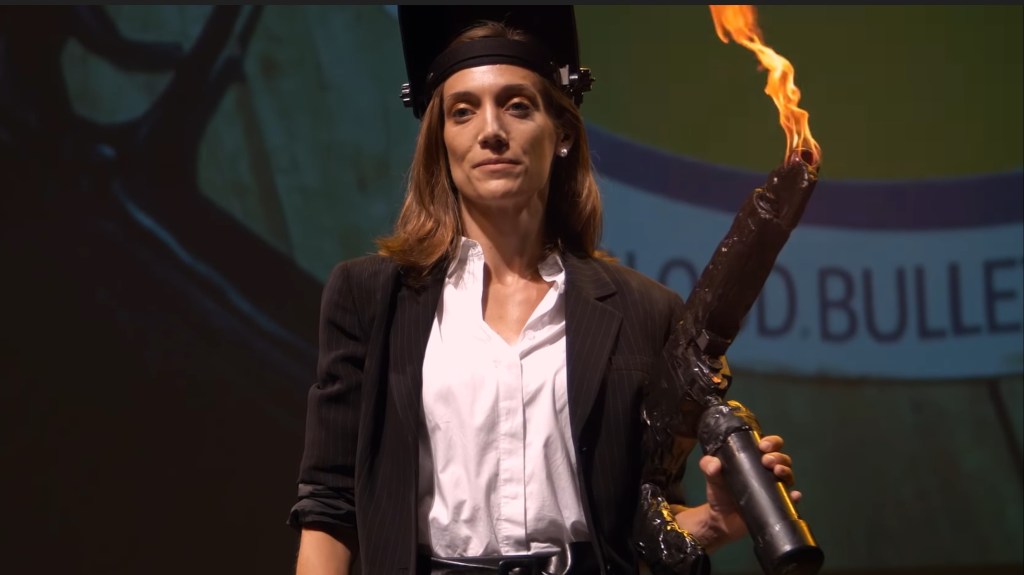 Devolver Digital, the independent games publisher with an irreverent attitude, is having a very good 2021. It’s had a number of releases that have been widely talked about: the metatextual card game Inscryption, the sombre action-adventure Death’s Door, and the incredibly addictive Loop Hero, among others.

Now, the company has begun trading on the Alternative Investment Market (AIM), a London Stock Exchange Market for ‘small and medium sized growth companies’, and it’s been valued at US $950 million dollars (around AUD $1.28 billion dollars).

What’s more, according to Gamesindustry.biz, Sony Interactive Entertainment will be making a five per cent investment in the company. Chinese company Netease is also an investor.

Devolver Digital is now reportedly the largest US-based company to enter the London Stock exchange, based on capital value.

Read: Inscryption Review – So much more than just a card game

According to a new post on the company’s website, Devolver Digital’s employees are still the majority owners of the company. The statement suggests the news can ‘certainly sound like a departure from a group of friends starting a boutique game label, but really it’s a kind of validation for our team and our partners.’

This is a positive development for a publisher that has built itself on championing small and solo creators, and making some of the industry’s most innovative titles.

Knowing that the company’s existing decision-makers will continue to exercise the same amount of control over their business operations gives us hope that the offbeat Devolver that has garnered so much respect and goodwill will continue to do so.

The company is best known for bringing independent titles like Hotline Miami into the spotlight, as well as its outlandish marketing stunts and satirical press conferences.

Titles released by Devolver digital this year include the Australian-made spelunking game Phantom Abyss, the introspective Essays on Empathy, and My Friend Pedro: Ripe for Revenge. Devolver Digital are also set to publish Cult of the Lamb, from Melbourne studio Massive Monster in 2022.