Plot details from the first Cyberpunk 2077 DLC expansion appear to have leaked, thanks to files reportedly datamined from a new patch.
Leah J. Williams 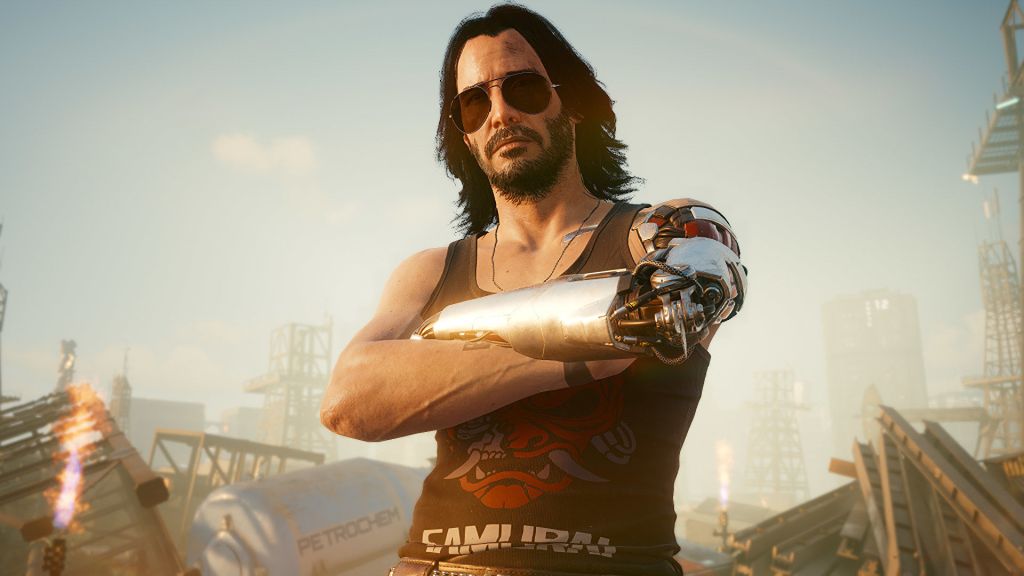 Lines of dialogue that appear to be from the upcoming Cyberpunk 2077 story expansion have leaked online, thanks to dataminers. It appears the dialogue has been stripped from a new game patch, which may indicate work on the game and its fresh content is continuing steadily at developer CD Projekt Red.

While details are currently scarce and the dialogue is presented without context, it can be assumed from clues that the game will follow Songbird, a mystery cut character that previously appeared in data for the base game. Songbird appears to be an Asian woman with cybernetic augmentations.

A modified version of her available via MaximilumM’s Appearance Menu Mod replicates her appearance based on existing data, and shows her with a number of outfit variants that range from ‘street cool’ to ‘rouge red and formal’ – although the form of her final appearance is not known.

Her connection to the game, and her relationship to protagonist V is also unclear – but dataminers believe she will play a starring role in the upcoming DLC, which is currently set to launch in 2023.

According to the available data, the upcoming expansion will add in seven key missions (as well as new quests, world stories and encounters) which will take players from Night City to the Combat Zone, an area that was previously inaccessible in the base game. Here, players will also enter an arena known as the Sports Dome, although it’s unclear what role this will play in the expansion.

As noted by VGC, it appears Johnny Silverhand will play a reduced role in this tale – with current speculation being that actor Keanu Reeves was simply too busy to record additional dialogue for the game (or that the expansion was not figured into the game’s initial recording plans).

Intriguingly, dataminers have noted that the expansion slightly tweaks the game’s ending by providing an additional dialogue string that appears to reference Songbird, indicating she may have a significant role to play in the game.

So far, all we know for certain is that the upcoming expansion will feature a significant new storyline – and that CD Projekt Red is working hard to get Cyberpunk 2077 back on track after a tumultuous two years that saw the game journey from unfinished and broken, to smoothly playable on modern consoles.

The fortunes of Cyberpunk 2077 may just turn around in 2023, when the mystery expansion finally launches. We’ll likely learn more about this content in the coming months.

This article was updated to properly credit the work of MaximilumM, who partially created the datamined version of Songbird currently available online.