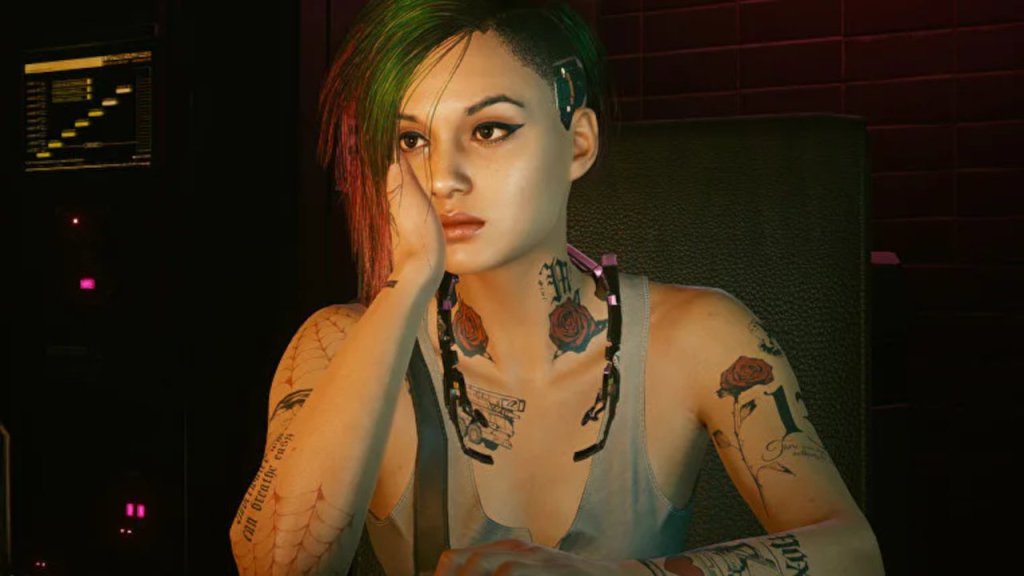 Playing Cyberpunk 2077 in 2020 was akin to pulling teeth, especially on consoles. The game would crash at least once every hour, NPCs would frequently walk into walls, protagonist V often slipped through textures – including the floor – and enemy fights could easily be exploited as bosses got stuck in pixels or froze altogether. That’s not mention that quests would often be non-completable, rendering parts of gameplay useless. In 2022, Cyberpunk 2077 is a different story – and if you’re playing on PS5, you’ll actually encounter a solid, well-performing game.

Is Cyberpunk 2077 still having issues?

The big question with the ‘next gen’ Patch 1.5 update was whether Cyberpunk 2077 had finally overcome its major glitches and bugs to become an enjoyable, playable game. On the PS5, I’d say this has been achieved – the game’s action is smooth and good-looking, it no longer crashes every hour, and in six hours of gameplay I’m yet to see a single major glitch that caught my eye.

That said, this may not be the case for other consoles.

Patch 1.5 is currently being investigated by CD Projekt Red for issues relating to the PS4 disc and PC digital versions of the game. Apparently, some players aren’t able to launch the game after applying the patch, while others are experiencing an immediate crash on startup.

So far, no reports of this happening on Xbox Series X or PS5 have been logged – but it is worth noting that issues may persist in some circumstances.

If you’re playing on a ‘next gen’ console, you’re more likely to experience the new, smooth performance brought by more than a year’s worth of game-stabilising patches.

Patch 1.5 brings a bunch of changes for PS5 users, including the usual suspects: crisper graphics, ray tracing and haptic feedback via the controller. But the most important change goes largely unseen.

It was an experience that was only bearable because the game’s hearty autosave system meant I never lost too much progress.

With Patch 1.5, the game appears to no longer crash on PS5. In six hours with the new version of the game, I’ve yet to experience a single crash, whereas my last playthrough contained many. It speaks to a new stability for the game that makes it far more playable and enjoyable than before.

That said, there aren’t a whole lot of changes here beyond basic playability.

Patch 1.5 is said to improve graphics for next generation consoles, but personally this isn’t something I noticed. That may be because I’m playing on an older 4K TV – but I’d wager the majority of players likely won’t notice a vast graphical improvement here. The game looks good, but it’s hard to nitpick graphics between the PS4 and PS5 versions of the game.

Instead, the most noticeable differences come from the new DualSense haptic feedback.

With weighted triggers, guns feel more meaty to fire, and driving cars similarly feels more realistic. The triggers operate as pedals while you’re driving, with speed determined by how far you push them in. It makes chases a bit more frantic, and also helps maintain control over cars that were previously liable to go spiralling off the road at speed.

Is it finally time to play Cyberpunk 2077?

The stability patches delivered to Cyberpunk 2077 over the last year-and-a-half have helped it become a game that’s finally worth playing. While sparks of brilliance could be found in the original version, its flaws made it hard to justify the purchase price.

But with its intriguing, high-tech Venom-like tale now supported by new stability and the removal of game-breaking glitches, now is the time to dive in. While there are many that will feel ‘burned’ by the launch state of the game, to ignore Cyberpunk 2077 completely is to avoid one of the best-told action adventures of the last few years in gaming.

It also shares a lot of DNA with films like Upgrade, and games like Tales from the Borderlands (which has a surprisingly similar plot), but the story, combat and worldbuilding make the whole experience worth it.

Cyberpunk 2077 isn’t quite the sprawling open world adventure it was initially promised to be – and no amount of patches will help realise the ‘full’ original vision for the game – but as it currently stands, it’s a very playable game with a strong narrative hook that’s well worth your time.