Reviews for Crisis Core: Final Fantasy VII Reunion have come in, and many critics have been impressed by Square Enix’s stunning HD remaster
Emily Shiel 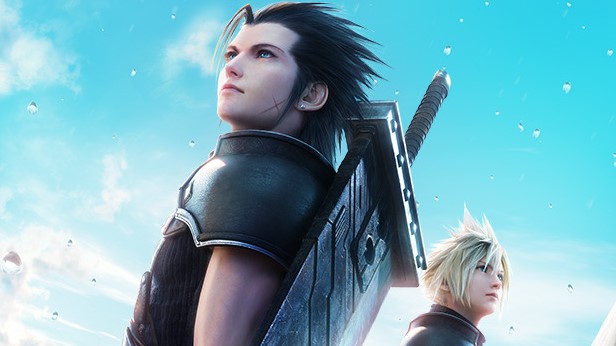 Press Start was thoroughly impressed with Square Enix’s approach to remastering the title, and spoke positively to the technical improvements displayed in Crisis Core stating:

‘Another huge selling point for Crisis Core Reunion is the massive upgrade to its visual and audio treatment. Built from the ground-up in Unreal Engine 4, it’s pretty well night-and-day compared to the PSP version, with model, texture and effect work that feels on par with the gorgeous Final Fantasy VII Remake. There are definitely some obvious holdovers from its origins, environments for example are packed with tons more detail but they’re still built on the same compact, basic layouts.’

‘Not only does Crisis Core Reunion port the once fairly difficult-to-find game to several new consoles, allowing for a greater audience to experience the title, it transforms the game from feeling like a smaller, handheld experience into something that can proudly stand beside Final Fantasy VII Remake as a worthy companion.’

Polygon described the title as ‘a charming reimagining that confidently portrays Crisis Core on modern terms’, and praised the game for its visual enhancements stating:

‘In an aesthetic sense, Crisis Core: Final Fantasy 7 Reunion is stunning. Sometimes, the visual changes are enough to make you forget you’re playing through 15-year-old content… and while some new cutscenes are sharpened to the point of being grainy, the overall heightened level of detail results in a Crisis Core that’s altogether more expressive than the original.’

VGC also spoke to the significant visual improvements to main character models and described combat as ‘much more dynamic’, stating:

‘As remasters go, Crisis Core: Final Fantasy VII Reunion is one of the more carefully considered examples. To make a title originally built for the PSP feel at home on current generation machines, Square Enix hasn’t merely given it a HD facelift; it’s significantly updated visuals, audio and even a few game mechanics.’

Whilst satisfied with the remaster overall, VGC did point out a few limitations to the title’s current-gen release, saying:

‘The repetition in combat is especially apparent when it comes to side missions, of which there are a couple of hundred or so. They are at least convenient, in that you can dip in and out of them instantly from any save point, even when you’re in the middle of a chapter, to boost your level and equipment. But each one merely contains a few battles against monsters you’ve already fought, and wading through more than three or four in a row is a dull process.

It’s here that the limitations of a remaster, even a good one, become apparent. Because, of course, beneath all the improvements, Reunion is still a game that was tailored to the PSP. So while these missions were once ideal for brief sessions, where you might knock off a handful between other engagements, a more focused session in front of a console exposes them as a largely mindless grind.’

As far as remasters go, Crisis Core: Final Fantasy VII Reunion seems like a well-rounded, upscaled reimagining of a beloved classic that stands as a solid entry in the Final Fantasy series. If you never got the chance to play the original PSP title, this remake is the perfect opportunity to jump in on current platforms.