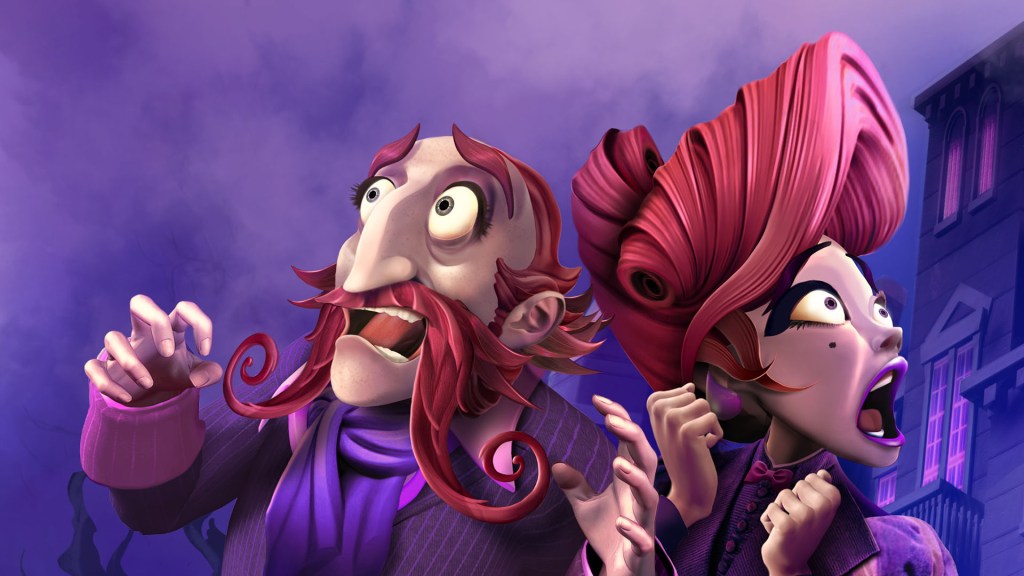 Bloody Hell Hotel is a newly-announced hotel management game with a killer twist: you play as a bloodthirsty vampire, and your guests are at your mercy. As revealed by IGN, this is a game that’s inspired by the world of Tim Burton and gothic horror, as much as it’s inspired by Stardew Valley.

Coming from the team at Unfold Games (Darq), Bloody Hell Hotel is described as an ‘ambitious’ first person simulation game where you play as a vampire freshly awoken from a long slumber. The game’s announcement trailer certainly shows off its ambition, with unique Vampire: The Masquerade-like mechanics used to summon and place new furniture, cook delicious meals, place guests in rooms, and even battle hideous creatures in what appears to be a dungeon.

The more you work on your decrepit hotel, the better (and less frightening) it will look. Along the way, you’ll be able to recruit a number of helpers to get the day-to-day of the hotel running, including a weird-looking cow and tiny vampire twins.

Check out the first trailer for the game below, courtesy of IGN:

The first thing you’ll likely notice is the game’s striking art style. While much of the hotel’s interior appears realistic and gloomy, the game’s hotel guests and side characters are all rendered in a wild, cartoonish style. They have giant heads, tiny bodies, and wide, terrified eyes – they look rather like the caricatures of Psychonauts. It’s all a bit strange, which feels perfect for the game’s wacky premise.

In your journey as a hotel proprietor, you’ll need to balance management tactics with your own needs, making tough decisions about when to serve hotel guests, and when to serve them up on a plate. As a vampire, you’ll be able to tend to your guests… or eat them as delicious tenders.

Bloody Hell Hotel will launch on PC via Steam, GOG and the Epic Games Store in future, although it does not currently have a firm release date. You can wishlist the game now to prepare yourself for this deliciously gothic and over-the-top management sim. With a killer hook and plenty of style, Bloody Hell Hotel is one to watch.