The best vampire video games of all bloody time

If you're looking for more vampire goodness after Marvel's Morbius, check out these excellent vampire video games.
Leah J. Williams 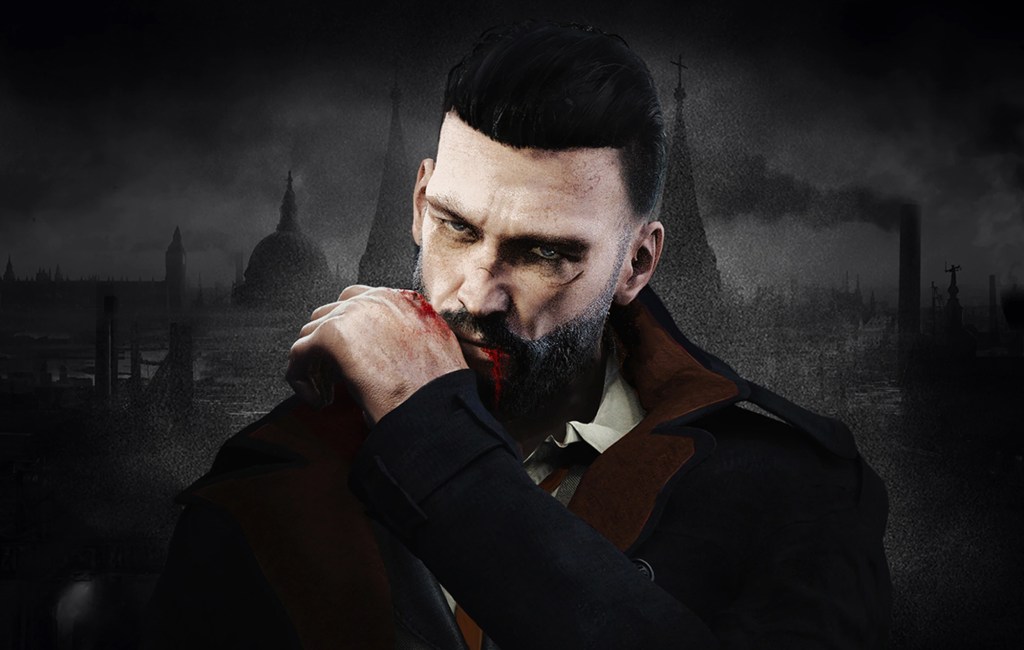 Marvel’s latest blockbuster Morbius has successfully brought vampires back into the mainstream spotlight – and while the film is rating poorly with critics, there’s no denying how fun, over-the-top and frenetic the film is. Those who enjoy a good vampire story will likely find something to love in this entry to the genre. And hey, if you’re somebody who loves a good vampire movie, you might want to check out some very good vampire video games, too.

There are plenty of excellent vampire games out there, ranging from classics like Vampire The Masquerade – Bloodlines to modern hits like Vampyr and beyond.

If you’re looking for a bloodthirsty taste of excellent, vampire-themed content after Morbius, look no further than these brilliant vampire video games.

Infamous: Festival of Blood is technically a DLC chapter for Infamous 2 – but with its high-speed, hard-hitting vampire action, it certainly deserves recognition for being one of the best vampire video game adventures. In this meta-story, Infamous protagonist Cole McGrath gets bitten by a vampire and is temporary turned into a blood-sucking creature of the night. His lightning blast abilities evolve to become more bloody and vampire-like, and he must set off on a quest to destroy the evil vampire population living in New Marais, and find a cure.

Combining Infamous 2‘s excellent traversal system with a classic vampire horror tale was a stroke of genius – and Festival of Blood shines with every gloomy alley, and every bloody bite. The only real shame here is that the DLC may be difficult to obtain, with Infamous 2 only being available on the PlayStation 3, and Festival of Blood requiring a download from the PlayStation 3 store, which was almost shuttered in 2021. If you can grab this chapter, get it now – it really is a gem.

Vampyr is as close to Morbius as vampire video games get – in that they share a similar premise. Here, a doctor, who has promised to look after the sick in a time of plague, is accidentally infected with vampire blood and must learn to harness his new abilities while refraining from harming others.

Vampyr does come with an interesting catch, though – most of the game’s enemies are extremely high-powered, and if you want to overcome them you’ll need to indulge your urges. The double caveat is that every time you kill a citizen of London to grow stronger, a part of your domain ‘dies’ and succumbs to the vampire plague.

As doctor Jonathan Reid, it’s your job to make hard moral choices and avoid temptation, all while conquering bosses and saving the streets from roaming vampire packs. Kill too many people in your quest for strength, and you’ll become an outcast living in a dying town. Vampyr thrives on the strength of its world and character building, and the genuinely impactful choices that players must face as they harness Reid’s new abilities.

Castlevania: Symphony of the Night

As a PlayStation One title, Castlevania: Symphony of the Night is one of the oldest games on this list – but the literary stylings of this game, which pays homage to classics like Dracula, are what makes it so brilliant and enduring. Here, you play as Alucard, the son of Count Dracula himself, as he explores his father’s castle and attempts to raze it to the ground. Along the way, he meets a corrupted Richter Belmont (of the famous vampire-hunting clan) and attempts to prevent the resurrection of Dracula.

The epic tale is all told in pixelated glory, and while the game looks fairly dated now, it hasn’t lost any of its charm, and remains one of the benchmarks for ‘Metroidvania’-style adventure games – we wouldn’t have games like Hollow Knight or Ori and the Blind Forest without it.

Alucard is a great protagonist, and the story is filled with gothic twists – as well as enough angst to sink a battleship. While plenty of the classic Castlevania games could rank on this list, Symphony of the Night gets a special mention for actually featuring a vampire protagonist (a dhampir, if you want to get technical). Alucard makes for a great leading man, and his adventure is certainly worth playing on modern consoles today.

Darkwatch might be the most underrated vampire video game on this list – and one of the most underrated titles of the mid-2000s. In this steampunk-style horror adventure, you play as the excellently-named Jericho Cross, an outlaw who’s been forcibly turned into a vampire and recruited into a monster-hunting organisation. As with a few other games on this list, its graphics are fairly dated – its representation of women is also poor – but that doesn’t take away from the game’s sleek gunplay, excellent narrative, and unique worldbuilding.

Cross is a gnarly, cool protagonist with a number of bloody vampire abilities – and players will need to perfect all of them to survive as he hunts down hordes of zombies and other undead beasts. There are major battles in churchyards, barracks, and other mysterious locales, as Cross attempts to track down a vampire lord named Lazarus and save the land from the evil spreading across the world. This game was initially designed to kickstart an entire Darkwatch franchise, but plans for sequels were unfortunately cancelled before this could happen. Darkwatch and its universe remains brimming with potential.

Skyrim doesn’t focus solely on vampires, but if you get bitten by one during in-game combat, you can actually play the entire adventure as a fully-fledged creature of the night. It’ll mean needing to avoid the sun and keeping your stats up on a constant basis, but it’s a perfectly viable way to play the game. When you unlock the extra vampire-themed content in the game’s Dawnguard DLC, you’ll also gain the ability to become a Vampire Lord – a new type of anti-hero with a terrifying second form.

If you’re not in the mood to avoid the sun, there’s still plenty of vampire goodness in Skyrim, including an entire story devoted to a noble vampire clan. During these quests, you’ll be forced to make a game-changing choice: to join the anti-vampire Dawnguard and prevent the world from being plunged into darkness, or help the vampire coven to destroy the world. It’s certainly a conundrum, but if you side with the vampires, you’ll be able to grow your powers exponentially and wreak havoc on the entirety of Skyrim.

The Castlevania: Lords of Shadow series was a franchise reboot that came with a unique twist. While the first game followed knight Gabriel Belmont on a quest to defeat mysterious creatures, the game’s final DLC revealed something strange: that in the process of defeating evil, Belmont is ultimately corrupted by vampire blood. A post-credits scene reveals this blood has transformed him into Count Dracula – which is where the action of Lords of Shadow 2 kicks off.

Having a Belmont become Dracula was a twist that many Castlevania fans didn’t see coming – and while it’s certainly surprising, the change makes the original game’s sequel a bloody blast. Rather than the standard whip-and-chain weapons, Belmont/Dracula wields a ‘Shadow Whip’ and deadly ‘Void Sword’ that emit powerful, explosion-heavy attacks. He can also transform into mist or fly up to discover new pathways, adding a layer to Castlevania‘s traditional traversal.

On top of all that goodness, Belmont/Dracula is voiced by Robert Carlyle in this iteration, and his grisly Scottish chops make the game even moodier and grimmer than its premise. With family drama aplenty, and some very neat platforming, this is one vampire video game that really is worth resurrecting.

The Sims franchise first introduced vampires in The Sims 2: Nightlife, but it wasn’t until The Sims 4: Vampires that they really treated Vampire Sims with the respect they deserve. This game pack introduces a number of features to The Sims 4 like new gothic furniture, clothes and accessories – but it also adds in a fully-designed life state that can transform how you play the game. When your Sim becomes a vampire, they get a whole new set of needs – with hunger being replaced with the need to drink ‘plasma’. This can be bought from stores, or taken (willingly or unwillingly) from Sims.

But while your Vampire Sim will be powerful, if they’re left in the sun for too long, or if they avoid plasma entirely, they’ll die. It means you’ll need to look after them well, keep them fed, and make sure you’re not leaving them outside for too long. Keep them alive long enough, and they’ll learn to master vampirism, gaining new abilities like hypnotism and quashing their roaring hunger. As far as vampire sims go, The Sims 4: Vampires is surprisingly detailed, and a whole bunch of fun.

No list of the best vampire video games of all time is complete without the phenomenal Vampire: The Masquerade – Bloodlines, a dense vampire-themed RPG that has yet to be beaten by any modern vampire game. It’s hard to explain what makes this game so compelling, but its endless replayability, grimy early-2000s goth characters, frequently terrifying missions, and solid premise remain extremely charming. There are so many ways to play Bloodlines, too – you can embody the glamorous Ventrue or Tremere clans and blend in well with the human world, or go a harder route with the Nosferatu clan, which is forced to travel by sewer.

No matter what you choose, Vampire: The Masquerade – Bloodlines will present you with a weaving tale of vampire politics and corruption as you, a fledgling vampire, attempt to balance an otherworldly power struggle and control new abilities. Along the way, you’ll need to keep the peace, maintain neutrality, and make your way through a world that hates you. Even today, it’s a fantastic role-playing game – and while it is frequently blocky, buggy and broken (modern releases come with an Unofficial Patch created by loving fans), it remains a masterclass of vampire video game storytelling.

Morbius is in Australian cinemas now – and it’s well worth a watch for vampire enthusiasts of all kinds.

If you’re looking for even more vampire games in future, Vampire: The Masquerade has two upcoming titles set for release soon: the undated Bloodlines 2, a sequel to the iconic classic, and Swansong, launching in May 2022.