Fans of Animal Crossing and The Sims are debating whether EA is copying or paying homage to Nintendo.
Leah J. Williams 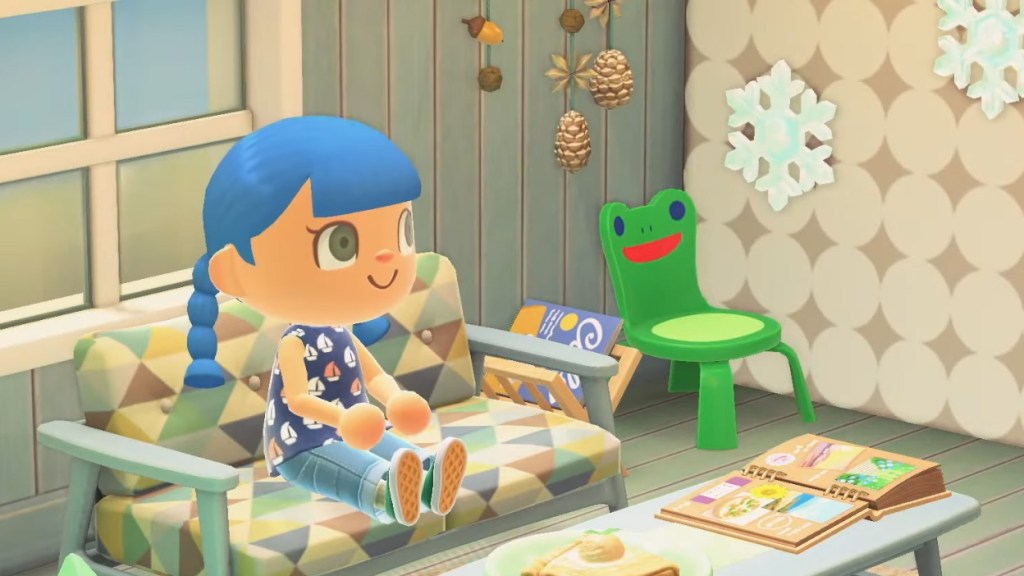 The Sims 4: Little Campers is a newly-released DLC kit that enables players to build a gorgeous playground for their child sims, complete with cosy cubbies, cinema projection screens, and one vital object that’s now causing conflict between the Animal Crossing and Sims communities.

Amongst cute new items and toys for kids, Little Campers adds in a soft camping chair that takes the form of a frog. It largely resembles any generic animal chair you’d find at retail – but Animal Crossing players have been quick to point out that the iconic ‘froggy chair’ only has one true form, and that it’s owned by Nintendo.

Whatever the case, it appears the sheer appeal of the chair can’t be denied.

The history of the Animal Crossing froggy chair is a strange one. It first appeared in the original Animal Crossing game, and made appearances in every subsequent entry – although New Horizons was missing the chair until a late 2021 update, and only following a major fan campaign.

There’s something simple in the appeal of the chair – it’s cute and practical, and features a delightful froggy face that appears sincere, relaxed, and calming. The fandom and fervour behind the chair has grown so loud in recent years that it’s become its own meme – with accounts like ‘Characters Sitting on Froggy Chair‘ now dedicated to photoshopping famous characters onto the beloved chair.

The account has 13.5K followers, and has posted updates and retweets on a frequent basis since 2020.

As many have pointed out, this isn’t the first time The Sims has included frog-themed furniture and accessories in gameplay, but it is the most high-profile example since the explosion of the froggy chair’s popularity and its ascendance to meme status.

Whatever the intention of EA was, it appears the addition of a new, soft froggy chair in The Sims 4 has caused quite a stir across the internet. Should you wish to obtain your very own froggy chair in the game, you can find it in the Little Campers DLC kit now available for consoles and PC.