Morbius, the Sony film that has achieved cult status thanks to internet memes, is being streamed live 24/7 via the Artifact Twitch category.
Leah J. Williams 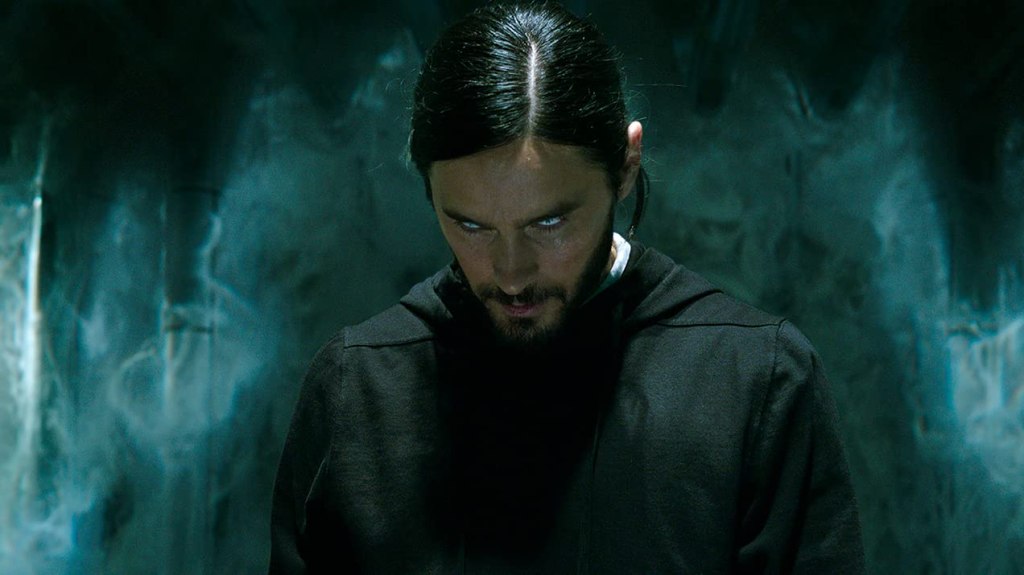 The latest Sony x Marvel film collaboration Morbius was considered a major failure at the box office, with critical and user reviews contributing to a total bomb – and the film was fast-tracked to digital release as a result. Inexplicably, Morbius has gone on to become a social success since it launched online, thanks to word-of-mouth on the film’s so-bad-it’s-good quality, and the rise of ridiculous, over the top memes stemming from the film. It’s rare now to go a single day without hearing the phrase ‘It’s Morbin’ time!‘ on social platforms – with the rush around Morbius now contributing to an odd, growing phenomenon on Twitch.

Since ‘Morbius fever’ kicked off, several mystery Twitch users have begun setting up live streaming channels that play Morbius on loop. The first channel, known as Morbius247, seemingly managed 12 hours of Morbius streaming before Twitch eventually found the stream and shut it down for copyright abuse.

At its peak, the channel hit around 11,000 concurrent users, with the chat popping off consistently with Morbius memes, as well as wholesome calls to support the rights of transgender people. Despite the chat appearing to be unmoderated due to the high volume of spam, the content remained wholesome and consistent throughout, with thousands of viewers loudly sharing their love of Morbius and its memes.

A second viral Twitch channel, Morbius_247 was set up following the closure of the first channel, and was later followed by another named MorbiusMode.

While all channels were eventually found and taken down by Twitch, they shared something intriguing in common: they all streamed via the Artifact category on the platform.

Read: The rise, fall and rebirth of a Hearthstone-killer

Artifact is a 2018 game that should serve as a lesson for companies looking to enter the Hearthstone space without a firm grasp on what made this game so successful.

Developed by Valve as a spin-off adaptation of the incredibly popular Dota 2 franchise, it attempted to take advantage of the game’s lore, and the popularity of card-based games. Magic: The Gathering creator Richard Garfield designed the experience, but the game was unfortunately bogged down by pay-to-win and pay-to-play mechanics built into its card acquisition that discouraged new users from jumping in.

Many saw the game as greedy and money-grabbing – and in 2022, it has an extremely mixed rating on Steam for just this reason. Players have decried the game’s shallowness and structure, and called it out for what it is: a poor attempt at replicating a winning formula.

In that regard, it feels appropriate that Morbius has made the game’s Twitch category its new home.

As the memes around the film continue to mount, and word of the frequent livestreams grow, it’s likely Twitch will be locked into a game of Morbius whack-a-mole for the near future as more and more copycats pop up. At the very least, it’ll be a good idea for the streaming service to keep an eye on that wily Artifact category, which has now mutated into something much grander than it once was.

Players might’ve abandoned the game and its Twitch category in droves, but it’s now getting some new love, thanks to a very unlikely source.