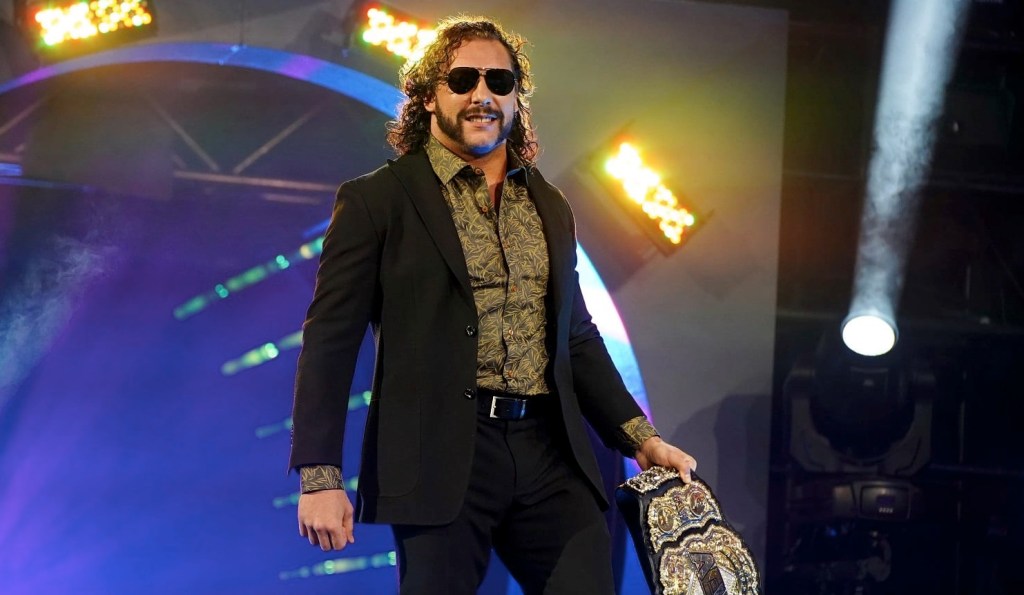 AEW wrestler Kenny Omega may be part of the upcoming Yakuza / Like a Dragon spin-offs, sequels or prequels, should his latest Instagram post be anything to go by. The ‘Best Bout Machine’ posted several images from his time at Sega following the Ryu Ga Gotoku Studio Summit, including some in the ‘live scanning’ hot seat, which is typically used to create photorealistic in-game models.

‘Thank you @sega for the amazing tour,’ Omega wrote. ‘And for creating a character model of me in the Yakuza engine.’ He followed this with the ‘eyes’ emoji, which is typically used to represent secrets, or something notable. While Omega did not confirm his appearance in the game, images posted did contain a prototype model of Omega which could be included in a future game – potentially Like a Dragon 8, or Like a Dragon Gaiden.

This wouldn’t be the first time a famous wrestler has been included in the Yakuza video game series. In Yakuza 6, several New Japan Pro-Wrestling (NJPW) wrestlers including Kazuchika Okada, Toru Yano, Tetsuya Naito, Hiroshi Tanahashi, Satoshi Kojima and Hiroyoshi Tenzan, were included as a gang of antagonists in the game, under the name JUSTIS.

Omega was working for NJPW at the time of the game’s release, but missed out on being included in this wild pack, often referred to as the ‘Six Lunatics’. That may be corrected in an upcoming Yakuza game, with SEGA now in possession of Omega’s digital likeness.

Omega is famously a major fan of video games, originally incorporating this into his wrestling persona. His finishing move, ‘The One-Winged Angel’ is named after Final Fantasy‘s Sephiroth, and he’s frequently referenced the character with his in-ring gear, and entrance style.

At this stage, further details about Yakuza 8 / Like A Dragon 8 and other Ryu Ga Gotoku Studio games are yet to be confirmed – but it’s highly likely Omega could have a cameo appearance in any of the upcoming titles.

Stay tuned for more news as we head closer to the launch of Like a Dragon 8, Like A Dragon Gaiden: The Man Who Erased His Name, and feudal spin-off, Like A Dragon: Ishin!.