How Wayward Strand became a quiet critique of capitalism

At PAX Aus 2022, the Ghost Pattern team discussed the feeling of spite, and how it can be motivational.
Leah J. Williams 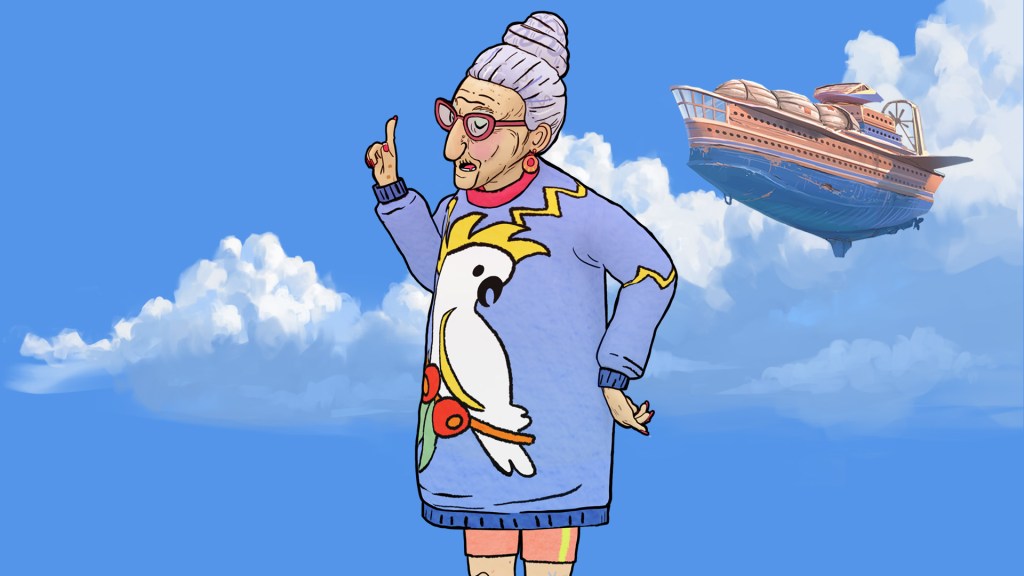 As the video games industry continues to grow worldwide, so does the expectations placed on developers – particularly those working independently, or in smaller teams. While games are generally being appreciated more as art forms, they’re also now subject to unseen ‘rules’, laid out by the bounds capitalism. It’s not enough for games to only be art – they need to be financially viable, and guided by efficiency. They need to be commercial prospects, and pursue avenues for impactful monetisation. This is a sentiment that Wayward Strand developer Ghost Pattern rejected vehemently at PAX Aus 2022.

In a talk at the convention, the team behind the smash hit Aussie game discussed the weight of these expectations, and how they stuck to their values in making Wayward Strand, mostly out of spite and confidence. In a way, the team said, Wayward Strand could be considered a critique of capitalism and productivity, with Ghost Pattern going against the grain for its development.

Each member of Ghost Pattern present at the panel (Maize Wallin, Susan Dang, Georgia Symons, Jason Bakker, and Goldie Bartlett) shared a unique story at the PAX Aus panel, describing past experiences in the games industry as detrimental to their health and confidence. Bad studio experiences informed each panellist’s view of how best to create games – and it was these values that ultimately led them to Ghost Pattern, a studio that prides itself on being open, friendly, and avoiding crunch.

Read: Growing up and growing old in Wayward Strand

In this environment – one welcoming, and deliberately ‘healing’ – developers were better able to work on developing Wayward Strand as a wholesome and mindful experience. In this more ‘casual’ space, developers could share their personal stories and life experiences, all of which came into play when creating Wayward Strand and its slow-moving, carefully-observed narrative.

As Goldie Bartlett, art and marketing lead for the game, says, Wayward Strand is not necessarily meant to be a wholesome game. This was a label applied post-launch, as commentators who played it likely recognised its calming vibes; its feeling of safety and comfort. This intangible feeling is easily recognised in the game’s thoughtful beats, and reflects the team’s experiences behind the scenes.

In the panel, Ghost Pattern was described as a ‘band’ – with each member having a unique role in pushing Wayward Strand forward and creating a cosy experience, one where players can sit back and enjoy the scenery simply by clicking a button. In Wayward Strand, you can spend your time in its pastel-coloured world sitting back and absorbing the atmosphere, experiencing a bliss many of us seek.

These moments of silence give you a greater understanding of each character in the game, and of protagonist Casey’s effort to connect with the older citizens of Wayward Strand‘s floating hospital.

This narrative stands in stark contrast to what the modern games industry demands. Ghost Pattern eschewed the drive for economic productivity and mainstream appeal in developing Wayward Strand. In doing so, the team created a unique and warm experience that gives a voice to older and younger people – groups that are rarely represented in the wider games industry, due to those economic and ‘mainstream’ demands.

Ghost Pattern aimed to prove, largely out of spite, that it could succeed with a diverse team, and one that could ‘hold its own’ amidst a games industry constantly striving for growth and ambition – ironically, this topic was the focus of Games Connect Asia Pacific (GCAP) 2022, the games industry and developer conference which preceded PAX Aus.

Many talks at this show similarly rejected the popular notion of ambition, instead choosing to talk about the value of being playful, imaginative, and carefree.

Read: How indie game development can be a rewarding hobby

After all their effort, and after several years working together on development, Ghost Pattern believes that beyond the launch of Wayward Strand, their biggest achievement is still getting along. This sentiment, shared during the PAX Aus panel, was an indictment of the current industry – one that too often prioritises ideas of commodification and financial gain over the human element.

While art and QA developer Susan Dang made clear that Ghost Pattern isn’t perfect – no company is – she also said it was important to recognise this, and actively work to question how best to control workflow, while giving everyone room to breathe.

Passion can be incredibly dangerous in the games industry, leading to crunch and overwork, but in sharing people-first values and recognising the risk inherent in loving your work, Ghost Pattern sought to create a more positive environment that challenged traditional notions of game development.

Reimagining what a workplace can be, and rejecting extreme notions of development guided by capitalism, can create a more positive environment where everyone can contribute, and everyone feels welcome – always. To that end, the Ghost Pattern team used their panel to share advice for new and established developers, working in Australia and overseas.

The primary advice was to stick to your values – even if that means working out of spite, and going against the grain. But more pointed advice from developer Jason Bakker was about sticking to your sense of self, and recognising what kind of developer and what kind of person you want to be.

For Maize Wallin, the most important thing is for individual developers to affirm their values are being reflected in the work they’re contributing to. Georgia Symons believes studios need to foster more diverse teams, and ones with unique experiences and skillsets.

Susan Dang spoke of making friends being essential, and ended the panel on a cheeky, irreverent note: ‘Just don’t be shit.’ This is, essentially, the anti-capitalist ethos that has guided the team at Ghost Pattern, all the way to the launch of the wonderful Wayward Strand.