Speeding to the big screen: every Sega game set for a movie adaptation

After the success of the Sonic the Hedgehog films, Sega isn’t showing any sign of stopping. Here’s some of the upcoming titles making their way to cinemas.
Julian Lee 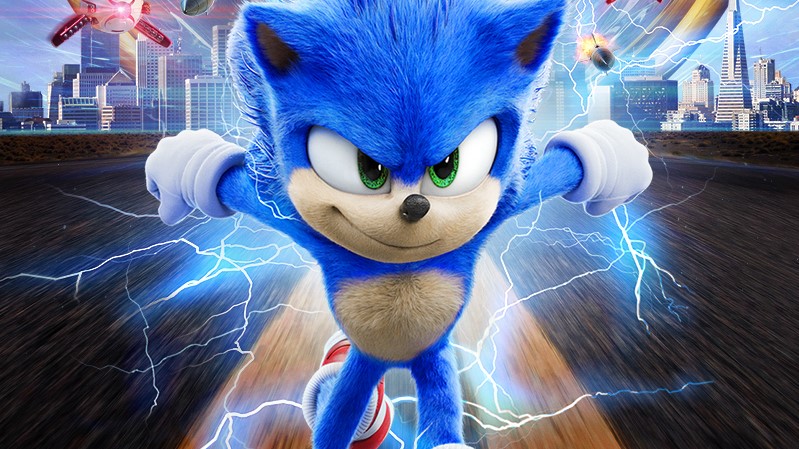 Following a rocky start with a Sonic redesign that would become infamous, the surprise success of Sega’s Sonic The Hedgehog film franchise struck not once, but twice. The hasty hedgehog’s adventure in the human world brought in a respectable US $306 million, with his second foray surpassing even that – at US $402 million. Now, it looks like Sega is looking to get even more ambitious with their properties, continuing the trend of ‘actually good’ video game movies, arguably sparked by 2019’s Detective Pikachu.

Here are all the upcoming video game movie adaptations announced by Sega:

First up, of course, is the third addition to the Sonic the Hedgehog universe. Set for December 20 2024, the film will be punching in the same ring as the other blue-humanoid sequel – Avatar: The Way of Water.

While the first film saw the supersonic hero elude Dr Robotnik, and the second a face-off with muscled echidna Knuckles for the Chaos Emeralds, the premise of the third film remains a mystery – the introduction of his human love interest from 2006? His brief time as a lycanthrope? If the leaks are to be believed, it’ll be the advent of fan favourites Shadow, Metal Sonic, Amy and Big. Whether Paramount can continue to outdo themselves with their big budget iterations of the property, remains to be seen until then.

Regardless, with the Knuckles spinoff Netflix series – starring none other than Idris Elba, we could be in for a long line of media for Sega’s flagship game franchise.

The Persona franchise encapsulates a range of titles – primarily RPGs, but also fighting and rhythm games. Core to the series are various groups of teenagers struggling to balance their high-school lives, while battling extra-dimensional manifestations of those around them with their own supernatural alter egos. These are well-recognised premises that put a supernatural spin on adolescence – and have seen their place in numerous film and television media over the years.

Toru Nakahara, Sega’s head of entertainment productions for film and TV, highlighted potential for an adaptation in an interview with IGN, citing the game’s narrative worlds ‘filled with high drama, cutting-edge style and compelling characters.’ The series has also received multiple anime adaptations in the past, showing us that the game’s story definitely works beyond the scope of its games.

Other properties from Sega subsidiary Atlus are seemingly also fair game, paving the way for demon-capturing progenitor to Persona – Shin Megami Tensei, and psychological puzzler Catherine to find their way to the big screen.

In collaboration with Picturestart, the studio responsible for the Borderlands film coming in 2022, is ‘Zone’ – an adaptation of Comix Zone, a side-scrolling beat ‘em up from 1995.

The game’s screen incarnation follows ‘a jaded comic book creator and a young, queer writer of colour,’ according to The Hollywood Reporter, who are transported into the world of the former’s comic book and must overcome their differences to put a stop to the plans of the film’s supervillain.

The potential for a ‘buddy cop’ dynamic between the two is already clear, and their journey of ‘wittily explor[ing] the ever-evolving art of storytelling itself’ opens the opportunity for some unique visual effects that parallel the speech-bubbled, comic book look of the original game.

The second adaptation from Picturestart, Space Channel 5 will reportedly be a dance and comedy film, based on the 60s-themed rhythm game of the same name. The games take place from the perspective of a 25th-century news reporter for the eponymous Space Channel 5 – simultaneously fending off an alien invasion and competing with rival reporters, all while reporting the news to the musical beat.

The movie’s apparent premise of a ‘hapless fast food worker’ whose help is enlisted by a freedom reporter to spontaneously dance their way through an alien invasion may be a story more at home today than when Space Channel 5 was first released in 1999.

Hack and slash series Shinobi marks the first of Sega’s older feature-length exploits, its production first discussed in 2016. While the original 1987 game bore the loose premise of foiling the machinations of criminal organisation Zeed, later instalments introduced progressively more fantasy elements to the ninja-based action of the series.

While not a lot has been revealed about Shinobi, producer Marc Platt was confirmed for the project. Platt has an interesting oeuvre – working on La La Land and Scott Pilgrim vs The World, as well as theatrical productions Wicked and Grease Live. The producer expressed his desire to ‘make a film that honours the essence of the games,’ but his experience could also see Shinobi take on a relatively exaggerated tone – more like its spin-off successor, Shadow Warrior.

Longer in the pipeline are projects from Stories International – a company formed through the collaboration of Sega and Japanese advertising agency Hakuhodo DY Holdings. Given their unique founding, Stories International has exclusive access to a range of Sega properties, for the purposes of adapting them to film and television.

Rent a Hero is an ARPG hailing from 1991 – unique for its RPG encounters being played out as fighting game sequences. The game kicks off when protagonist, Taro Yamada, receives a highly powered combat suit of armour instead of his pizza – in what can only be assumed as an honest mistake from the world’s most inept arms manufacturer slash pizza delivery guy. Realising he needs to pay off the suit, Tarotakes part in an escalating series of jobs for the people of his town.

The inherent comedy of the game looks to be a part of the film’s production – as of its last announcement, the project had director Steve Pink at its fore, known for the Hot Tub Time Machine films. The movie’s contemporary setting, described by Tomoya Suzuki, CEO of Stories International, features: ‘a reluctant slacker genius who joins a high-tech startup pitched as an “Uber for heroes,” aimed to improve people’s daily lives at an affordable price.’ The plot takes a turn when ‘company insiders plan to weaponize the tech, the slacker and his fellow Rent A Heroes must band together to stop them.’

The easygoing everyman-turned-hero making a living echoes story beats of manga series such One Punch Man and perhaps is no coincidence that its anime adaptation was released a year before Rent a Hero was announced.

On the more western side of criminal plotlines, is Streets of Rage – a side-scroller beat ‘em up, whose first game was released in 1991. Streets of Rage tells the age-old story of grizzled law enforcement against criminal syndicate, albeit with relatively more violence involving roadside objects and, if the original US cover art is to be believed, a lot of pained expressions while posing midair in tight pants.

Recent information places Sonic producer dj2 Entertainment and Escape Artists as behind Streets of Rage’s adaptation, with a script from Derek Kolstad – the mind behind John Wick and Nobody – setting the scene for the film to translate a gritty and visceral feel, with tightly-packed action choreography and sequences.

Speaking of cover art, is a personal favourite of mine – 1988’s Altered Beast, another beat ‘em up, this time set in mythological Greece. Ever since I caught a glimpse of the game’s gorgeous box art, and promotional images showcasing an ogre made of corpses pelting the player with their own face, Altered Beast cemented a place in my mind, though how closely my tastes align with that of your average moviegoer, I can’t say.

Depending on whether you played the English or Japanese versions of the game, the premise of the game took two different paths. In the former, you play as a soldier, brought back from the dead with supernatural abilities, to do the bidding of the god responsible – à la Marvel’s Moon Knight. In the latter, players take the place of a previously imprisoned and blasphemous animal-warrior, unleashed only to serve the ends of Zeus.

While it’s unlikely that the wilder elements of Altered Beast make it to the cinemas, including (spoilers!) the game’s final revelation that it was, in its entirety, taking place on a film set, I can only hope for a crazier or more grotesque exploration from Circle of Confusion – executive producers to The Walking Dead and studio responsible for the adaptation.

Alongside Altered Beast, Stories International’s statement in 2014 also announced plans for Crazy Taxi, Golden Axe, House of the Dead, and Virtua Fighter to be translated to film.

While the upcoming Dungeons and Dragons: Honour Among Thieves, Netflix’s Resident Evil, and Tekken: Bloodline represent precedents for the latter three, a Crazy Taxi film spans new ground for video game films – a for-hire take on the reckless driving cinematography from movies like Baby Driver and the Fast & Furious franchise.

That said, with its diverse range of properties yet to be adapted, who’s to say how far Sega will push the envelope.