Why The Sims 2 is trending on TikTok, 18 years after release

The Sims 2 is experiencing a major revival on TikTok, despite the game barely being playable.
Leah J. Williams 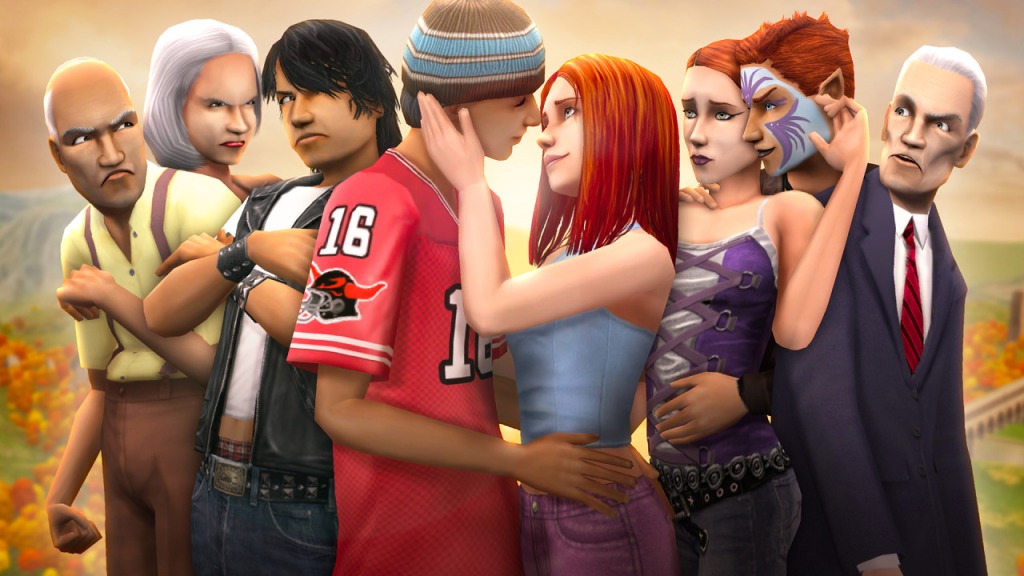 Playing The Sims 2 in 2022 is like pulling teeth. The official version of the The Sims 2: Ultimate Collection available via EA’s Origin service launches in a blurry resolution that’s only fixed by tinkering with the game’s files. If you can get it to launch, Sims will often have blocky, square shadows while indoors. Many of the mods associated with the game are now broken or don’t work – and even if you can launch the game, you’ll typically experience crashes every few minutes. But despite these challenges, The Sims 2‘s fanbase is thriving – with TikTok playing a major role in the game’s latest ascent.

As reported by Polygon, The Sims 2 TikTok hashtag has grown exponentially over the last year, with #sims2 and #thesims2 boasting over 200 million views between them. Sims 2 content creators are sharing gameplay tips, talking about their favourite in-game foods, making funny memes about their Sims, and even creating short films using The Sims 2 as a base.

Across hundreds of videos, fans are sharing their love for a game that launched nearly two decades ago – and has gone unappreciated ever since.

The nature of The Sims franchise is that each new game replaces the last, in a cycle that allows for continuous updates to the game’s graphics, features and gameplay – but many feel the series hasn’t yet topped the excellence of The Sims 2.

While The Sims 4 is a massive achievement and technically features more expansions and activities than The Sims 2, it’s being snubbed as content creators revel in the nostalgia of the past.

But it’s not just nostalgia that’s driving the new push for Sims 2 content.

The primary reason why The Sims 2 remains so popular, even years after it was succeeded by The Sims 3 and The Sims 4, is its deep lore and narrative, which contains mysteries still yet to be solved. While later titles focussed solely on gameplay, The Sims 2 featured neighbourhoods guided by personal whims, jealousies, strange disappearances and alien abductions.

Every Sim included in the base game comes with a story that shapes their personalities, motivations and life circumstances. Take Bella Goth – she’s the spectre of Strangetown, an odd woman who is rumoured to have been stolen by aliens or murdered by Don Lothario. The truth is out there – and players can find it by combing through The Sims 2‘s dense lore, which is spread out over multiple games.

Then, there’s Nervous Subject – the son of Olive Specter and potentially the Grim Reaper, who was taken from his mother and given to Loki and Circe Beaker, two mad scientists who may have taken up experimentation on their new charge. There’s also Olive Specter herself, who is most known for having multiple husbands die under mysterious circumstances – and for having rare memories of a Grim Reaper ‘WooHoo’ (the game’s version of sex).

Each character is part of a strange and multi-threaded story that still fascinates players today.

The Sims 2 isn’t just about creating your own characters and setting off to have an idyllic life. It’s also about putting your detective goggles on, and uncovering the darkness at the heart of each in-game neighbourhood.

Conspiracy theories abound in the darker corners of The Sims 2 fandom as creators try to parse each narrative thread using the clues spread throughout each game content pack. Bella Goth’s story even extends beyond The Sims 2, all the way to the handheld and mobile game adaptations.

When you add in the extended lore from wider Sims 2 releases – which includes The Sims 2 on Nintendo DS, PlayStation Portable and Game Boy Advance, The Urbz and other titles – the mythos of the world only gets deeper.

Hinted at in the base game is a cow cult, which is later explored in The Sims 2 on DS and PSP. Superheroes also exist on the edges of this universe, as do mind-wiping villains, humanoid robots, aliens from outer space, and ancient mummies brought back from the dead.

The narrative of The Sims 2 remains weird and fascinating, with so many odd quirks that are worth noting and exploring, even in 2022.

With gameplay designed to support narrative through personal wants and quest-like goals, the game design also effectively imbues the life simulator with a sense of storytelling purpose.

The hidden key to a successful life simulator lies in its sense of purpose. For players to be invested, there should be some form of progress, whether that be through the satisfaction of watching your Sims grow old and move on, or by keeping players in a rewarding gameplay loop.

The Sims 2 is designed around an excellent ‘wants’ and ‘fears’ system that allows players to accrue points for hitting select goals in the life of each Sim. While these tasks aren’t usually hard, they give the game’s flow a real sense of purpose.

Accrue enough points, and players can purchase special items that change up gameplay drastically. You can unlock a money tree by treating your Sims well – or even a device that can change the in-game weather. Every choice is rewarded, and helps give meaning to every Sim life.

The game’s memory system is praised for similar reasons – it charts the history of each individual Sim, and spells out a story that can be viewed and changed over time. The Sims 2 integrates memory in a way that aids the development of a story, whether you’re playing with pre-made Sims like Bella Goth or Nervous Subject, or if you’re carving out your own salacious tale.

Each system in the game interlocks with another, from moods to wants and goals, giving The Sims 2 a real sense of flow. It means that players can explore more creative, involved stories due to the game’s unique style of gameplay, which hasn’t been replicated in later titles.

Nostalgia is a powerful force

But beyond the game and narrative design choices of The Sims 2, the most powerful factor in the success of The Sims 2 on TikTok is, of course, nostalgia. As The Sims 4 becomes more complicated and weighed down by endless amounts of expansions and game packs, there’s a prevailing sense that video games were simpler in the time of The Sims 2.

There was no need to purchase endless packs, or implement frequent updates in 2004, because the game was essentially presented ‘as is’. With such a strong narrative and gameplay structure, it didn’t lean heavily on a constant flow of content, and players were able to enjoy a more streamlined game because of this.

The lives of Sims were less complicated in The Sims 2, and people gravitate towards simplicity.

As when looking back at childhood, players look at The Sims 2 with the same rose-coloured glasses. It’s not to say that the game is perfect – it’s still riddled with glitches and bugs – but the distance of time has allowed people to see the game in a brand new light, and to appreciate everything it innovated in the early 2000s.

Time has left people longing for The Sims 2‘s simple graphical style. Its story-based gameplay. Its black-and-white ‘wants’ and ‘fears’ system that guides the life of each Sim.

When life gets complicated – as in years filled with global pandemics, war and economic downturn – people often tend to seek comfort in familiar things. It’s why, nearly two decades on, players are returning to The Sims 2 in droves, and seeking out Sims 2 content on TikTok.

With a dash of nostalgia, and well-aged gameplay systems, The Sims 2 has managed the impossible: a resurrection on a phenomenal scale. While the game remains plagued by visual issues and game-ending crashes, it still lives on through social media, and in the hearts of many who grew up playing it – or who are discovering it for the first time.

Two decades on, it’s finally getting the respect it deserves – and while it took a major global pandemic and several crises to get here, it’s still a wonderful sight to behold. The Sims 2 was a shining era for the franchise, and while the game is in poor shape in 2022, it certainly deserves the reverence it’s currently experiencing.