Why Rune Factory 5 doesn’t work as a life simulator 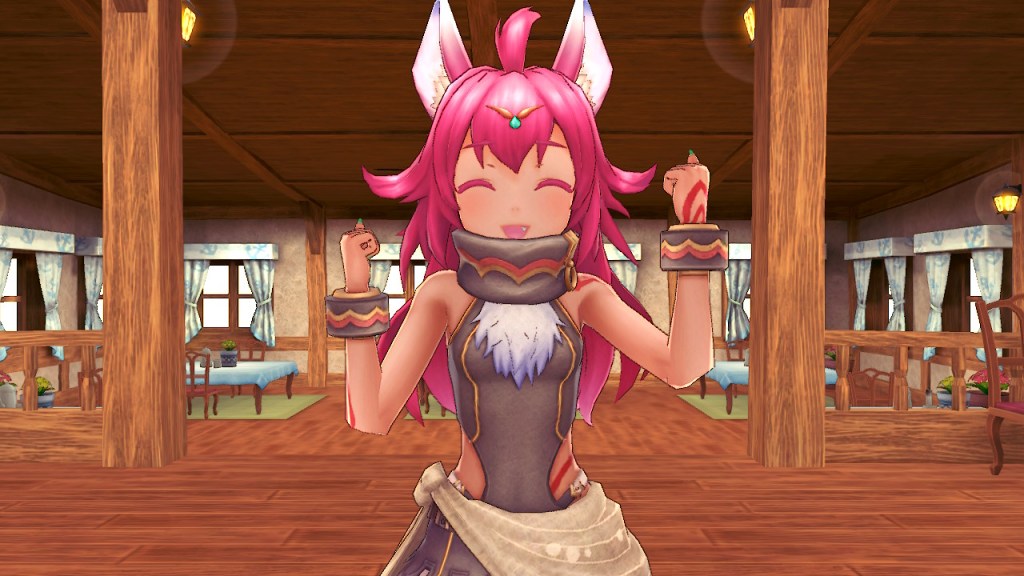 This pace is what has typically attracted people to life simulators – the ability to slow down and literally smell the roses. To occupy a world without restraint. Unfortunately, it’s easy for this gameplay mechanic to be misunderstood, with the concept of ‘taking time’ being stretched out in ways that make worlds feel too empty, too complex, or filled with grind.

Rune Factory 5 falls victim to these mistakes, and more. With an empty-feeling world, janky mechanics and incredibly poor performance on Nintendo Switch, it’s a life simulator that forgets exactly what makes the genre so fun. While its world is filled with intriguing characters, and a fantasy story that keeps the action bobbing along, its fundamental gameplay is so flawed, it’s tough to enjoy the experience.

Rune Factory 5 features all the common hallmarks of a life simulator.

As the game’s protagonist, you enter a fantasy town and are immediately tasked with looking after a vast crop, and completing missions for townsfolk. Some of these are simple, while others require you to venture into a forest to defeat or capture wild creatures. The dual focus means that while you spend much of your time in the game planting and watering crops, you also spend a good portion fighting and improving your weaponry.

There are plenty of activities to keep you occupied (farming, fishing, chatting), but it’s hard not to feel like you’re going through the motions as each completed quest is mindlessly ticked off. You can go off and plant crops to sell, if you want. You go into the woods to defeat monsters, if you want.

You can do anything – or you can do nothing. The choices, unfortunately, feel quite empty. There’s little incentive to pursue one avenue or another, and the game rarely prompts advancement.

While getting to know every villager in your town can be a treat – Martin, Ryker, Misasagi and Fuuka all have intriguing stories and are well worth befriending – to actually get close to these characters, you’ll need to spend time slogging through each day. Planting crops, fighting beasts, and completing story-based missions.

The further you travel into the game, the more items and features you’ll unlock. But actually seeing everything the game has to offer requires grinding – and a lot of it. In a life simulator this is unsurprising, but the emptiness and repetition of the game’s plain world means that levelling up is largely unsatisfying.

The entire experience is also hamstrung by bad frame rate issues that mean travelling through the game is a frustrating exercise. In nearly all parts of the game’s world – including its main town – the action stops and jitters every few seconds, even when new textures aren’t loading in.

As the first fully-3D game in the Rune Factory series, this entry had a lot riding on it – but unfortunately the performance issues only add to the plethora of the game’s problems, and the feeling that it lacks real heart.

In trying to be a hybrid JRPG experience, Rune Factory 5 gets a lot wrong about the fun of life simulators. Where there should be flow, the game leans heavily toward the stilted JRPG idea of upgrades – in that every feature in the game seems to be locked behind a wall.

To discover more crops, you first need to upgrade your farming abilities. Select missions require you to level up weapons, that in turn require other systems to be upgraded first. From the beginning of the game, you can receive requests that are far too high above your current level, with no clear indication of how you’re supposed to level up enough to beat them. Game guides for Rune Factory 5 are now so common on the internet because many of the game’s main mechanics just aren’t explained at all.

Essential information is hidden in dialogue, or sprinkled haphazardly into the game on a daily basis.

The trickling nature of the game’s story means that there’s always something to do every day – but also that progress feels extremely slow, to the point where an entire day can play out with only a single conversation advancing the story or mechanics. The action can be fun, but it’s constantly held back by the slow pace of life in Rune Factory 5.

This extends to individual activities, too. Farming is slow, and punctuated by long animations. Weapons used in the field have an input delay, so that by the time you swing your sword twice, an enemy may already be defeated.

There’s no rush in Rune Factory 5 – and this comes at the expense of flow, one of the most important ingredients in the life simulator formula.

Why it’s so hard to get life simulators right

The best elements of life simulators are all present in Rune Factory 5: farming, fishing, exploring, and occasionally, fighting. But the lack of coherence in the game mean that none of these mechanics feel particularly deep or satisfying. The main quest line will likely keep loyal players on a hook – but without this, the game lacks the necessary flow to feel engaging or particularly fun.

It’s hard not to compare modern life simulators to Stardew Valley in how they play. While this title was originally an homage to classics like Harvest Moon and Story of Seasons, which Rune Factory descends from, it has such a smooth and addictive flow that it’s become the measuring stick for the entire genre.

Each element in Stardew Valley is seperate – from its dungeon exploring to its farming, but they all lead into each other. Farming can yield crops that generate money, which can be invested in tools for better farming. These tools can also refine items found into dungeons into better farming tools, weapons and equipment.

Everything has a purpose.

This flow extends to the action of Stardew Valley, which is smooth and quick – from its animations to its fast-paced combat. With no input lag or complicated upgrade systems present, players can get stuck right into the heart of the game, leaping from farming right into multi-layered dungeons, playing the way they want.

Rune Factory 5 appears to want players to jump through hoops to get to the basic fun of the game – and by the time each element unfolds, the repetition and jankiness of the game has already dulled the brighter parts of gameplay.

There are elements of Rune Factory 5 that work – like its new 3D anime style. But as it stands, the game is weighed down by its clunky systems and lack of flow that feel actively demotivating. It wants to be both a JRPG and a life simulator, and that lack of focus comes with a loss of depth and clarity.

Life simulators are meant to be creative sandboxes, where players can escape into a carefree, cosy reality. Rune Factory 5 shoots for the moon – but between complex systems and buggy gameplay, it fails to understand what makes life simulators so fun.