Bella Goth disappeared from Pleasantview around 2004. While she's appeared since, questions linger about who the 'real' Bella is.
Leah J. Williams 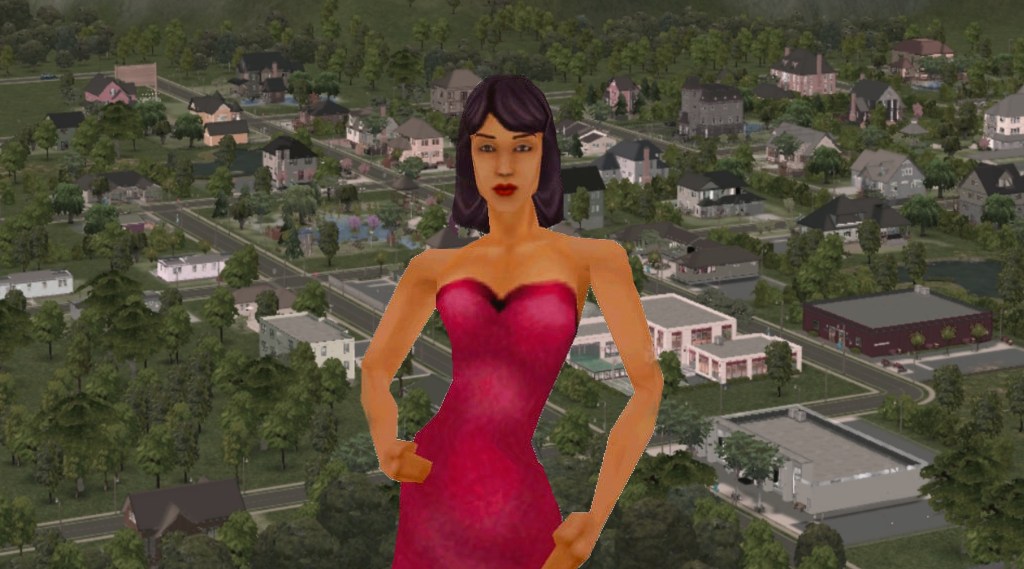 Bella Goth has long been the most fascinating figure in the lore of The Sims. Her tale started out innocuously enough; she was the doting wife of Mortimer Goth, living in a playable nuclear family in the town of Pleasantview. Her life was ordinary – until the events of The Sims 2.

When playing The Sims 2, the first thing players will be drawn to is the mystery of Bella’s disappearance. In the area description for Pleasantview, the game makes direct reference to this strange event. Once the shining light of Pleasantview, she allegedly vanished from Earth in the time between Sims releases.

Her last known appearance is noted as a trip to the house of Don Lothario, a man noted for being a womaniser.

Despite this, there isn’t an obvious answer for what happened to Bella Goth – not at first. It’s easy to assume Lothario ‘did away’ with her, given there’s photographic evidence that he attempted a romantic advance, despite Bella’s marriage status – but there is a contradiction in the memories of her family.

If players browse the family memories of Mortimer, Cassandra and Alexander Goth, they’ll find that the family remembers Bella Goth being abducted by aliens. She’s not dead – just missing – implying that while she did go to Don Lothario’s house, she may have used a telescope while there, and been taken away by aliens for experimentation.

But the plot only thickens from there.

Bella Goth does actually appear in The Sims 2

In The Sims 2, a playable townie that looks like Bella and has her name can be found in Strangetown. This version of Bella has no memories or connections to the Goth family, and does not share a personality with the original. According to The Sims Wiki, Maxis did confirm this Bella is the same Bella found in The Sims.

The assumption is that after Bella was abducted from the Lothario mansion, she was taken away and brain-wiped by aliens. Upon her return to Earth – which may have been via a UFO, which later crashed in the desert – she landed in Strangetown, with no memories of her past life. The PSP version of The Sims 2 adds in another fact: that she stayed in Strangetown to hide from aliens.

This bit of backstory was confirmed ahead of the launch of The Sims Social. Bella Goth is included as a townie in this game, and Maxis confirmed in a mock interview that Bella had previously been abducted by aliens and was now looking to start a new life in the town of Littlehaven, following the mess of her previous life.

In the game it’s revealed that eventually, through therapy, Bella is able to reclaim her memories – but while this seems like a happy ending, there’s yet more twists along the way.

Bella Goth also appears in The Sims 3 – a game which has been considered a prequel, but also includes select townships that take place in future timelines. In one of these, Lunar Lakes, Bella Goth is already dead and can be found in the local cemetery, so we can assume it takes place far into the future.

The odd thing is, this version of Bella looks nothing like her original counterpart. While the Sims team has confirmed this is the same version of Bella that players know and love, she has straw-like yellow hair, a zombie-like face, and greenish skin.

There is no explanation for her appearance in this future timeline.

You can discover a message in a Sims 3 time machine that adds to her lore, and states Bella ultimately became an empress on an alien planet before she made her way back to Earth, but nothing is explained about her changed appearance or how she came to die.

It’s also unclear how much further into the Sims timeline Lunar Lakes is set.

Regardless, this appears to be the end of the Bella Goth story in the Sims, with just a few pieces missing towards its end. Essentially: she was abducted, potentially became an alien queen, returned to Earth without her memories, recovered them, and then ultimately died in Lunar Lakes.

A Tale of Two Bellas

There are currently two alternative versions of Bella Goth currently living in The Sims continuity. The first is the original – the Bella Goth that was abducted by aliens and lost her memories.

The second appears in The Sims 4, in an alternative timeline. Here, Bella has never been abducted by aliens. She’s never died. Instead, she lives a happy life with her husband Mortimer and her two kids, Cassandra and Alexander. This version is a young adult about to enter adulthood. She likes partying, she’s charismatic, and she’s into fitness.

In a better world, this would be the life of the actual Bella Goth. As confirmed by Maxis, however, this version is not the same as the original.

While she acts as a ‘rebooted’ version of Bella, without the baggage of the alien abductions and memory wipes, players will never forget the story of the real Bella – or how she enchanted players for over a decade.

While the mystery of Bella’s disappearance has long been solved, her epic, wild story lives on. As one of the most enduring legends in Sims lore, it remains a point of fascination and contention between long-time Sims fans.