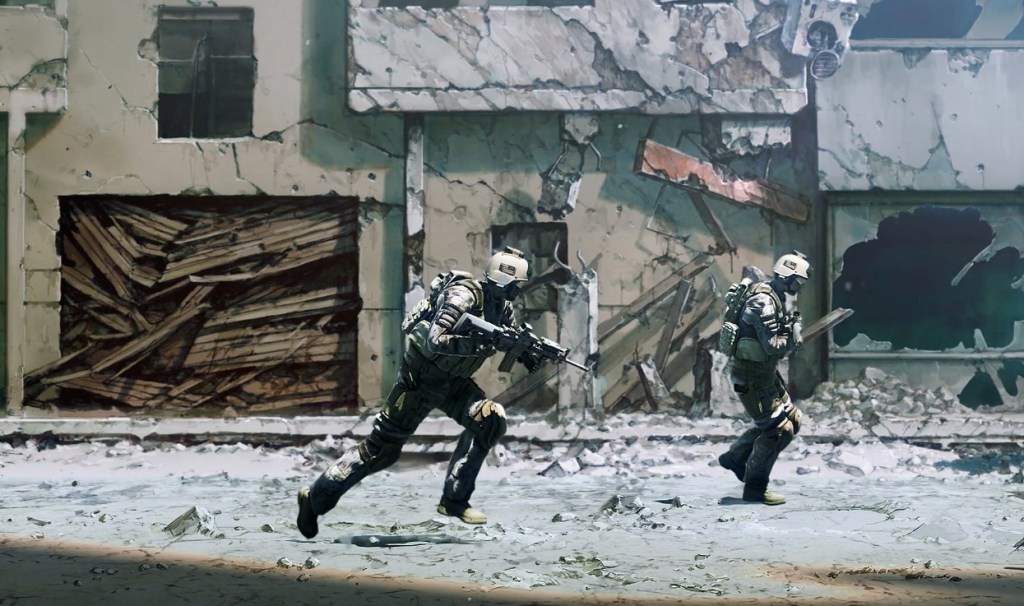 As war rages in Ukraine, video game developers are continuing to raise funds through game sales and other means in an effort to support humanitarian efforts in the region. Several companies have pledged sales proceeds towards relief appeals, while others are raising awareness of essential charity work in the region. Many others have employees based in Ukraine, and are currently working to safely evacuate staff and provide emergency funds to service their needs.

The escalating situation in the region is devastating – and while it’s easy to feel helpless, there are many companies, charities and services you can directly support now to help make a difference.

In late February, proceeds from games like Slipways (from Polish developer Beetlewing) and This War of Mine (from Polish game studio 11 bit studios) went towards charity organisations, including the Ukrainian Red Cross. So far, this has allowed 11 bit studios to donate $3 million PLN (AU $940,000).

Players who’ve already purchased these titles were encouraged by both companies to support the Ukrainian Red Cross directly.

Developer Hinterland, known for the Long Dark, has made an upfront donation of $125,000 (AU $136,000) to the Ukrainian Red Cross, and provided links for others to share what they can.

Developer Bungie has similarly stated that 100% of the proceeds of its Game2Give drive will go towards humanitarian efforts in Ukraine. Beyond this, Bungie also encouraged players to donate directly to the International Rescue Committee, Direct Relief, and Voices of Children.

Cyberpunk 2077 developer CD Projekt Red stated it had donated 1 million PLN (AU$330,000) to Polska Akcja Humanitarna, a Polish humanitarian organisation working in the region, and encouraged others to do the same. Techland, developer of Dying Light 2, donated the same amount.

4A Games, known for the Metro series, is also rallying for donations, with calls for gaming fans to donate to the Armed Forces of Ukraine, via a special bank account set up to directly support the local army. GSC Game World, known for the S.T.A.L.K.E.R. franchise, has similarly thrown its support behind the Ukrainian Armed Forces.

Wargaming, which has a Kyiv-based office, is currently focussing on the ‘safety and security’ of its employees by providing them with alternate housing, early salary payments, and other funds, according to a press release statement. In addition, the company is donating AU $1 million to the Ukrainian Red Cross.

UNICEF, Save the Children and Care have all been cited as good alternatives to any of these donation hubs. All funds from these non-profit groups will go towards aiding displaced people, rebuilding Ukraine and providing necessary goods for survival.

In addition, many indie developer groups are currently planning on launching game bundles on platform itch.io, with funds going directly to the aforementioned charity organisations. There are already individual bundles online, including Trollish Delver Games’ Ukraine Relief Bundle, which goes towards the UN Ukraine Humanitarian Fund – although a larger bundle is expected over the next week.

Necrosoft’s Brandon Sheffield appears to be working closely with Itch to make this bundle happen, with many developers, including Megan Fox (SkateBIRD), voicing support. Sheffield is actively looking for developers to join the bundle, and is currently midway through the rigorous process of vetting charity options and clearing legal hurdles.

Over the coming weeks, it’s likely we’ll see more developers jumping in to lend a hand. The situation in Ukraine will continue, and it’s likely the country and its people will need all the help it can get in the coming days. Video game fans are encouraged to either donate to support Ukraine directly, or contribute to companies currently gathering funds for nominated charity groups.

This article has been updated with additional details of companies contributing to Ukrainian humanitarian efforts.