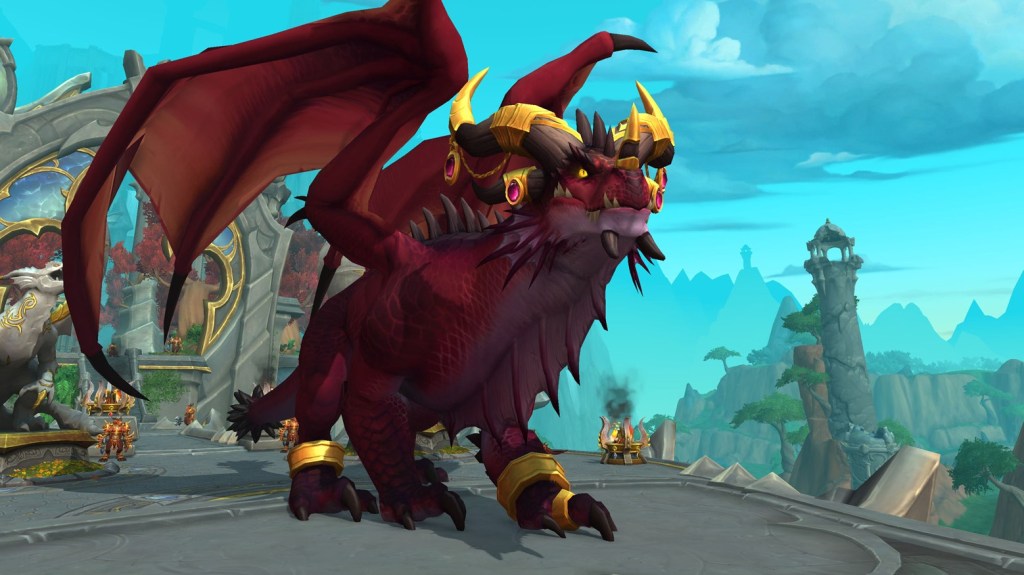 World of Warcraft: Dragonflight, the next sweeping chapter in the long-running MMO, has officially locked in a release date. Keen players will be able to take to the skies on 28 November 2022, when the Dragon Isles open for visitors around the world.

In addition to new realms to explore, including four zones themed around ancient dragons and mysterious lore, players will be able to discover the new Dracthyr race – who are part-humanoid, part-draconic – and learn the ancient art of Dragonriding, which will open up the world of the game.

Players will gain their own companion Drake, which will be unique in appearance, and trainable. The longer players spend time with their partner, the further and faster they’ll be able to travel.

In addition, players will be able to work on their own characters with a new talent system, and an updated profession system, which should make it easier to level up and customise skill selection. Eight new dungeons will also be available to help players build to the new level cap of 70.

Vault of the Incarnates, the first raid of Dragonflight, will be available after the expansion – on 13 December 2022.

When World of Warcraft: Dragonflight launches, players will be able to purchase one of several new game editions, including:

There will also be a physical Collector’s Set available – this includes a digital key, all of the above items, The Art of Dragonflight hardcover book, an Alexstrasza mousepad, and a five-pin collector’s set for US $129.99.

World of Warcraft: Dragonflight will launch worldwide on 28 November 2022.