Announcing the participants of the Wordplay 2022 Games Writing Mentorship Program

Writers from a variety of disciplines make up the 2022 cohort.
GamesHub 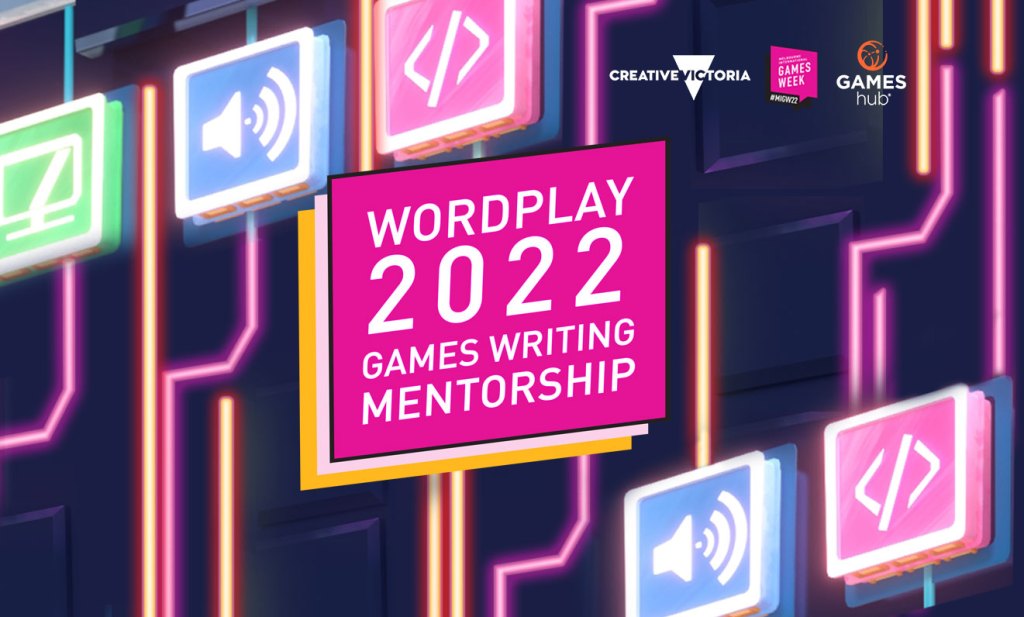 The participants for this year’s WordPlay Games Writing Mentorship Program have been selected, with a number of writers from a variety of disciplines making up the 2022 cohort.

These eight participants were selected from an incredibly diverse and competitive entry pool of talented writers from across Victoria.

The Wordplay 2022 cohort will gain knowledge from a number of games media industry veterans – including journalists, academics, developers, and curators – as they work to develop pieces of writing inspired by the games, people, and events that make up Melbourne International Games Week.

Melbourne International Games Week returns to Melbourne from 1 to 9 October 2022.

The participants for Wordplay 2022

James Beta is a queer emerging writer who aspires to work in Australia’s burgeoning games industry. He has grown up alongside the games industry, on the long road from King’s Quest and Wolfenstein 3D to Skyrim and Destiny.

He is passionate about the potential for games to tell important stories and provide transformative experiences the world over. James also writes memoir and speculative fiction.

He has been published in The Victorian Writer, The Memoirist and The Writing Cooperative, and was awarded third place in the 2019 OutStanding national LGBTIQA+ short story competition for his story Not to Be.

Emily Collings is an aspiring writer who is currently in her first year of studying professional writing and editing. Emily is passionate about telling stories through a variety of different mediums, such as writing, gaming and even tabletop RPGs.

They are interested in and excited about the growth in diversity and inclusion within gaming spaces and is excited to see where the industry grows. She has also been involved with game development in high school, having studied IDMT in years 11 and 12.

Percy Harris is a game developer who creates short 2D games that are often about connection. Before games, his main creative pursuit was digital art.

Hey began to develop a love of writing through his art practice, and now having spent more time with it, has grown to appreciate both writing for and about games. Percy is keen to see where he can take it next.

Outside of writing and art, Percy spends a lot of his time working on his Picross skills.

Samuel Harris is a film and small screens critic. He’s also a Media PhD candidate at RMIT University, researching intermediality in cinema, videogames, and digital media. He has written for The Big Issue and Flicks, and is a co-founder of the youth-based film publication, Rough Cut.

Cinephile by day and game enthusiast by night – Samuel balances his healthy affection for Letterboxd with his unhealthy affliction for PlayStation trophy hunting.

Liam Hopwood is an aspiring games writer, currently studying for a major in creative writing at the University of Melbourne. They started playing video games at a young age, and enjoy a wide range of genres from grand strategy to role-playing games.

Liam has a deep interest in game development and video game culture, as well as larger pop culture including movies, shows, comics and books, with a particular love of Star Wars.

They hope to use their writing skills to create the kind of games experiences and worlds that have captivated them since childhood.

Josefina Huq is a creative writer and PhD candidate based in Naarm/Melbourne. She is interested in crafting short stories about place, home, memory and nostalgia – and anything else that might make you upset. Her research attempts to justify this as a good thing.

She is currently a member of the non/fictionLab research centre at RMIT University and has had her work published by a variety of small Australian publishers.

David Parkin is the Managing Director of Luggarrah and the inaugural Game Development Intern at VicScreen, taking on placements at League of Geeks, Samurai Punk and VicScreen. He’s been working in the games industry for four years. David has developed his own company which links regional diverse youth with game developers, visual effects artists and other practitioners in tech.

David has a wealth of experience on panels, and has served as a judge at New Zealand Games Festival, as well as being a member of IGEA’s Diversity and Inclusion Working Group and Creative Victoria’s Melbourne International Games Week steering committee.

David, along with his daughter Beverly, have given talks at ACMI X and Sledgehammer Games.

Dasha (they/she) is an artist and farmer, with a background in theatre, fashion design and languages. Practice-wise they are interested in narrative comedy writing, dance theatre, journalism, heavy metal vocalisation/poetry and spaces to develop ecological thinking, along with the seductive humour of memes/apps and uncanny folk horror fashion//90s queer-femme sportswear.

In 2022, they were nominated for a Green Room award in dance for best ensemble (Odd Hours) and performed in a seven-story carpark with the Pony Cam company. They’re drawn to the world-building and design features of video games, and the possibility of addressing issues of land sovereignty, ecological relationships and political resistance.