As videogame technology becomes even more relevant to a wider range of industries, how do we ensure rural communities aren't being left behind?
Jini Maxwell 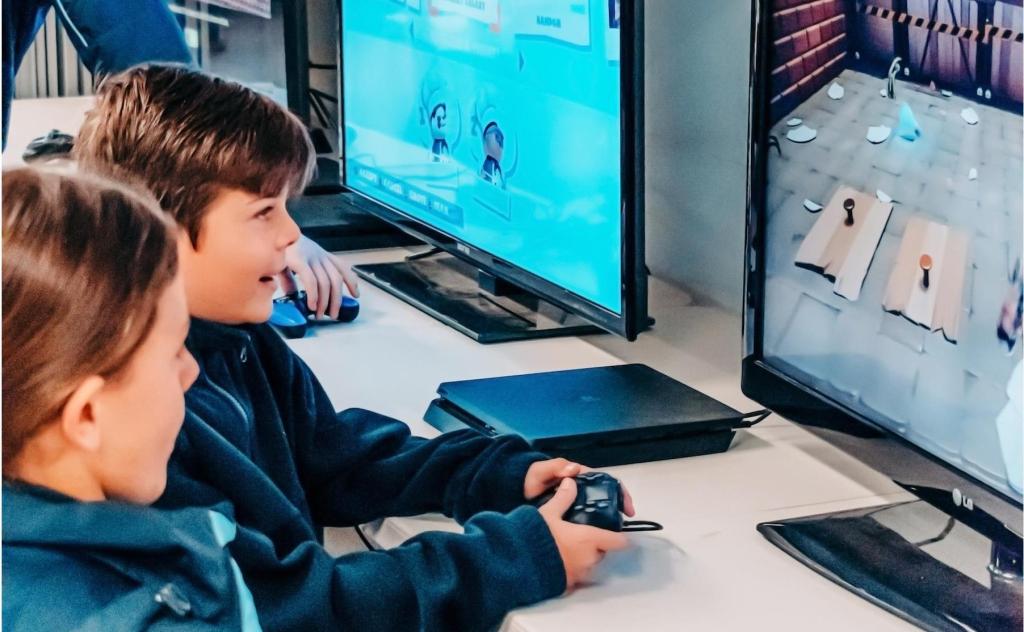 Around the country, there is an increasing awareness of the social, economic, and cultural value of the videogames industry, and its impact on allied industries. Earlier this year, South Australia’s Marshall government instituted a 10% rebate on video game development, a national first, which was supported by industry members from shipbuilding and health, as well as videogames. Several states offer funding for videogame development and related initiatives, with Victoria setting the standard for funding through Creative Victoria and Film Victoria.

But this scattershot approach precludes several states and territories – New South Wales, Australian Capital Territory, Western Australia and Northern Territory do not offer any funding for videogames. This also makes it difficult for communities outside of major cities to access funding and education in games technology, which means they miss out on skills that have an enormous range of applications, from cultural expression to health and construction.

READ: First Look at the Parliamentary Friends of Video Games
Founded by Trawlwulwuy man David Parkin, who is also Managing Director, Luggarrah is a tech education initiative focused on bringing tech education to regional and remote areas, by instilling an enthusiasm about tech in young people who might otherwise miss out for geographic, socioeconomic, and cultural reasons. Parkin wants to encourage industry to invest in rural communities – and to encourage people in rural areas to consider the opportunities that skills in games technology can offer. Rather than encouraging diverse applicants for existing jobs in big cities, Parkin sees that the tech industry and allied industries that use games technology in their daily running could offer unique opportunities to work remotely for people who live in rural areas, including Indigenous people who want to live on Country. With Luggarrah, he hopes to help people outside of the big cities get their foot in the virtual door.

Since 2018, Luggarrah has been delivering two programs to rural and remote communities. The first, Tech on Country, aims to give Aboriginal communities access to creative technologies as a means of cultural expression and preservation, ranging from digital photography to game development. The second are Luggarrah’s GamEd Tech Industry Days, where the organisation brings industry professionals to regional areas to offer an in-person education in new and creative technologies.

Rather than formulating workshops and then delivering them as is, Luggarrah works with communities to understand what they want to learn, or what issues they are hoping that tech education will help them solve, and then working from there.

In-person learning is key to Luggarrah’s model, with Parkin joking, ‘Luggarrah’s head office is on the road. Most of the work gets done out of the front seat of the vehicle.’

He thinks that the best way to break down barriers to access is face to face, noting that in-person events are often something rural students miss out on: ‘There’s a human element that has not been replicated in the online space; those nuanced interactions that lead to other questions and other conversations.’ He continued, ‘I want them thinking, “I can play with it, touch it, pull it apart” – and then for the person who created it to be right there, so if that with a turn of the head I can ask them a question, provide feedback, feed that natural curiosity and inquisitiveness.’

Videogames are a creative medium – but their impacts are much broader than just entertainment. Parkin believes that in helping familiarise rural communities with creative technology, he can encourage people to use the medium for cultural and social purposes. From digital cameras to games engines, he believes that new technology can help Aboriginal communities preserve their culture. As well as hoping to encourage artistic projects like DragonBear Studio’s Innchanted, he sees the practical use for new technology for Aboriginal communities, from health messaging to language revival.

As well as cultural and social impacts, rural communities are well-positioned to join the tech industry, as the international workforce relies on remote work, and can offer lucrative employment opportunities. Rural students already experience significant economic and geographic barriers to events and opportunities in games and tech, with major studios, and industry events like PAXaus and GCAP, running only in major cities. Parkin hopes Luggarrah’s hands-on approach to tech workshops can help give students an edge: ‘When these students go to tech companies or allied industries, they already have portfolios – not just CVs, which are easier to ignore. We get right into projects, so they have something to show for themselves.’

Luggarrah’s programs are designed to underscore the fact that technology doesn’t have to be for other people – and using or working in tech doesn’t have to mean moving to the city. The goal of these programs isn’t to encourage people to move into existing metropolitan games studios, or tech businesses in major cities. Parkin says that despite good intentions, diversity goals like these can be traumatising for Aboriginal people, people of colour, and neurodiverse people, when their new workplaces still might not reflect their needs, experiences, or ways of understanding the world.

With the rise of remote work, and the increasing availability of technology, Luggarrah wants to encourage rural communities to develop the tech expertise to take on remote work in tech, or industries that use games technology, like construction, health, architecture, and other allied industries. This would be achievable without having to relocate – for Aboriginal people who live on Country, this could be a particularly valuable opportunity. ‘It’s wonderful to try and have people enter a studio environment – but a studio environment can be anywhere, nowadays,’ he said, ‘There should be that flexibility.’ He wants to encourage rural communities to take advantage of the changing expectations about remote work: ‘I think a lot of people might not realise that with tech skills, you can take jobs where you can stay in your spot three weeks out of the month, with some in-person interaction for guidance.’

INVESTING IN THE FUTURE

In 2019 Parkin received the Jerry Lawson Grant for Career Development at GDC, awarded that year by advocacy group Blacks at Xbox, to fund Luggarrah’s efforts. He is the first Australian to receive the grant – but the landscape for funding tech and games initiatives in Australia is less welcoming.

For Parkin, the lack of funding is detrimental to Australia’s ability to support a future-focused workforce, and it is a particular challenge to industry diversity. He compares the lack of Indigenous game developers to the huge success of Indigenous screen producers in film and television, pinning the disparity on a lack of policy support. ‘As it is now, there are no positions in the games industry; it’s not large enough to support people coming through. And for people who respond to that issue by starting their own studios or their own projects, they come up against the fact that there’s no funding.’ In 2021, he’s looking forward to getting Luggarrah back on the road, and working more with industry bodies like IGEA to advocate for policies that are pro-videogames and pro-technology.