The game was officially revealed with a debut gameplay trailer that showed off sleek action and innovation.
Leah J. Williams 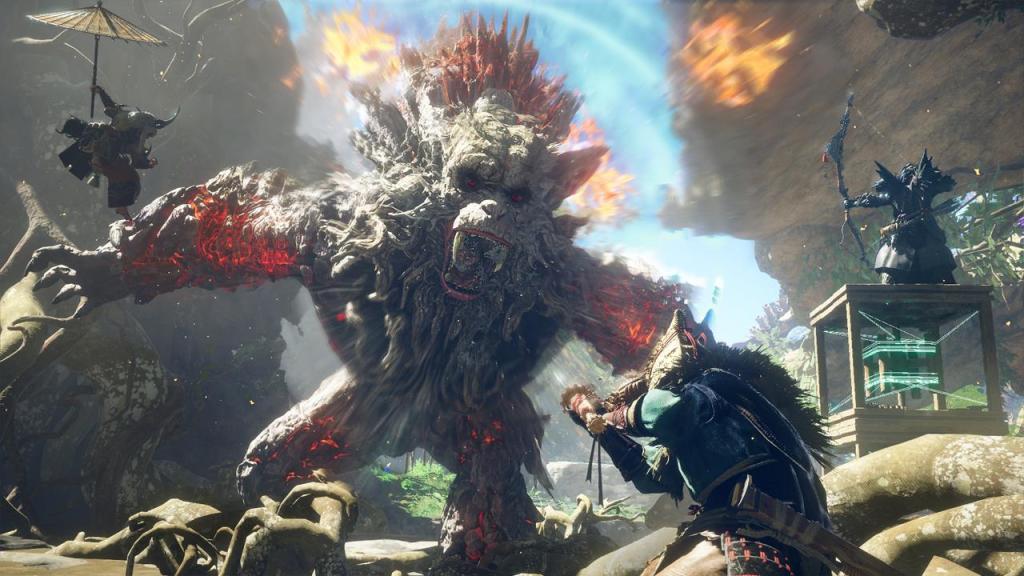 EA and Koei Tecmo have officially confirmed their upcoming Monster Hunter rival, Wild Hearts, is set to launch on 17 February 2023 – much sooner than anyone expected. In a decade filled with major hype cycles and frequent game delays, it’s rare to see a company announce a major blockbuster as being only a few months away. It’s an extremely refreshing approach, and should keep Wild Hearts firmly on the mind as we head into a stacked 2023.

In its debut gameplay trailer, Wild Hearts looked very impressive. This monster hunting game will feel familiar to those who’ve played Capcom’s Monster Hunter, but there does appear to be several unique tweaks that should keep the action unique and deadly.

The trailer introduces players to a range of monsters – towering ‘nature-infused’ beasts called ‘Kemono’ – as well as the intriguing tools they’ll have at their disposal to corral these monsters and fight back. ‘Karakuri’ will aid this quest well – it’s the ancient art of creating sophisticated mechanisms and devices crafted from ancient technologies.

Karakuri will help players craft major traps which can perform a variety of functions – holding creatures with hooks, stunning them, and freezing them in place. These mechanics appear to work quite similarly to the traps of Monster Hunter, but their placement and creation appear to be a more involved part of gameplay.

You can check out the dazzling new trailer below:

‘With Wild Hearts, not only did we want to showcase the evolution, infusion and real threat caused by Kemono, but we also wanted to create a game where crafting was at the core of the experience, redefining what can be possible in a beast hunting game,’ Yosuke Hayashi, Executive Vice President of Koei Tecmo Games said in a press release.

‘We have placed great care in designing our Karakuri to fit within the combat, and we’re excited for players to use these powerful mechanisms to fight giant beasts and traverse the world.’

Here’s the official game description, courtesy of EA and Koei Tecmo, which confirms players will be able to travel solo, or in co-op:

Wild Hearts takes place in Azuma, a fantasy landscape inspired by feudal Japan, that is now rampaged by the once peaceful Kemono – altering their environment at the cost of citizens’ lives. The Kemono range from plant-infused squirrels, to the massive Kingtusk wild boar. After a dreadful fight with the winter wolf Deathstalker, players become bearers of a life-sustaining technology and are compelled to restore balance across the region.

In Wild Hearts, players journey through Azuma as a lone wolf or pack-hunt with up to two friends thanks to the game’s co-op and crossplay features across all platforms. Players can expand their battle plans and go on special missions while pack hunting, join other hunters in the world or take on Kemono on their own.