Tencent, which owns Riot Games and has stakes in Epic Games among others, has made a strong environmental commitment.
Edmond Tran 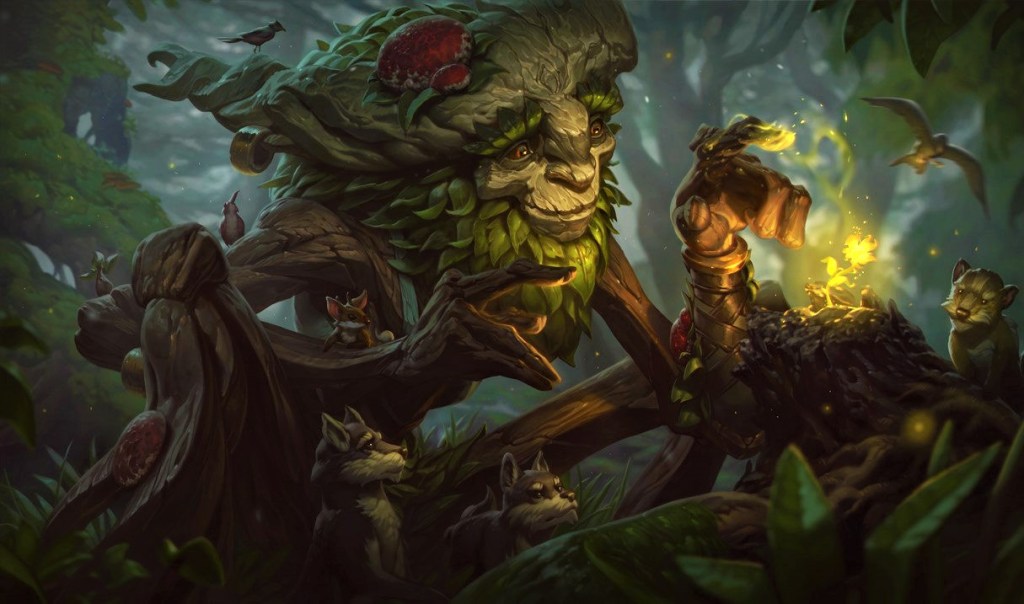 Ivern from League of Legends, developed by Riot Games, owned by Tencent.

Tencent, the Chinese tech giant which owns and holds major shares in a significant number of video game companies around the globe, is making a strong pledge to go green.

According to Reuters, the conglomerate has made a vow to achieve complete carbon neutrality across all of its operations – including its supply chain – by 2030. What’s more, Tencent is also committing to using renewable, green energy for all of its power by 2030, as well.

Tencent has a 100% ownership stake in major video game companies like Riot Games, Funcom, the Sumo Group and Turtle Rock Studios, a 40% stake in Epic Games, and varying degrees with dozens of other companies. Tencent also owns countless other tech, entertainment, medical and communications companies, including WeChat, the dominant messaging app in China.

A review of Tencent’s emissions in 2021 found that it was generating an equivalent of 5.111 million tonnes of carbon dioxide in 2021.

According to the South China Morning Post, Tencent’s chairman and CEO stated that ‘It is Tencent’s responsibility as a global technology leader to help the world achieve carbon neutrality, and it’s also an essential part of our vision to use “tech for good”.’

‘Not only do we believe this is the right thing to do for society, but we are eager to play our part as the global community progresses towards a carbon-neutral and more sustainable future’

Tencent’s pledge has a significant impact. As one of the world’s largest companies involved in video game publishing and development, the strength of their example is one that needs to be followed closely by others in the space.

Games researcher Dr Ben Abraham, whose forthcoming book Digital Games After Climate Change scrutinises the carbon footprint of video games, told GamesHub, ‘This adds real weight to the rest of the industry, and shows just how unambitious many of the industry’s major players are.’

‘Tencent were sorely lacking in this area, and it’s incredible to see them charge ahead. Will take a lot of work to get there and we will need to hold them to their pledge, but this is hugely encouraging.’

‘Ever since the codification of Xi Jinping thought and its emphasis on developing an “environmental civilisation” in the CCP constitution, we’ve seen many of these sorts of sudden leaps in ambition. Here’s hoping the other major players in the industry are willing to match!’

Elsewhere in the game industry, Microsoft made a pledge in 2020 to be carbon negative by 2030 – meaning it would work to remove the carbon footprint caused by the emissions it had generated since its inception in 1975.

Sony has pledged carbon neutrality by 2050. It also pledged to plant some trees if enough people played Horizon Forbidden West for two hours.