The 2022 Xbox and Bethesda showcase finally gave us our first look at Bethesda's upcoming RPG, Starfield, in an extended demo.
Edmond Tran 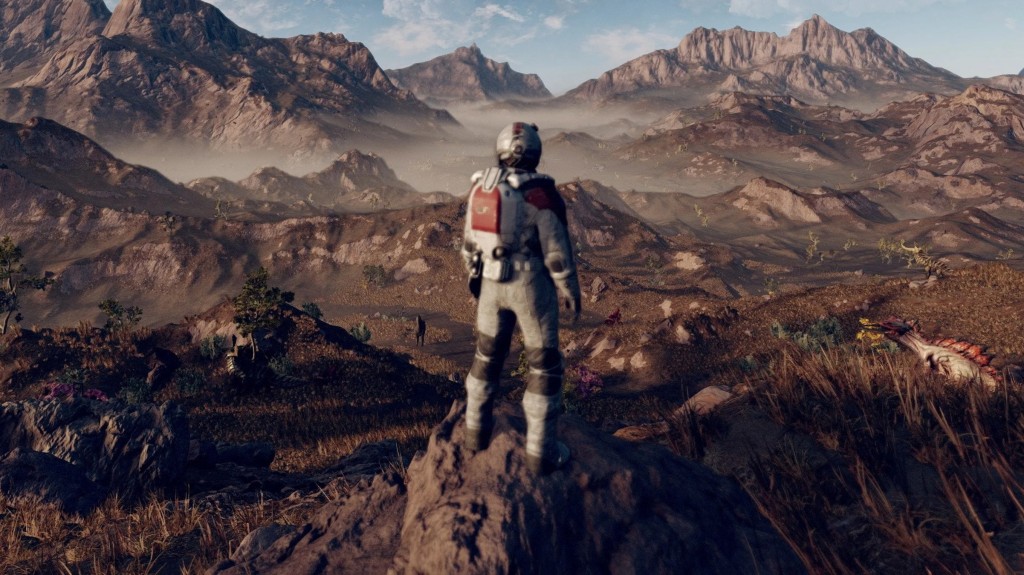 The 2022 Xbox and Bethesda showcase finally gave us our first look at Bethesda’s highly-anticipated upcoming RPG, Starfield, in an extended gameplay reveal. Game director Todd Howard closed out the show by detailing a number of the game’s essential aspects.

The Starfield presentation started on a moon called Crete, where the player character disembarked a spaceship with a robot friend named VASCO, encountered passive local wildlife, and mined for minerals in a sequence very reminiscent of No Man’s Sky.

Upon discovering space pirates who had taken over a research facility, the demo showed off some gunplay, featuring the RPG-infused first-person shooting style we’ve seen in games like Fallout 3, and Cyberpunk 2077. A variety of weapons were shown off, as well as a bit of hacking in between.

The Starfield demo then jumped to Constellation, a city of space explorers, where a bit of the game’s narrative was unveiled. The story involves artefacts, a variety of futuristic cities, quirky characters, and competing factions. It was reminiscent of The Outer Worlds, which was, of course, influenced by the style of RPG popularised by Bethesda Softworks.

Starfield’s character creator was also showcased, featuring appearance customisation, background traits and perks, the skill system (which requires you to unlock a skill, then improve a skill with repetition – a mix of systems seen in previous Bethesda games), and a research system for gear and weapons.

The ability to create and customise your own space base, and even your own spaceship, was also detailed, as was a bit of starfighting.

In many ways, it looks and feels like many of Bethesda Softworks’ existing games, but with a heightened degree of ambition. The ability to explore and land anywhere on a variety of planets was the note the demo ended on, highlighting the game’s scope and size.

Starfield is coming to Xbox consoles and PC in 2023.