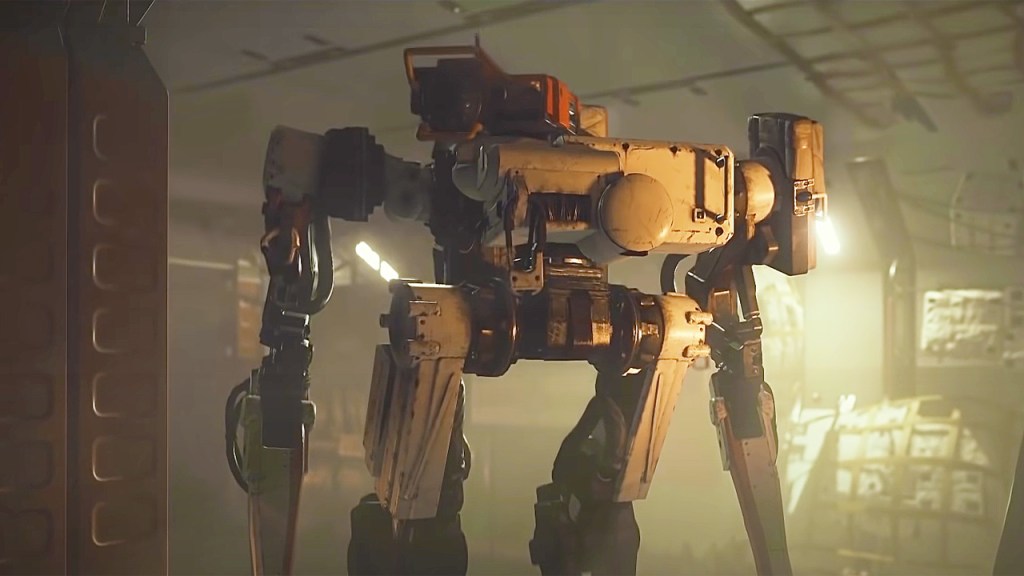 It’s dangerous to go alone – but in Bethesda’s upcoming survival adventure Starfield, you won’t have to. In a new behind-the-scenes look at development of the game, the company has revealed one of the many companions that can accompany you on your long journey: VASCO, the all-terrain robot.

VASCO, who has been seen in concept art, is an early model robot built by the game’s Lunar Robotics corporation, and rocks a number of ‘refurbishments’ to meet the standards of space travel. He’s a little bit rickety, but he’s apparently ‘well-suited’ to traversal, and should prove to be a handy companion as you explore further into the world of Starfield.

‘Vasco’s design is based on a standard Type-A bipedal chassis capable of traversing rough terrain with all the survival gear and payload capacity needed for extended overland journeys,’ Istvan Pely, Starfield Lead Artist said in the new video, via IGN.

According to Pely, VASCO does have some defensive capabilities, but will largely be a peaceful robot. So while he’ll be able to aid your spacefaring adventures, you won’t be able to rely on him for cover fire should your situation turn deadly.

Despite having a number of dents and bruises from years in the field, Pely made clear that VASCO would be a reliable companion that ‘players could depend on’. With a calming robotic voice, and what sounds to be a sweet disposition, VASCO might just be an excellent choice of companion for your Starfield adventures.

That said, Bethesda has been fairly cagey about Starfield so far, with only scant glimpses at the game’s world, characters and gameplay.

VASCO is just the first companion to get a dedicated showcase – but as in Skyrim, it’s likely you’ll get a range of choices when you finally get the chance to explore the game.

Starfield is currently set to launch on 11 November 2022 for Xbox Series X/S and PC. It will be available day one on Xbox Game Pass.