An industry insider has flagged that the upcoming Fallen Order sequel will be known as Star Wars Jedi: Survivor.
Leah J. Williams 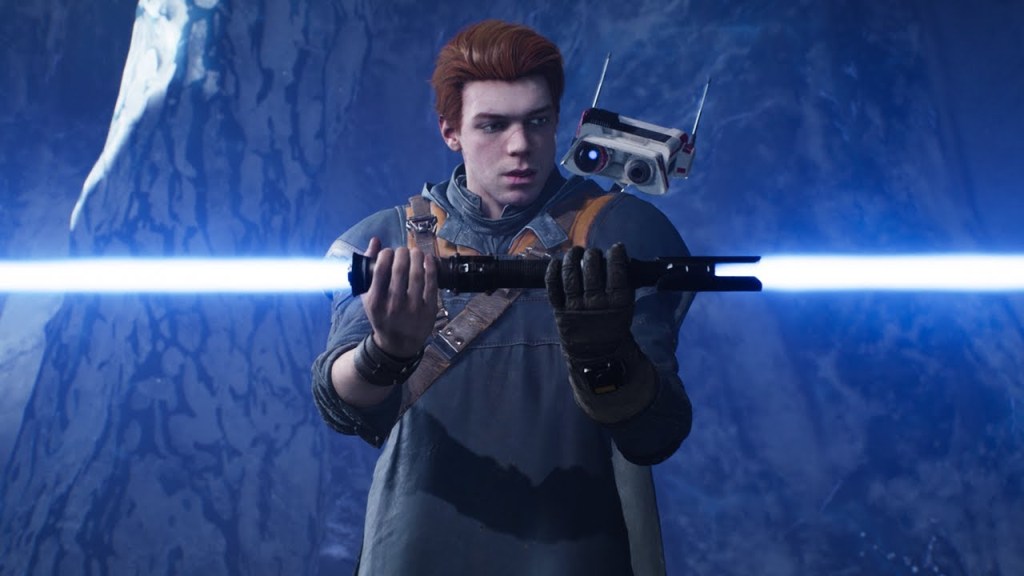 Star Wars Jedi: Fallen Order was a major success for EA when it launched in 2019. Following a slew of disappointing adaptations, this title was one of few Star Wars video game adventures that garnered high praise and enthusiasm from critics, as well as the franchise’s notoriously picky fanbase. Now, an industry insider is sharing more about the game’s sequel – and when it could release.

According to Jeff Grubb, a VentureBeat reporter who has become known for his reliable insider scoops, the subtitle of the new Star Wars Jedi game will be ‘Survivor‘.

‘Star Wars Jedi: Survivor… you got it. You nailed it. Well done,’ Grubb reportedly said on stream, after a chat member appeared to successfully guess the name of the sequel. ‘That’s the name.’ While this was not elaborated on, it did not appear to be a joke.

There’s every chance Grubb’s sources have it wrong, but Survivor is a nice fit for the game, and would certainly align with the Star Wars lore concerning Jedi and their position in a hostile galaxy.

Fallen Order takes place five years after Revenge of the Sith, and depicts a world where Jedi are at the mercy of Order 66, the clone protocol that identifies all Jedi as traitors to the Galactic Republic that must be killed on sight.

While Fallen Order largely focussed on protagonist Cal Kestis roaming planets semi-deserted by humans, like Dathomir and Kashyyyk, it’s only a matter of time before he runs into the Republic and its goon squad on his adventures. As a Jedi, Kestis will always be on the run – making Survivor a rather appropriate moniker.

In addition to the alleged name of the game, Grubb also reported details about the game’s release. According to him, Star Wars Jedi 2 will be for Xbox Series X/S, PlayStation 5 and PC only, and will not be available for last generation consoles.

This would align with recent trends – Gotham Knights recently cancelled its last generation ports in an effort to better focus on improving the ‘next gen’ experience.

According to Grubb, the reason for this decision is that Survivor will not be coming until 2023, when PlayStation 5 and Xbox Series X/S consoles will presumably be more available and widely adopted by keen players.

For now, it’s best to take this information with a grain of salt. While Grubb has a history of reporting accurate rumours, it appears news of the Star Wars Jedi sequel remains hearsay for now. Keep an ear to the ground, and it’s likely we’ll hear more about this game from official sources shortly – perhaps even at the massive Summer Game Fest showcase in June 2022.