The brand new trailer for Gotham Knights has shown off unique abilities for Red Hood and Nightwing.
Leah J. Williams 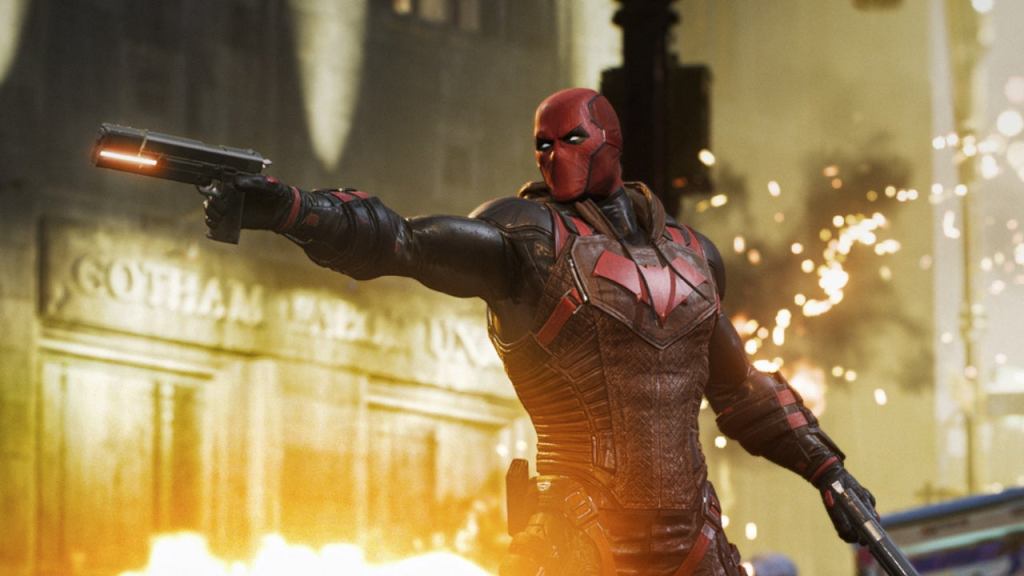 A brand new gameplay trailer for Gotham Knights has shone a major spotlight on Red Hood (Jason Todd) and Nightwing (Dick Grayson), two of the game’s four wily protagonists. The 13-minute showcase illuminates each character’s unique combat and traversal abilities, as well as a Jason Todd redesign that has already sparked controversy amongst comic book fans.

To kick things off, the new trailer shows off each character’s new and flashy combat styles.

Nightwing is fairly agile, and ‘ping-pongs’ around the battlefield using acrobatic, stringed attacks – much like how Batman moved in the Arkham series of games. He utilises his billy clubs and gymnastic skills to get around and defeat enemies.

Red Hood is depicted as a mystical character in Gotham Knights, with the ability to use ‘soul energy’ leaps to cross the sky. This isn’t too far off his depiction in the source material – Red Hood was briefly able to summon mystical blades from his arms in DC’s modern continuity – but it’s certainly a wild new ability to give the fan-favourite character.

In addition to these leaps, the new trailer showed off Red Hood’s combat abilities, which are largely ranged, gun-fu based attacks – he’s like a magical John Wick, really.

Both characters are able to use their abilities in co-op battles to take down enemies in streamlined, team-based fashion.

Also revealed in the trailer was the ability to customise each character’s outfits in subtle ways. New gear will completely change the aesthetic of characters, with a number of Red Hood and Nightwing costume variants shown off. One version of Red Hood’s costume is heavily armoured, another resembles a hockey player, and a third appeared more samurai-like.

Unfortunately, you won’t be able to change the actual appearance of characters – which is a real shame in the case of Jason Todd. While usually depicted as a lithe fighter, Gotham Knights has interpreted the character as a heavy-set brute, complete with a buzzcut and impressively prominent jaw.

The decision to heavily redesign the character is likely in an effort to differentiate him from the similarly-built Dick Grayson, who strongly resembles his comic counterpart here – but fans are already expressing their hatred for the new version of the character.

‘Looks like someone named Chris who just got out of the military and found out his wife was getting railed,’ Twitter user @gothamfreak wrote. Others have encouraged Todd to keep the Red Hood mask firmly on, so that players won’t have to look at his face.

With the character barely resembling his appearance in the comic source material, the design is largely a disappointment for fans. Still, his appearance shouldn’t take away from the game’s smooth-looking combat and worldbuilding, which were also on show in the new gameplay trailer.

There looks set to be plenty of enemy-stomping goodness in this interpretation of the Batman universe.

Intriguingly, the new trailer has also arrived alongside an update confirming Gotham Knights will no longer release for PlayStation 4 and Xbox One as originally planned. Instead, it will be exclusive to PlayStation 5, Xbox Series X/S, and PC exclusive when it launches on 25 October 2022.

For those who still aren’t able to obtain a new-generation console, the news will likely come as a major disappointment.