The highly-anticipated sequel to Golf Story officially has a release date – and it's very soon.
Leah J. Williams 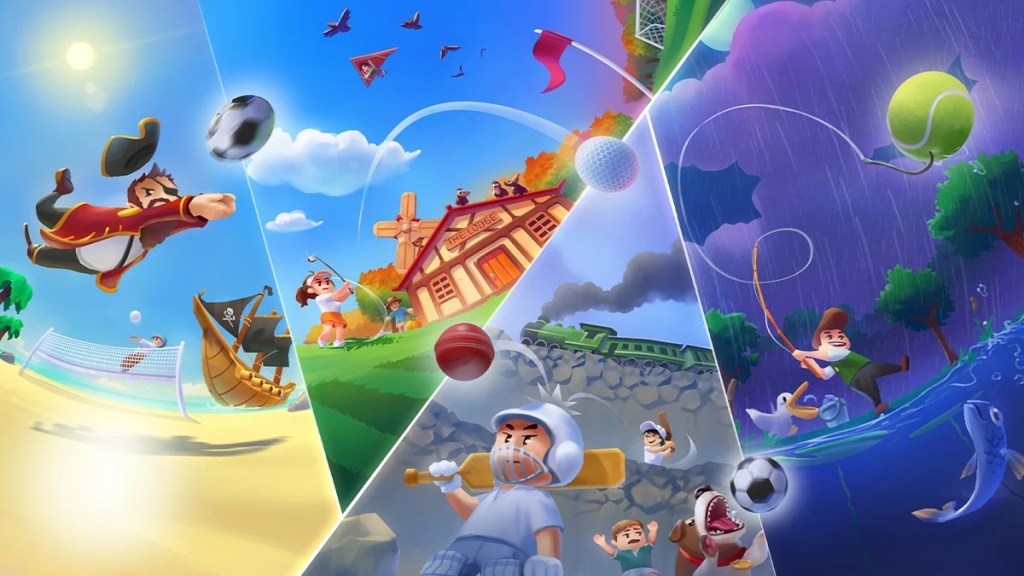 During the latest Nintendo Indie World presentation, Sports Story made a surprise appearance. Originally expected to launch in 2021 before being indefinitely delayed, new updates on the title have been rare – but as revealed by Nintendo, it now has an official release date: December 2022.

A new trailer for the game revealed the planned launch, while showing off brand new activities and locales. It appears players will be able to play a massive range of sports in this adventure RPG, including fishing. You’ll also be able to play golf (of course), mini-golf, soccer, BMX, volleyball, cricket, and tennis in your quest to become a sporting legend.

When you’re not throwing a ball around or catching fish, you’ll be able to explore a mall, ancient ruins, an idyllic forest village, and dungeons, or catch a life on a train or helicopter to conquer quests far and wide.

As the trailer made clear, and much like Golf Story, Sports Story isn’t just a sporting simulator. It’s actually a massive adventure quest where sports are a part of your long journey. You’ll spend a lot of your time playing sports, but you’ll also have opportunities to become a detective, explore strange worlds, meet kangaroos, and ‘take on a bit of espionage’.

Check out the wild new trailer below:

While Sports Story has not specifically been dated, we can expect it to finally land in December. In the meantime, you can always visit the world of Golf Story – or revisit it. The original game is an absolute delight, and this long-anticipated sequel should more than live up to its legacy.

Elsewhere in the latest Nintendo Indie World, a bunch of new releases for Nintendo Switch were announced – including Inscryption, Desta: The Memories Between, Coffee Talk Episode 2: Hibiscus & Butterfly, and WrestleQuest.

You can watch the latest Nintendo Indie World here.