The Sims 4: My Wedding Stories will now release in Russia after much public debate.
Leah J. Williams 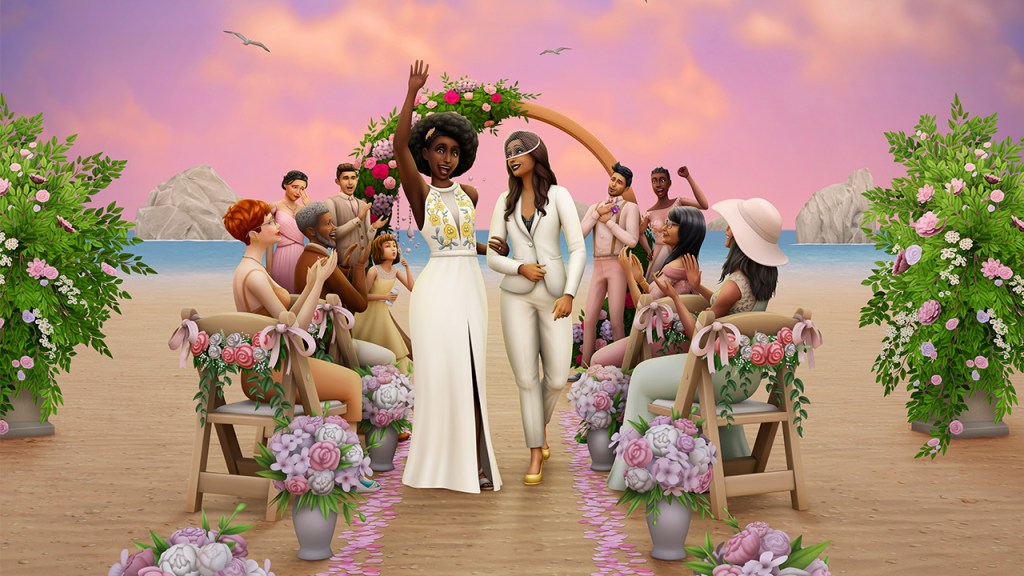 After initially announcing The Sims 4: My Wedding Stories would not release in Russia – because the pack centres a same-sex couple – EA has reversed the decision, announcing it has listened to feedback and completed a reassessment of what content it can launch in the region.

Russia is an extremely conservative country that does not support the rights of LGBTQIA+ people, and has recently instigated a crackdown on LGBTQIA+ activism, including content that supports homosexual relationships.

When My Wedding Stories was announced, EA claimed it would need to ‘compromise’ its values in order to release the pack in Russia.

‘We are steadfast in upholding that commitment by shining a light on and celebrating stories like Dom and Cam’s, so we have made the decision to forgo the release of My Wedding Stories where our storytelling would be subject to changes because of federal laws,’ EA said.

An update to this post has confirmed My Wedding Stories will now release in Russia, following consultation and an ‘outpouring of feelings’ from within the Sims community.

‘Last week, we shared the below update about our upcoming game pack My Wedding Stories. At the time, we believed that our team could not freely share the storytelling of same-sex couple Cam and Dom in Russia,’ EA said.

‘Since then, we’ve been listening to the outpouring of feelings from our community including both support for our decision and concern for their fellow community members. It’s equally important for us to stand by our values, including standing against homophobia, and to share stories like this with those who want and need it most.’

‘With this in mind, we’ve reassessed our options and realised we can do more than we initially believed and we will now release The Sims 4 My Wedding Stories Game Pack to our community in Russia, unaltered and unchanged, featuring Dom and Cam.’

To ensure everyone can enjoy the new pack together, My Wedding Stories will be pushed back to 23 February on PC and console.

‘Love is love, and The Sims community will continue to be a safe space for those who want to see a world where that is true for everyone,’ the new update concluded.

It’s a strong message for all players of The Sims, and a move that takes a solid stance against discrimination around the world. As many fans and commentators pointed out, not releasing the pack at all would have been a form of self-censorship that only reaffirmed harmful beliefs. Reversing the initial decision is a great move – and a powerful statement for players that need all the support they can get.