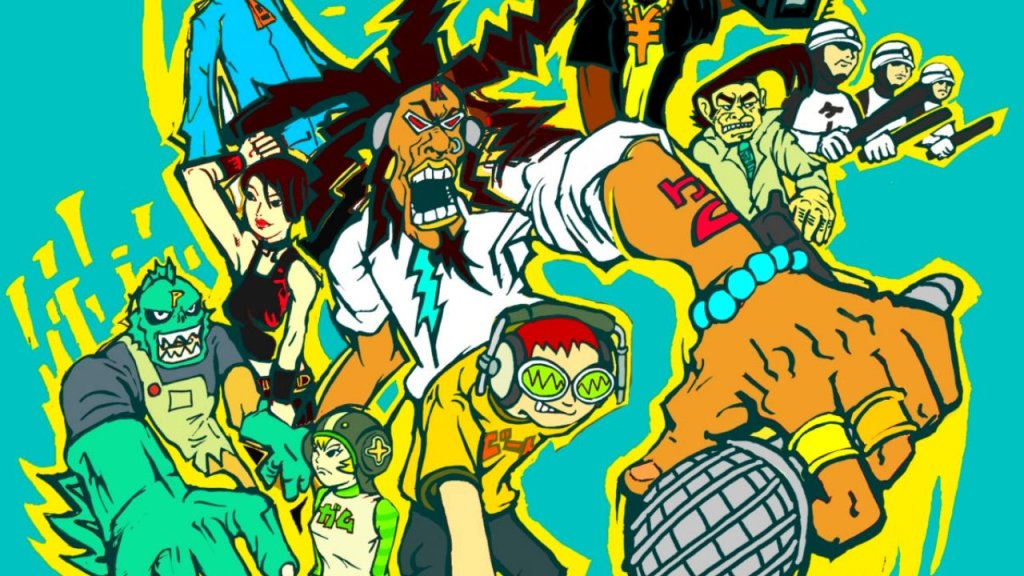 A new report from Bloomberg has claimed Sega is currently working on large-scale reboots for cult favourite games Jet Set Radio and Crazy Taxi, both of which were major hits in the early 2000s. While not much is known about either title, it appears they’re part of Sega’s ‘Super Game’ push, which aims to revolutionise the company’s AAA gaming output with new technologies – potentially even NFTs.

Bloomberg’s report indicates Sega is interested in both projects as potential launching pads for a Fortnite-like universe, with Jet Set Radio feeling the most likely for a metaverse-style adaptation. The game is notable for its cool early 2000s ‘street’ aesthetic and sleek traversal mechanics, and could certainly help Sega build the online social community it’s reportedly chasing.

With original Jet Set Radio artist Ryuta Ueda re-joining Sega in late 2021, a reboot of the classic game seems incredibly likely. The game was a massive success for the company, and still has a dedicated fanbase today.

Crazy Taxi was also a major hit for Sega when it launched on consoles in 2000, with the original title spawning multiple sequels and spin-offs, including handheld and mobile games. According to Bloomberg, a reboot of this game has been in the works for ‘over a year’, with plans for it to launch within the next two to three years.

Both Crazy Taxi and Jet Set Radio were named in a recent annual report from Sega as franchises with major reboot potential, although given both alleged reboots are in the ‘early stages’, Bloomberg states there’s a chance they could still be cancelled.

In addition to these two known titles, Bloomberg has speculated there are at least two other games that round out Sega’s Super Game plans. One of them is reportedly an FPS, while the nature of the other is unknown.

Despite the alleged shakiness of Sega’s plans, there’s plenty of reasons for classic Sega fans to get excited. While spiritual successors to these games are in the works, with Bomb Rush Cyberfunk being a notable Jet Set Radio follow-up, seeing these games return with Sega at the helm could be a long-awaited joy.

The vague nature of Sega’s Super Game plans – and the mention of NFTs – will likely strike fear in the hearts of some fans, although it does appear Sega is well aware of the important legacy of both titles. Hopefully, it will be unwilling to tarnish these reboots with controversial and anger-inducing technologies. We’ll have to stay tuned to see how the company’s alleged plans turn out.