Scarface: The World Is Yours game had a cancelled sequel

Radical Entertainment was reportedly working on a sequel to the beloved game before it was ultimately scrapped.
Leah J. Williams 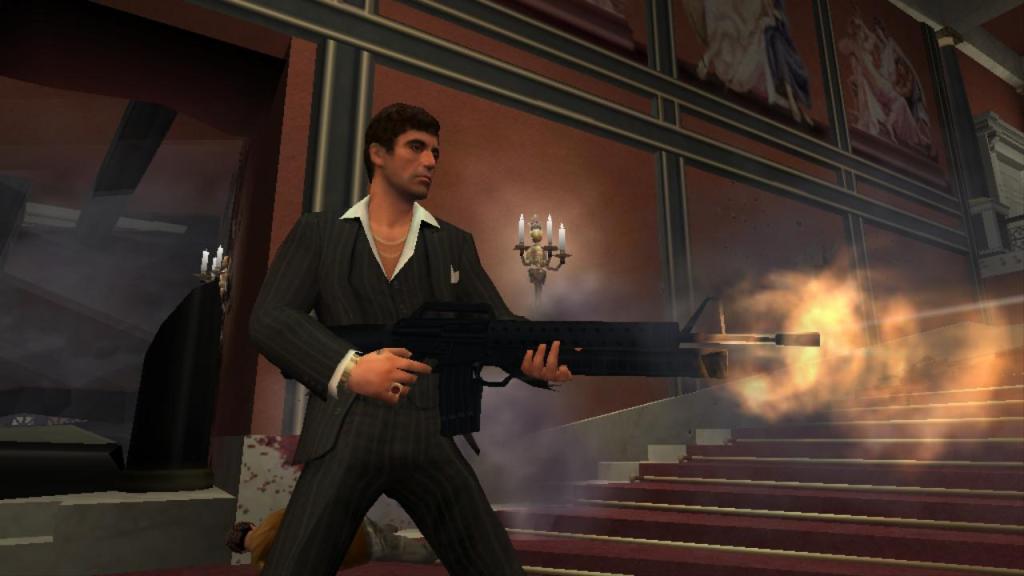 Scarface: The World Is Yours came as a bit of a surprise when it launched on PS2, Xbox, and PC in 2006 – more than two decades after the original Scarface film released in cinemas. It could easily have been a simple cash grab, as many licensed titles of its era unfortunately were – but the clever decision to take inspiration from Grand Theft Auto for its design, combined with some snappy writing, led the game to critical acclaim. According to concept art shared by YouTuber Mafia Game Videos, it now appears this beloved title was set to get a mainline sequel, before it was ultimately cancelled.

Screenshots spotted by Mafia Game Videos appear to have been live on the ArtStation accounts of several former Radical Entertainment employees for years, with key art details indicating they belong to a previously announced sequel to The World Is Yours, known simply as Scarface II.

Key environment art by Rick Rische (Matte/Concept Artist) shows off a humming Las Vegas strip, and several clubs that line a busy street. This would likely have been the major setting for the sequel – or at least, it would have been a core location.

Further models and textures from Laurie Kindiak (Matte Painter) depict the inners of a glamorous casino location, as well as an odd-looking morgue, likely used for torture. West Studio concepts dive deeper into the game’s shiny Las Vegas aesthetic with a number of exterior locales filled with bright lights and expensive cars, as well as a glowing gas station by a quiet roadside, and a night trip through a rocky desert.

Rodger Grodan, who worked as an Environment Artist for Radical Entertainment, also provided a number of glimpses at parking stations under the planned Las Vegas casino setting, which are described as being part of the opening levels of the game.

Outside of this key art and scattered details, this appears to be all that remains of the planned Scarface sequel. Even with Mafia Game Videos gathering the remaining scraps of the game together, we only have a very slim idea of what this sequel would have explored. Given Scarface is a standalone story with a definitive ending, it’s unclear what a video game sequel would have focussed on, or whether it would continue to adapt the source material.

Regardless, this preserved video is an intriguing look at a game that never quite made it to fruition. At one point, publisher Vivendi (owner of developer Radical Entertainment) had major plans for Scarface: The World Is Yours to kick off a multi-game franchise, which would have continued with this sequel.

Positive reception for the first game likely drove this decision, although it does appear that the property rights transfer from Vivendi to Activision Blizzard in 2008 complicated plans and ownership. Ultimately, it appears Activision Blizzard chose not to pursue development on the sequel despite the game being officially announced, with the rights to Scarface later drifting back to Universal Pictures.

As it stands, these pieces of concept art are the only reminders of what could’ve been.