RimWorld has been removed from Steam in Australia

The removal follows an apparent attempt to classify a console version of the game in Australia.
Leah J. Williams 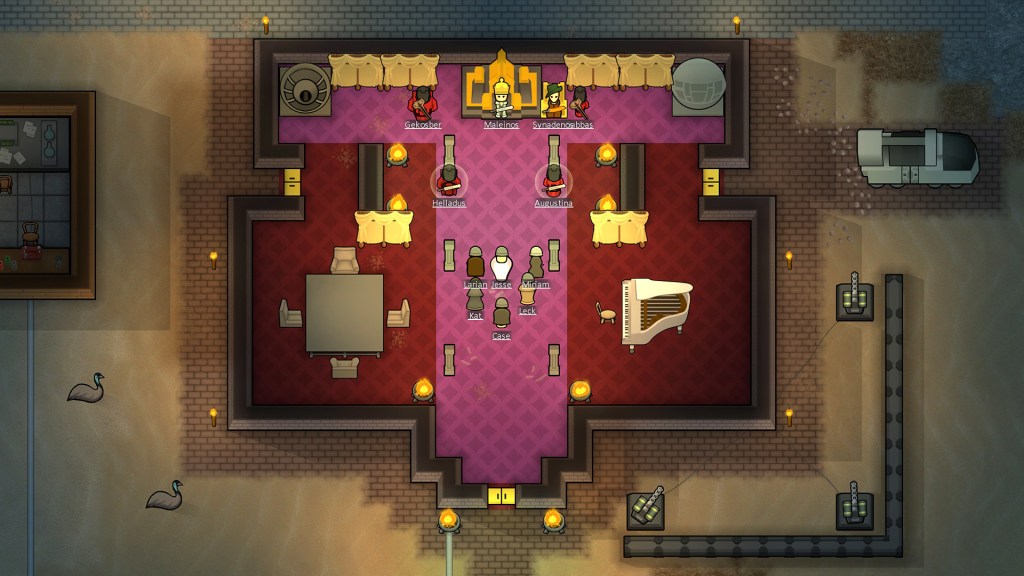 RimWorld, the space colony simulator first launched in 2013, is no longer for sale in Australia. The Steam listing for the game now lands on a dead page, with prospective buyers told that ‘an error’ has been encountered in the process of checking out the game.

‘This item is currently unavailable in your region,’ RimWorld‘s Steam page now reads. The update was noticed on Saturday, and follows an apparent attempt to get a console port of the game classified in Australia.

As noted by several prominent websites, this attempt failed, with the game instead nabbing a Refused Classification (RC) rating, effectively banning it from sale. The Australian Classification Board listing was later pulled offline, with new permissions required to view the page. Now, it appears something much bigger is going on behind the scenes.

Read: RimWorld for consoles has been refused classification in Australia

Why was RimWorld removed from Steam?

The reason cited for RimWorld‘s initial RC was that:

‘The computer game is classified RC in accordance with the National Classification Code, Computer Games Table, 1. (a) as computer games that “depict, express or otherwise deal with matters of sex, drug misuse or addiction, crime, cruelty, violence or revolting or abhorrent phenomena in such a way that they offend against the standards of morality, decency and propriety generally accepted by reasonable adults to the extent that they should not be classified.”‘

One of RimWorld‘s many DLC chapters added in the ability to farm and use drugs for in-game rewards, which is likely what sparked the ire of the Australian Classification Board. With the content discovered in the potential console version, and therefore already being part of the PC version, it’s likely a decision was made to ban every iteration of the game.

‘We did not expect this to affect the Steam version because in previous similar cases, as with Disco Elysium for example, an RC rating on a console version did not affect the availability of the PC version on Steam,’ developer Ludeon Studios wrote in a news update on Steam (via PC Gamer).

‘I’m sorry this news was so sudden and for anyone who is frustrated by this. We are working to resolve this situation and make RimWorld available to everyone again as soon as possible, but we don’t yet know what that might require or how long it may take.’

Going forward, the studio will analyse potential changes for the game – likely the removal of in-game drugs – and attempt to re-release the game in Australia. It’s unknown whether the planned console port will ever reach local shores.