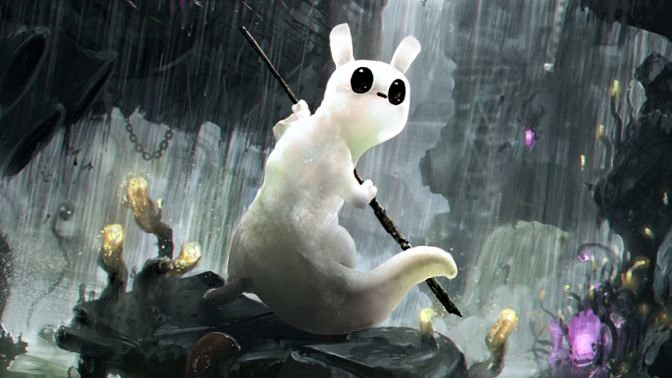 The Slugcat lives on. (Image: Videocult)

In 2017, a little game called Rain World was released for PC, PS4, and Nintendo Switch. A 2D survival platformer where you played as an adorable slug/cat hybrid, it featured absolutely beautiful sombre art, fluid animations, and a savage level of difficulty. All of those aspects put together made the game ripe for a very particular audience, who loudly sing its praises in certain corners of the internet. Now, Rain World is getting an enormous new DLC update called Downpour, as well as a new publisher.

Originally published by Adult Swim Games, the games division of the Cartoon Network brand, developer Videocult has now partnered with Akupara Games, who will be handling publishing duties going forward.

The announcement coincides with the reveal of the Rain World: Downpour DLC expansion, which has been in active development for a number of years. That time and effort shows when you take a look at what’s included in the new release.

Rain World: Downpour features a whopping ten new regions for the game, made up of thousands of new maps and environments. It also includes five new characters with ‘unique abilities, skill sets, gameplay style, and stories’, as well as a passive game mode that lets you safely explore the game’s environments and creature ecosystems. There’ll also be a new challenge mode, for those who’ve mastered Rain World’s difficulty.

For anyone who enjoyed the game, it’s a boon of an announcement. Although Rain World: Downpour isn’t classified as a fully-fledged sequel, it might as well be.

In a press release, James Therrien of developer Videocult said that ‘We hope to give [our fans] something really special here, which will vastly expand the universe in new and exciting ways, tell incredible new stories, and give players more control of their experience.’

Rain World: Downpour is currently available to wishlist on Steam, however no release date has been confirmed.