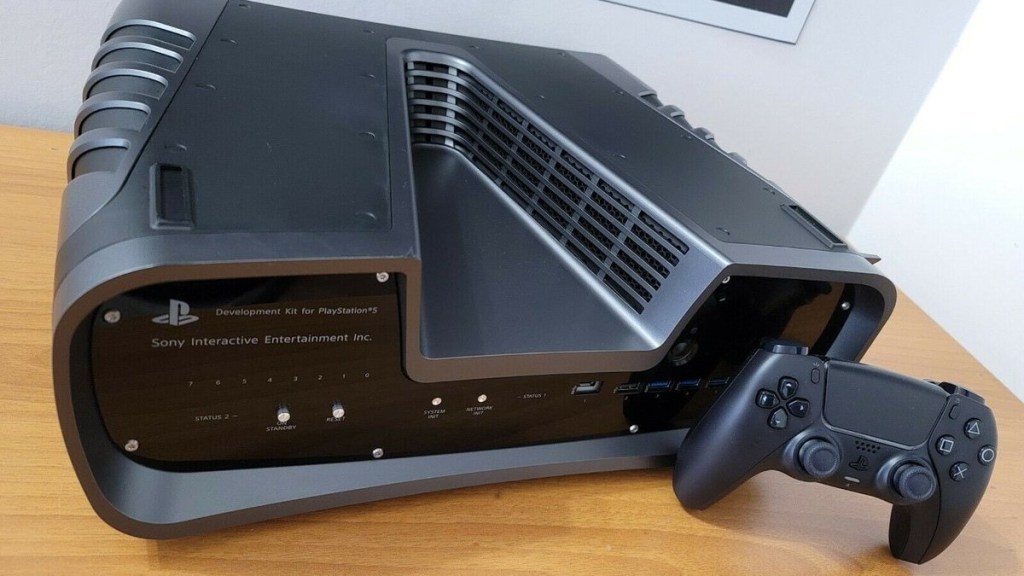 The PS5 development kit looks quite different to the retail console. Image: @Zuby_Tech

PlayStation is kicking off a new initiative that allows publishers and developers in most regions of the world to receive both a complementary PS5 development kit (dev kit), as well as a PS5 testing kit to assist with their game-making endeavours. The company says it is attempting to lower the barrier of entry for independent game developers hoping to publish their work on PS4 and PS5 consoles.

The kits will be provided on the basis of a loan, and countries included in the rollout for this new program include the US and Canada, Europe and the UK, Australia and New Zealand, as well as most of Asia.

To be eligible, prospective developers or publishers will need to register as a partner on the PlayStation Partner website. Applicants must be a legal entity such as a corporation or company. In Europe, applications from sole traders are also accepted.

Read: How digital distribution and game prices are costing developers

The PlayStation Development Hardware Loan Program finally puts the company in line with the protocol already in place by Microsoft. Developers who wish to publish games on Xbox consoles can already receive two console dev kits free of charge.

Regardless, PlayStation’s move is good news for independent developers who are keen to take advantage of the userbases of the PS4 and PS5 when developing and launching their projects.

Many independent games are primarily designed with the PC platform as first priority, and given the large similarities between the Windows and Xbox console environments, we understand that the process of ensuring a game can run on an Xbox console is relatively straightforward.

Recently, we’ve seen several notable independent games launch on PC and Xbox first, with PlayStation versions only coming sometime later. Death’s Door and Rogue Legacy 2 are notable examples that arrived on Xbox, and didn’t appear to have any kind of arrangement to appear exclusively.

Here’s hoping that the opportunity for developers to receive a PS5 dev kit changes that, and that more upcoming independent games can reach a wider audience at launch, with simultaneous releases on all platforms.