Rogue Legacy 2 retains the core of what made the original fantastic, with every feature adding tremendously to the experience.
Chris Button 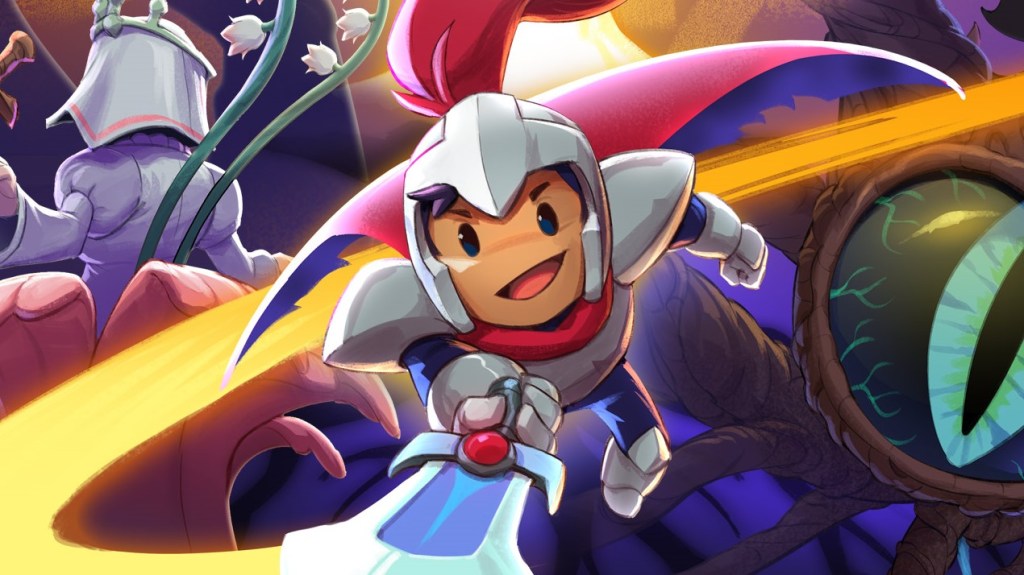 A lot has changed in the roguelike genre since Rogue Legacy launched back in 2013. Dead Cells (2018) gave it a shot in the arm with compelling, fast-paced side-scrolling action, and Hades (2020) reinvigorated the genre conventions to weave an intimate yet epic tale of Greek gods. Rogue Legacy 2 intelligently iterates on the original’s successful genealogical formula, infusing it with nearly a decade’s worth of rougelike learnings to create a brilliant and worthy sequel.

Like the original game, the 2D action-platformer Rogue Legacy 2 sees you exploring a castle overrun by monsters and assorted fiends, and attempting to cure the source of corruption. The main hook is that when you die, you then play as your character’s heir, continuing the family’s legacy.

This heir inherits the gold accumulated on the previous run, which you spend on upgrades including increases in health and damage, in addition to unlocking new classes to play as. It remains a clever narrative justification for the roguelike loop (or roguelite, for the genre purists), one that fuels your motivation to persist through tough sections.

One of the major improvements in Rogue Legacy 2 is an entirely overhauled character class system. One criticism of the first game was that each class –knight, mage, knave, etc. – wasn’t functionally all that different from the others. Beyond varied health, mana and stat allocations, most classes employed the same sword-based combat style. Rogue Legacy 2 completely changes this, and it’s for the better.

While the knight class continues to wield a large, Cloud Strife-sized sword, they now also have a unique shield talent that reduces incoming damage on use. Combined with a sizable health pool, it’s great for beginners learning enemy attack patterns.

Meanwhile, Rogue Legacy 2 changes the basic attacks of the mage to a ranged spell that syphons mana, so you can regularly unleash more powerful abilities. Additionally, rangers use a bow and arrow to snipe foes from afar, plus they have a talent to conjure a limited-time platform in midair, to gain an aerial advantage.

Without spoiling too many of the zany classes Rogue Legacy 2 also includes, the frying pan-brandishing chef and close-quarters specialist boxer classes are among many that will tangibly change the way you play each run.

Like any roguelike, death in Rogue Legacy 2 is only the beginning. Rarely a setback, defeat is merely an opportunity to try something new. Whether it be a different class, exploring a unique biome, mastering a newly-acquired ability, or uncovering a surprising bit of lore, every moment spent is wholly rewarding. Although Rogue Legacy 2 doesn’t hit the same level of narrative intrigue – or outright thirst-worthiness – as genre comrade Hades, its story remains compelling as you piece together the game’s unique story. .

Various forms of meta-progression also add to the ongoing satisfaction of taking ‘just’ one more go – which inevitably turns into multiple attempts until you realise hours have slipped past unnoticed. Adding to gold accrual this time around is a Metroid-style reward system for exploring new areas: By completing challenges within each area, you gain permanent abilities, such as double jumps and dashes that allow you to navigate previously inaccessible locations.

The permanent upgrades also enable Rogue Legacy 2 to have greater variety in its enemy and procedural level design than its predecessor. There’s a satisfying sense of verticality overall as you leap, dash, and slash through foes that require dextrous use of your abilities to succeed.

Further adding to the variety in Rogue Legacy 2 is the addition of the Soul Shop, another form of progression that augments your experience. Here, you take on challenges ranging from class-based mastery time trials, waves of enemies, and remixed boss encounters. Located in the hub area before commencing a run into the castle, it also serves as a helpful training dojo to hone your skills in a risk-free setting.

Completing challenge requirements nets you Soul Stones that go towards various bonuses – none more compelling than unlocking new class weapons. These weapons drastically change how you play a class you otherwise might be familiar with, like the sword-wielding knight who gains the option of using a pizza as a weaponised boomerang – and yes, it is precisely as silly and fun as it sounds.

This signature charm and humour extends to the traits system, a returning feature from the original game, where heirs receive randomly-assigned buffs and debuffs. Named after personality attributes and medical conditions, some traits make runs easier, through shop discounts or a smaller hitbox, while others conspire against you, such as the Pacifist trait that removes your ability to damage enemies.

The upside to debuffs is that you generally gain a decent boost to your gold intake for the duration of the run. Sometimes, traits are purely for fun. I will never fail to giggle at IBS, which makes your character fart incessantly. You could argue it’s juvenile and unfunny, but you’d be wrong.

Every new feature contributes towards improving the concept Rogue Legacy executed so well nearly 10 years ago. Rogue Legacy 2 flourishes with a stylish new art direction, swapping pixel art for clean lines and sharp details on each screen. Even the environment backgrounds pack plenty of beautifully coloured vistas and details to uncover, telling a story about the crumbled society you’re fighting to save. There’s also a post-game difficulty modifier system similar to Hades‘ Heat levels, offering plenty of enticing challenges that beckon you to return. My first successful run roughly took a cumulative 30 hours, with the promise of plenty more to discover when I return.

Rogue Legacy 2 is the perfect sequel. It retains the core of what made the original fantastic, with every feature adding tremendously to the experience. Its cleverly revised class system adds near-limitless gameplay variety, which makes each attempt fun – even when you fail abysmally. This game is everything I wanted from the follow-up, and then some.