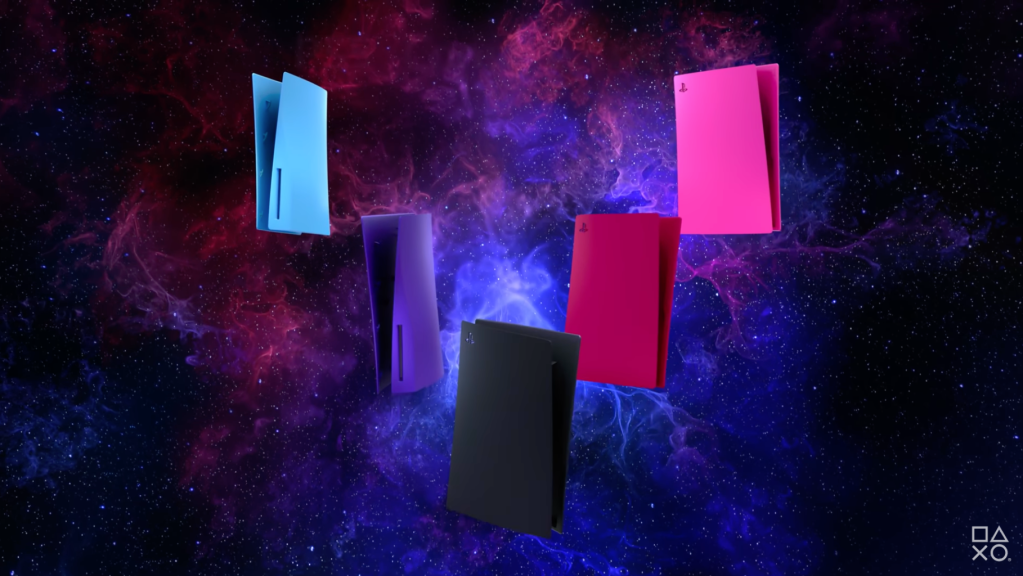 Following a year-long battle against customisers, who took it upon themselves to release custom skins and covers for the PS5, PlayStation is finally entering the faceplate race with official PlayStation 5 console covers set to launch in January 2022.

Nova Pink, Starlight Blue and Galactic Purple controllers will arrive in January 2022, and will be followed by the release of the Cosmic Red and Midnight Black covers. They all look rather fetching, but the pink is particularly fun.

The Nova Pink, Starlight Blue and Galactic Purple covers are scheduled to release later, in the first half of 2022.

Official consoles covers have been anticipated for a long time, largely because PlayStation took such a hard stance against customisers working in the space.

Dbrand, a company selling unique faceplates, was recently hit by a cease and desist for selling black PS5 faceplates, and other companies have also run into legal trouble for offering their own customisation options.

While it’s unclear whether PlayStation was always planning on creating their own custom options, a recent patent filing seems to indicate plans for official plates may be new, or inspired by customisers already working in the field.

Regardless, it should be exciting for those looking to customise their console. Custom plates were fairly inaccessible and expensive in Australia previously, but this should provide a welcome second option. While PlayStation’s custom range isn’t particularly novel, the colour choices here are great, and should make any console more eye-catching.

So far, exact pricing for the PS5 faceplates has not been announced. Custom pieces were previously on the market for around the $50-70 mark, although PlayStation has not confirmed how competitive its pricing will be. Stay tuned to the PlayStation Blog for more details.