The Polium One is pitched as the 'first NFT games console' and requires keen players to buy an NFT to preorder it.
Leah J. Williams 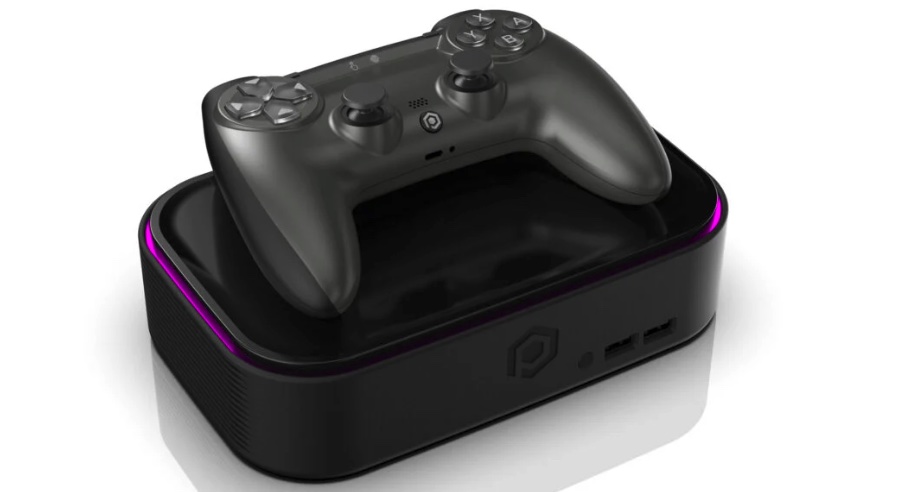 A brand new console designed to run NFT and blockchain-based games has been announced by Web 3 company Polium, amidst a massive crash in the NFT market. While the console will reportedly become available to keen users in Q3 2024, there every possibility that NFTs will no longer be sold by the time it arrives.

That will likely not be an issue for Polium, as its console preorder system requires keen gamers to pre-purchase an NFT ‘Polium Pass’ on the blockchain, which will then allow them to place a preorder. At this stage, it’s unclear what the price of entry will be – but the lack of transparency and scam potential is reason enough to avoid the console entirely.

Given the NFT market has just recorded a 12-month low – it hit just US $1 billion in sales as of June 2022, down from a peak of US $12.6 billion in January 2022 – the timing of this console launch also couldn’t feel more out of touch. The peak of mainstream interest in NFT and blockchain-based games has already passed.

According to Polium, the development team is currently in talks with a number of blockchain-based game developers – but no specific games have been listed for the console just yet. That’s not to mention that the console’s website appears to contain a number of discrepancies.

As pointed out by Kotaku, the specs listing for the Polium One appear to suggest the console will have ‘4K Ultra HD, TouchID, 8K HDR, Ray Tracing, up to 120 frames per second’ – features that are largely impossible. As many others have pointed out on Twitter, 8K 120FPS gaming is not currently viable, even for the latest mainstream gaming consoles.

TouchID is also a proprietary software owned by Apple, and not available for independent developers.

There’s also the fact that the Polium mockups appear to include stolen game artwork, and an emblem that largely rips off Nintendo’s GameCube logo.

‘The console will be powerful enough to run high-performance games and will be easy to use for a traditional gamer who doesn’t understand Web 3,’ the console’s Medium page reads. ‘Not only will this solve a problem but it will also bring mass adoption into the Web 3 space.’

‘The community will help us build the console’s hardware and software. We will have a channel on Discord for the community to share their ideas and vote on the features they would like to see on the console.’

While the Polium One appears to have lofty ambitions, there’s extreme doubt about whether the company will actually see this console through to completion. Heavy criticism has already been levelled at the device, with many calling out its bold, copyright-infringing ambitions, and claims it can’t seem to meet.

In return, Polium has claimed it’s the victim of ‘bot attacks‘ and a fear of the unknown, and that it will lead the future of blockchain-based gaming. Given there may not be much of an NFT future left by 2024, take this declaration with a heavy dose of salt and scepticism.