It probably means nothing. But it'd be exciting if it meant something.
Edmond Tran 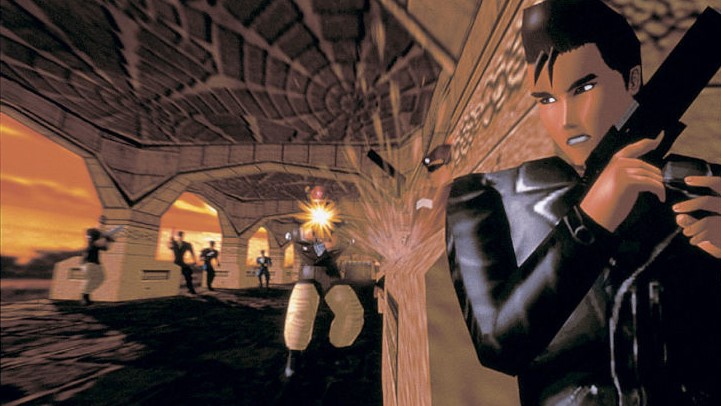 For those of us old enough to remember arcades and the PlayStation One era in general, the name Time Crisis might spark a lot of fond memories of shooting your CRT television with a plastic gun peripheral, or stomping a big metal foot pedal and blasting bad guys as your tried to impress your teenage date before a movie. Well, guess what: Bandai Namco has been spotted filing new trademarks for its classic lightgun properties, Time Crisis and Steel Gunner.

As spotted by VGC, the two trademarks were registered with the Canadian Trademarks Database (here’s Time Crisis, and here’s Steel Gunner) and both are associated with the following goods and services:

Of course, this doesn’t necessarily mean that the company is planning on reviving the franchises in the near future – this could just be Namco protecting its property on the off-chance that it does want to use it again sometime.

There’s the slim chance that it could be planning on releasing Time Crisis as a PS1 Classic on the all-new PS Plus service, or that it could be manufacturing new Time Crisis machines, either as one of those personal mini Arcade1Up cabinets that seem to be all the rage, or as full-sized ones for amusement centres around the world.

But really, the idea of any new Time Crisis game is an exciting one. The last Time Crisis game was released in arcades in 2015, but not on any home console. That’s likely because Bandai Namco’s original lightgun peripheral technology hinged on using CRT television technology, which quickly became obsolete in the 2000s.

Attempts to make a new GunCon accessory for the LCD and Plasma era required using extra sensors (like the Nintendo Wii remote), which was cumbersome, and certainly not as responsive or satisfying. Time Crisis 4 was the last home console release to use this, and that was in 2006.

A lot of time has passed since then, with independent manufacturers like Sinden crowdfunding lightgun solutions that work very well on modern television displays, and with emulated games. We can always hope Bandai Namco is aware of these advancements, and is on the cusp of bringing back both Time Crisis and Point Blank for a new generation.