A brand new Fatal Fury / Garou game has been revealed to be in production by SNK.
Edmond Tran 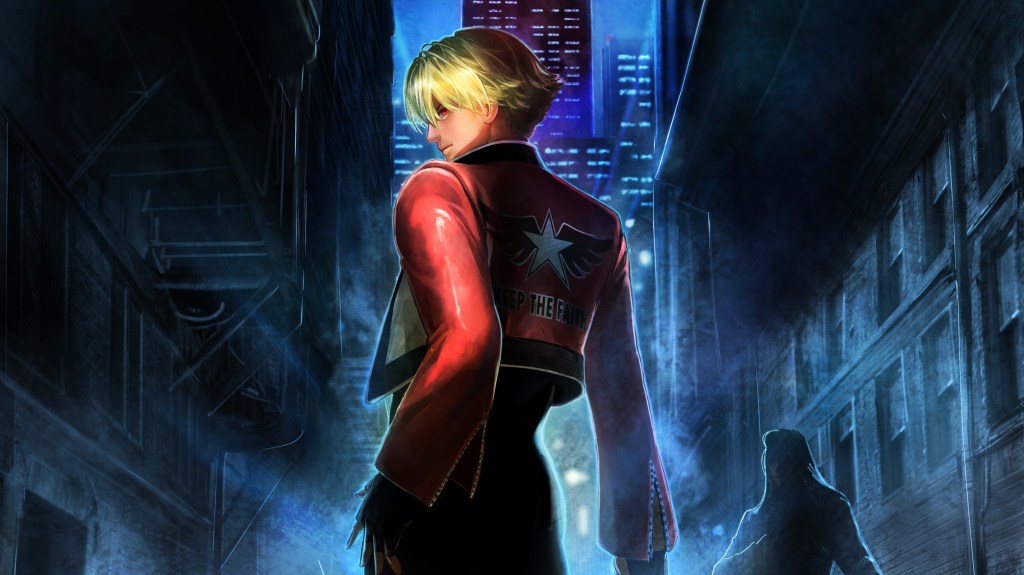 SNK has announced that a new title in the Fatal Fury fighting game series, also known as the Garou / Garo Densetsu series in Japan, has been greenlit for production. The news was revealed as part of the Evolution Championship Series 2022 (Evo 2022), an annual fighting game tournament held in Las Vegas.

It’s a surprising announcement, given the last game in the Fatal Fury series was released in 1999. Called Garou: Mark of the Wolves, it served as a reset for the series.

It featured a beautifully-animated 2D art style that was industry-leading at the time, and introduced a brand new cast of characters – the only exception being the series mainstay and SNK mascot, Terry Bogard. Despite Garou’s critical success, an in-development sequel was cancelled, with the characters only making further appearances in SNK’s long-running crossover fighting game, The King of Fighters.

It also features the very telling silhouettes of two returning characters: Stylish bad guy Billy Kane with his signature bo staff, and the long-haired Kain R. Heinlein, the final boss of Garou: Mark of the Wolves.

‘The city of legend still breathes’, reads the trailer, referring to Fatal Fury’s setting of Southtown, a crime-riddled metropolitan city.

‘Hungry wolves back on the prowl’ it continues, referring to Rock Howard and, potentially, Terry Bogard, who is called the ‘Lone wolf’ of the series. The Japanese title of Fatal Fury, ‘Garo Densetsu,’ also literally translates to ‘Legend of the Hungry Wolf’.

The announcement of the new game arrives after the majority of developer and publisher SNK was purchased by Saudi Prince Mohammed bin Salman, who owns over 96% of the company as of April 2022. The acquisition was a move to diversify Saudi Arabia’s investments, especially in the creative media and pop culture space, seemingly in an attempt to attract attention away from the country’s alleged human rights violations.

With that greater context taken into consideration, the announced continuation of an iconic 1990s fighting game franchise certainly conjures up some mixed feelings, to say the least.