The King of Fighters XV Review – In Fighting Fashion

The King of Fighters XV continues the fast-paced and exciting nature of the series, but the art direction still leaves a lot to be desired.
Edmond Tran 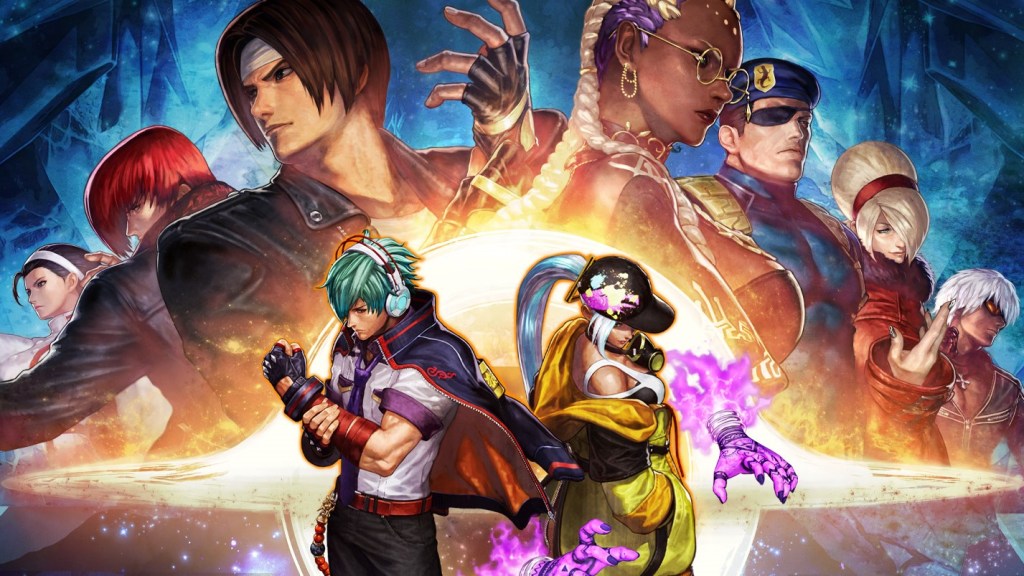 The King of Fighters XV is a bizarre time capsule. To glance at the select roster of 39 characters in 2022 is to look back at 30 years of evolving fighting game character designs and game mechanics, as well as changing fashion trends and attitudes. None of it works very together – it’s a colourful clash of personality and aesthetics that can seem bizarre and gaudy. But under the hood, The King of Fighters continues to be as exciting and interesting as ever.

A 2D fighting game series known for its striking character designs, beautiful sprite art and hand drawn visuals, The King of Fighters XV marks SNK’s second attempt in bringing the series to life with a 3D graphical engine. Where The King of Fighters XIV was miserably bland, XV fares much better with a lot more saturated colour and explosive visual effects. The result is more vibrant, and does better justice to the game’s unique character designs and busy stages.

But colour, particle effects, and dynamic camera angles still don’t quite hide what feels like an uninspiring and straightforward art style, especially in 2022. What The King of Fighters XV lacks is a more adventurous sense of holistic art direction that speaks to the unique traits of this series and its characters. The clean, porcelain faces of each character make each of them feel far more generic and alike than they should be.

In what feels like an effort to counteract this, the character redesigns established in XIV continue to push extremes. While SNK is a company that has always been known for risque designs and fully-figured characters like Mai Shiranui, The King of Fighters XV continues to push the envelope and give a number of its existing fighters a very noticeable boost in proportions, while making the most of the more lively body physics afforded by a robust 3D graphical engine.

The male fighters aren’t spared from this. Many of the slim, muscular characters have received Rob Liefield-style redesigns – hulking torsos and bulging muscles that make them look like large sacks of potatoes about to burst out of their tight t-shirts and formerly loose-fitting jeans. It’s all very off putting at first.

Not every character gets this treatment, however. Two of the new characters introduced in XV exemplify the two schools of design: buxom psychic Delores somehow wears only sleeves and chaps, and represents the school of hypersexualised 1990s comic book character approach. Isla, on the other hand, represents the regular series check-in with trendy, modest, and practical Japanese youth street fashion – gas mask and ethereal hands notwithstanding.

Looking at the roster for The King of Fighters XV is like going back in time to see those changing trends. Characters like Kyo Kunsanagi represent the 1990s when a ‘cool’ character meant someone serious and mature, and characters like K’ represent the edgy apathy of the 2000s. Current protagonist Shun’ei is designed with a modern sense of ‘teenage cool’ that is bizarre to me – he sports headphones, a necktie, a wallet chain, with a jacket draped over his shoulders. He makes me feel old, which probably means it’s accurate.

The result is a cast that ranges from now-deformed classic characters, fashion disasters (subjectively speaking), and titillating women, which makes the roster feel both indecent and absurd. However, knowing that The King of Fighters has always liked to play with fashion and style, as well as having an established predisposition for gender-fluid characters as much as it does the hyper masculine and feminine, some of whom return in XV, it feels like it’s all in good faith. That said, it’s still a mess.

It’s loud and gaudy, flashy and colourful, with an amount of style that makes it sometimes hard to look at. As someone who loved the strong aesthetic of the first 13 games in the series, created with 2D art, King of Fighters XV still hasn’t sold me on its new visual direction.

But of course, what’s most critical in a fighting game is that the fighting systems are robust, and King of Fighters XV thankfully has that down, no problem. Collecting a variety of mechanics that the series has played with over the years, King of Fighters XV is a rewarding title to play, though it does have the capacity to overwhelm.

Quick movement options like running, short hops, and high jumps keeps the action moving quickly. Rolling adds easy manoeuvrability and avoidance options, and can be used to turn the tables or escape if you’re pinned down in the corner. Shatter Strike is a powerful, universal attack that can open an opponent up on offence or force one away on defence. You can use your accumulated energy to perform stronger versions of your special moves, which you can also cancel into super moves, and then into Climax moves.

The sheer quantity of these systems can be a barrier to entry for new players, and the command inputs in The King of Fighters are still more demanding than most fighting games. But some concessions have been kept for approachability’s sake – mainly in the game’s automatic Rush combo mode. Provided you’re close enough, simply tapping a single button will unleash a powerful string of attacks, which incorporate tougher-to-execute super and Climax moves, depending on what you have available to you at that point in the match.

It’s likely you won’t need to use the full suite of tools while playing the light single-player story mode, which is serviceable and features some pleasant, but mostly dull story sequences. What matters is that when playing against enthusiastic players online, it feels like there is always a good counter in your repertoire to whatever kinds of techniques your opponent is throwing out, at least at this early stage in the game’s life.

The King of Fighters XV also features rollback netcode for its online multiplayer, meaning even matches with opponents overseas give the impression of being low latency – a technology which feels like witchcraft.

Given the high bar the King of Fighters series has historically set itself in terms of style, it’s still difficult to be completely on board with its relatively boring contemporary art direction. But knowing the staying power of the series, perhaps this’ll merely be an amusing footnote another 30 years down the line, for better or worse.

What’s important is that King of Fighters remains an exciting fighting game in XV. Visual style aside, the roster continues to be full of varied characters with interesting movesets, and the underlying mechanics make its matches fast-paced, explosive, and great to watch or play.

A PlayStation 5 copy of The King of Fighters XV was provided and played for the purposes of this review.