My Time at Sandrock will launch in early access this May

The sequel to life simulator My Time At Portia is aiming for a bigger, wilder tale this go around.
Leah J. Williams 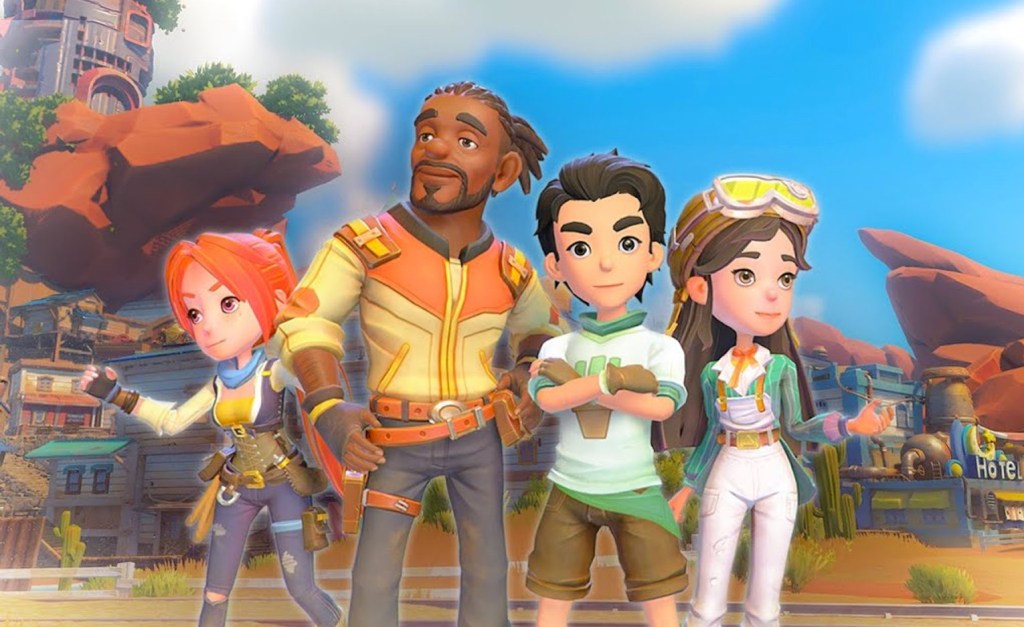 My Time at Sandrock, the sequel to enchanting life simulator My Time At Portia, has confirmed an early access launch for 26 May 2022 via Steam and the Epic Games Store. In this adventure, players will be able to discover the brand new world of Sandrock, which is vastly different to the lush land of Portia.

Sandrock appears to be an outback town, with plenty of dusty red rocks, sweeping desert vistas and sandy grounds to build on. Players will be tasked with tilling the land, and preparing it for crops even as the sun beats down on cracked plains.

This go around, there’ll also be a number of new activities: early screenshots show off a dancing mini-game, and there’s also a rather beautiful lantern release mechanic, which appears to be part of an in-game festival.

As in the last game, you’ll be able to make new friends, farm, fish, build machinery, and carve out your own personal story as you establish yourself in Sandrock and ‘save the town from the jaws of economic ruin’. While Portia was a green locale filled with exotic plant-life and creatures, it appears Sandrock will need a bit more help.

The environmental focus on this sequel is an intriguing hook – and one that’s rarely touched on by life simulators. It should help inject the game with a real sense of purpose as players have the capability to transform the land into a thriving paradise.

Read: Why Rune Factory 5 doesn’t work as a life simulator

Developer Pathea Games believes early access is necessary for the studio as it learns more about player habits, and how they interact with the game. Based on this behaviour, content will likely be introduced or changed.

‘The My Time series community is very important to our studio, and we believe Early Access is a unique opportunity to learn from our players what changes are the most important to them before proceeding to fully launch the game in the future,’ Pathea Games said on Steam.

‘Early Access will last a year to let us refine the game further and add new features and endgame content.’

During this period, the game will be fully playable, but Pathea will be ‘implementing story quests for NPCs, finishing the main questline, fleshing out the world, and generally polishing the game’ on an ongoing basis. Music and art will also be improved during early access, so that My Time At Sandrock can eventually launch in a more well-rounded manner, likely in 2023.

For now, early access players will be able to jump into the game on PC from 26 May 2022, with new features planned to hit the game in the months following this launch.