Monkey Island returns with a new game from Ron Gilbert 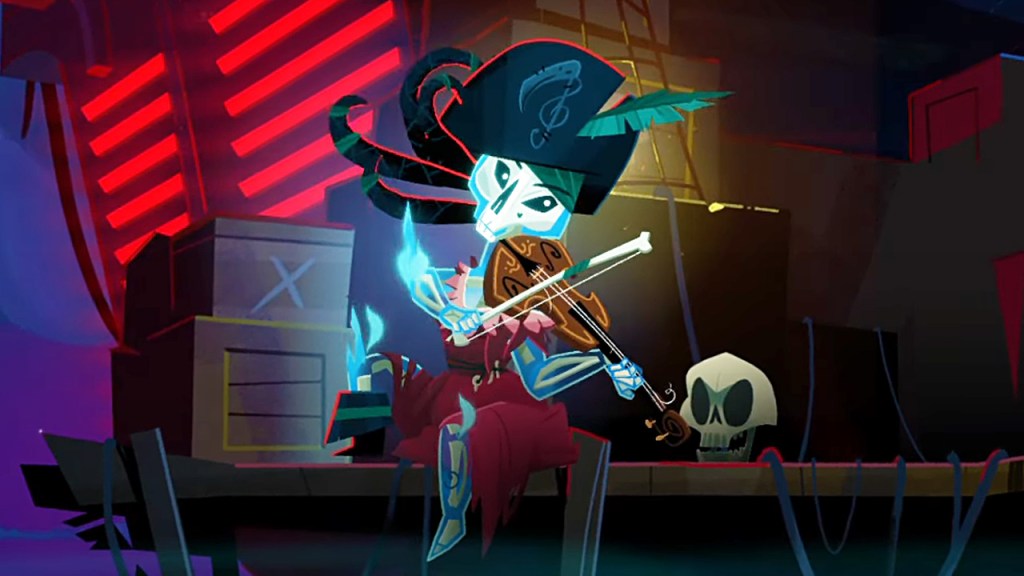 Monkey Island, the iconic point-and-click adventure game franchise, has pulled off its most swashbuckling heist yet: a surprise return in 2022, almost 30 years after the last ‘mainline’ game was released. Return to Monkey Island is a direct sequel to The Secret of Monkey Island and Monkey Island 2: LeChuck’s Revenge, and is being developed by Ron Gilbert’s Terrible Toybox, in collaboration with Devolver Digital and Lucasfilm Games.

Ron Gilbert and David Grossman will again helm the franchise they helped create (alongside Double Fine’s Tim Schafer in the 1990s), returning to the iconic tale of pirate Guybrush Threepwood for another sail around the bend.

It appears Return to Monkey Island will largely ignore the events of other games in the franchise – which have been developed by third party studios like Telltale Games and other developers within LucasArts. Gilbert and Grossman’s new tale will instead continue from the conclusion of LeChuck’s Revenge. That said, there will be some nods to the games that came before, in the form of returning characters like Murray the demonic skull.

According to Ron Gilbert, who took to Twitter to answer fan questions, while most of the canon will be set aside, The Curse of Monkey Island will remain, despite technically being the ‘original’ sequel to LeChuck’s Revenge. As a result, Return isn’t being given the official ‘Monkey Island 3‘ moniker.

You can check out the first teaser for the new game below:

It doesn’t reveal much, and largely focusses on a delightful, violin-playing skeleton, but it’s an exciting early reveal that should get fans of the franchise extremely hyped to see more.

Ron Gilbert has been vocal about wanting to return to the Monkey Island franchise over the last few decades, even penning blog posts about what a new game would look like in 2013. It appears Lucasfilm Games finally took him up on that offer, although its unknown if this is the same game Gilbert planned on making nearly a decade ago.

Either way, it’s very exciting to see the franchise return.

Even decades on, The Secret of Monkey Island remains the standard for point-and-click adventures, with its high seas action, vast mystery, and complex puzzles never quite being topped. The original duo of Monkey Island games are phenomenal, and raise an incredibly high bar for video game storytelling.

With the original creators of these games on board for Return to Monkey Island, there’s high hopes this unexpected sequel does justice to the iconic, pirate-themed franchise. It’s set to land at some point in 2022.