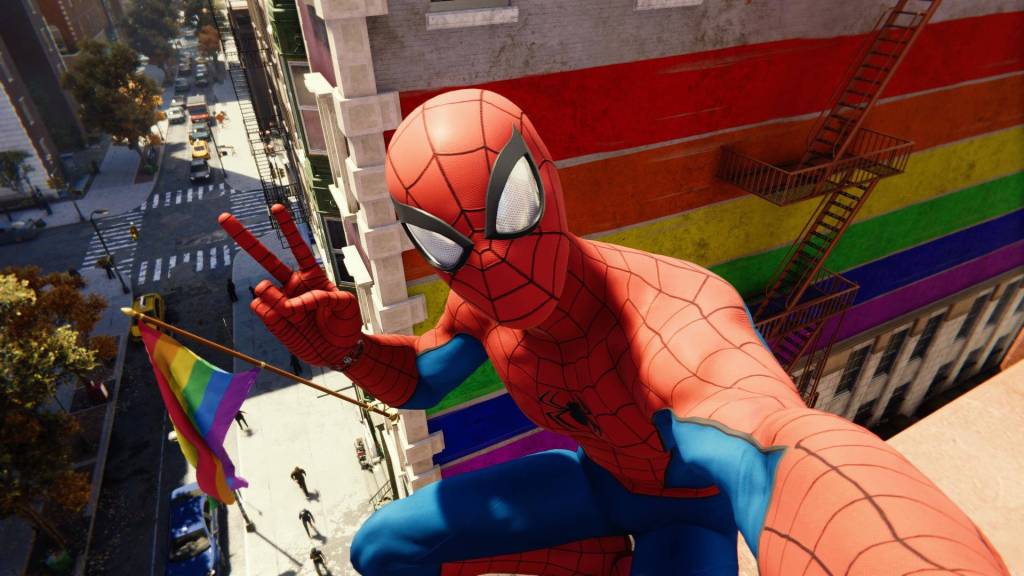 Popular modding websites Nexus Mods and ModDB have announced they will no longer allow anti-LGBTQIA+ mod content on their servers after a ‘cowardly’ Marvel’s Spider-Man mod that removed LGBTQIA+ flags from the game caused public outcry.

Nexus Mods announced the change in a blog post calling the decision ‘very easy’. The user that uploaded the mod had both their new and old accounts banned – it appears they used a ‘burner’ account to upload the mod – and they have now been removed from both the Nexus Mods and ModDB communities.

‘Recently there’s been some silly drama on our site that was sparked by someone uploading a mod for Spider-Man Remastered. The mod replaced the very few Pride flags the game actually has with the already prevalent USA flag texture from the game. The mod was removed from Nexus Mods and the author was banned,’ Nexus Mods said in a blog post.

‘The fact the user needed to make a sock puppet like a coward to upload the mod showed their intent to troll and that they knew it would not be allowed. Had they not been a coward and had they used their main account instead, we would have simply removed the mod and told them that we did not want to host it, only banning them if they reuploaded it again after being fairly warned.’

‘We are for inclusivity, we are for diversity. If we think someone is uploading a mod on our site with the intent to deliberately be against inclusivity and/or diversity then we will take action against it … If this policy upsets you, if we’ve broken some moral code of conduct as a business that you can’t accept, then please, delete your account (bottom option) and move on, as we will.’

Following this decision, ModDB also released a public statement about the mod, confirming it had deleted the content and banned the users associated with it.

‘ModDB is an inclusive environment for all and we do not permit targeting marginalised groups,’ it said on Twitter. ‘Our content moderation is largely automated but when identified, we have a zero tolerance policy for this kind of content.’

As with Nexus Mods, it will continue to enforce its inclusive policy in future, removing targeted and hateful content wherever it is identified.

Both websites taking such a public stance is extremely welcome. The removal of pride flags in the game created an aggressive and awful narrative online, with some claiming it wasn’t discriminatory to remove subtle references to the LGTBQIA+ community – while others corrected this sentiment, reinforcing the active harm that erasing diverse voices can cause.

The most frustrating part of this controversy is that Marvel’s Spider-Man only contains rare glimpses of LGBTQIA+ flags – glimpses that are inconsequential to gameplay. The idea that a particular modder could take issue with even these scant details is horrific. Now, at least, Nexus Mods and ModDB have confirmed that the pride flags are here to stay – and that no anti-LBGTQIA+ content will be available on their servers going forward.