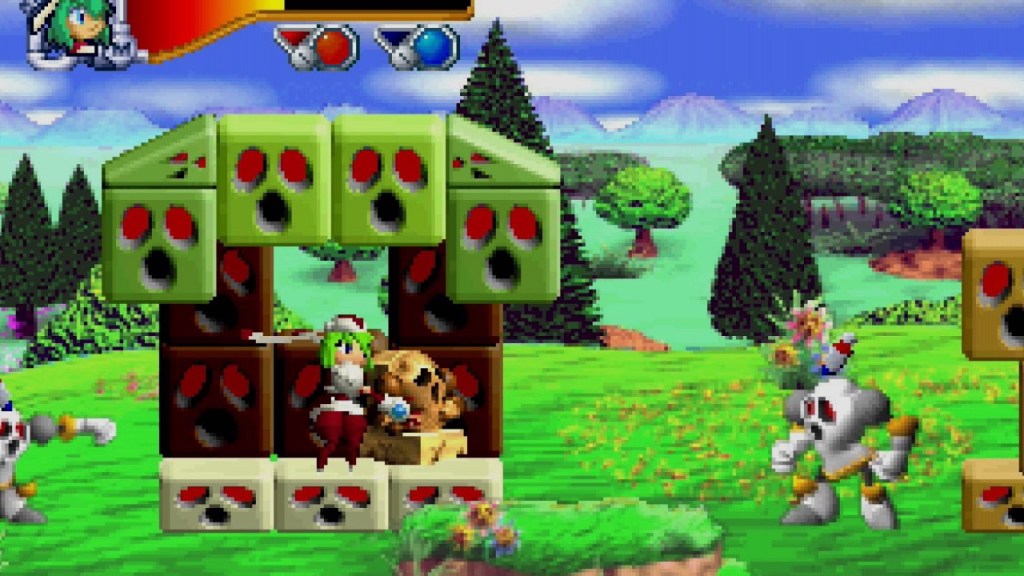 Game developer Treasure, famed for its 1990s-era action and platforming games, has teased work on a major project as the company approaches its 30th anniversary. In a tweet, Treasure promised it was ‘working hard’ to announce ‘the highly requested “that” title‘ (per Google Translate) – and while it remains a mystery what ‘that‘ title is, early speculation is on the company finally re-releasing cult adventure game Mischief Makers on modern platforms.

Mischief Makers is a 1997 side-scroller that follows the adventures of Marina the robot as she attempts to rescue her creator from the emperor of a strange planet. Each level contains a number of platforming puzzles which require Marina to shake, grab, throw and move objects, with each level being more difficult than the last.

While the game has long been considered a niche Nintendo 64 treasure, it has gained a cult following over the last few decades, largely thanks to nostalgia (not to mention Marina’s iconic ‘shake shake‘ soundbite being intensely memorable).

Fans have long called on Treasure to re-release the game – and while nothing is confirmed yet, Treasure’s tease is a promising sign. It could also align with recent news from Nintendo, which recently revealed Pokemon Snap as one of the last announced games to hit the Nintendo 64 Virtual Console on the Switch.

Nintendo has already blitzed through the N64 games it announced for its online subscription service, but more are likely on the way. Any of Treasure’s games could wind up on this service in future, but Mischief Makers is the game that feels ripe with the most potential.

Looking beyond this beloved title, Treasure’s back catalogue is filled with other popular contenders, including:

The company was also responsible for the excellent Bleach anime adaptations on the Nintendo DS – although these are far less likely to be re-released. Of the games the company is known for, Mischief Makers feels the most likely to make a return given its popularity and long absence, although we won’t know more until Treasure is ready to make an official announcement.