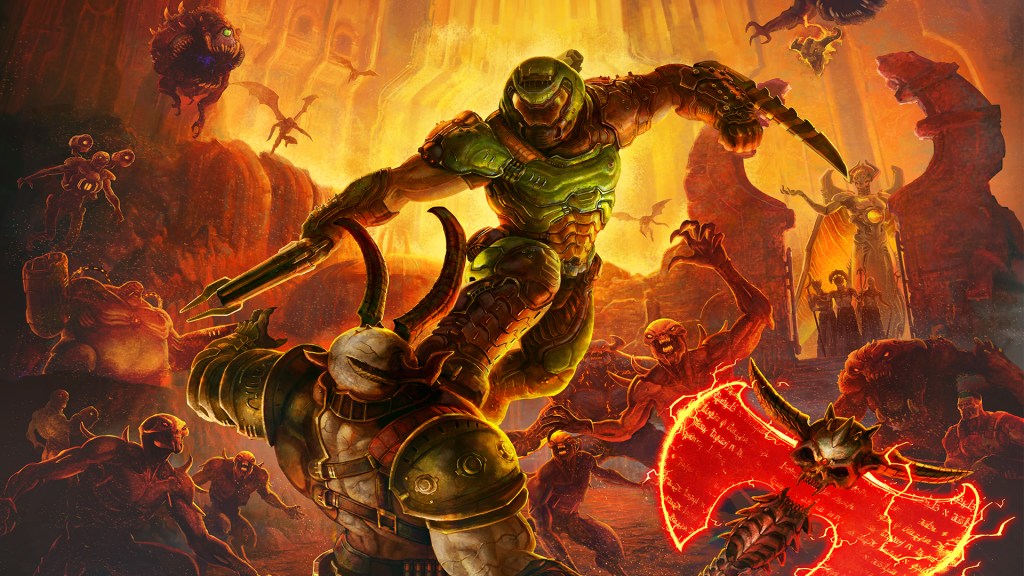 In an open letter delivered in May 2020, Doom Eternal executive producer Marty Stratton accused Doom Eternal OST composer Mick Gordon of poor behaviour and unprofessional work, which resulted in the poor performance of the game’s soundtrack, and disappointment from devout fans. Stratton alleged that Gordon under-delivered on promises, communicated poorly with the development team, and contributed to ‘project uncertainty and risk’. Now, Gordon has defended himself in a statement that alleges Stratton lied to harm his reputation.

In addition, Gordon alleges that Stratton offered a six-figure settlement for him to stay quiet about the released statement, and accept the accusations.

In a post on Medium, Gordon provided extensive details about his work with id Software on the Doom Eternal soundtrack, and alleged significant issues with pay, as well as a rocky development cycle wherein he was forced to provide music for non-existent levels.

Gordon alleged there were also major contract delays, all-hands-on-deck marketing meetings that interrupted production for six weeks, slow communication from id Software, and conversations bogged down by unrealistic expectations and arguments about recording.

He further alleged the soundtrack was delayed before he was involved in the project, and that he still hasn’t been paid for ‘over half’ of Doom Eternal‘s score.

‘Two months in, it was clear the schedule wasn’t going to work. It was a masterpiece in Excel but a disaster in reality. The requirement to write, perform, record, produce, mix, master and implement two levels of music – with feedback rounds – every 30 days, when the levels themselves were bare-bone, now looked ridiculous,’ Gordon wrote.

While he attempted to provide solutions to a slow development cycle that meant there was little time for iteration or understanding of level theming and musical intent, Gordon alleges that Stratton struck down these plans, and refused to accept the existing development schedule was flawed.

‘I was taken aback by his reaction. In response, I said he seemed to misinterpret my proposal’s intent, that the current schedule’s rigidity would cause issues down the line, and that finding an execution framework for achieving our ambitious goals was my only agenda,’ Gordon claimed.

According to Gordon, he worked hard on the soundtrack and to meet the music-first demands of id Software, but was soon locked out of music meetings and had important information withheld as the developer pushed back on his claims that its demands were impossible. Around this time, payment became a major issue as Gordon worked for around eight months without being compensated – which led to the composer ‘surviving on microwaved food’.

This was allegedly made worse by id Software blanking Gordon, and refusing to approve any of his work. In short order, the company announced the launch of the game’s soundtrack to the public, despite it not being in full production yet. Gordon learned of the announcement via the media.

To meet new deadlines, Gordon was forced to crunch – and allegedly did so for two long years thanks to ‘a rigid, brutal music schedule that attempted to finalise the score before the game was ready for it.’

At the end of the project, Gordon was finally paid – however, id Software allegedly used all of the music produced during development, five hours worth, for which Gordon was not adequately compensated. He alleges only half of this music was paid for, and that it was a conscious decision by id Software to take the entirety of his work.

‘Rejected tracks, mockups, demos, ideas and sketches – a massive amount of additional music, well beyond the budget allocated in the contract, produced at their request and shared in good faith. But, id Software included it all directly in-game, marketing, and updates without paying for it.’

To date, id Software has refused to pay for it, despite this guarantee allegedly being included in Gordon’s contract. The entire situation is extremely messy, and speaks to a game caught in the throws of alleged poor management.

Each accusation laid out by Gordon has been meticulously detailed, and reveals major discrepancies in Stratton’s accusations. The entire statement is worth a read to understand more about the situation, and what allegedly went on behind the scenes at id Software during the development of Doom Eternal.