The Mighty Thor is smashing her way into Marvel's Avengers this June – and she's bringing Mjolnir with her.
Leah J. Williams 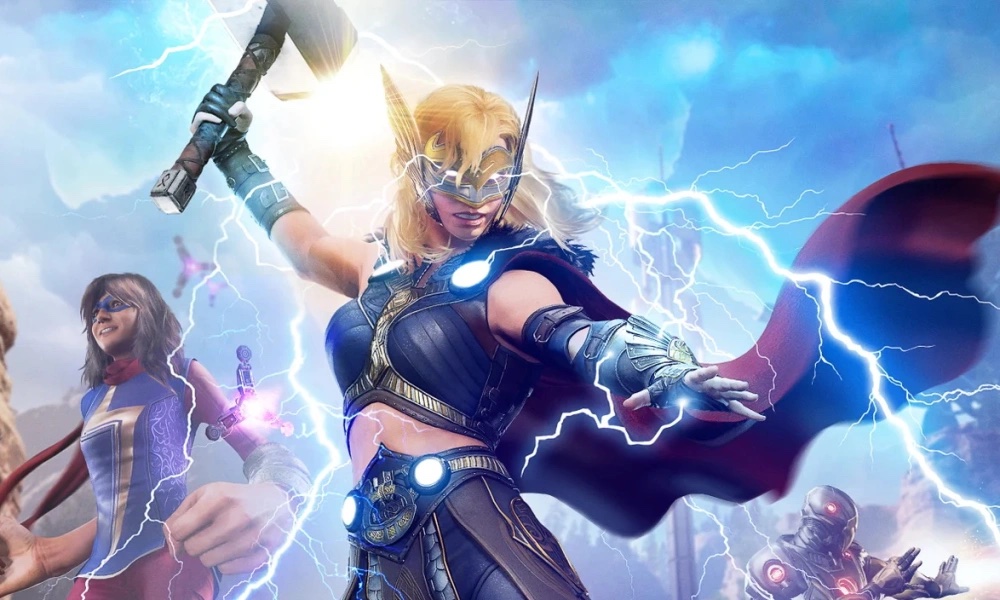 Just in time to celebrate the release of Thor: Love and Thunder, the Mighty Thor aka Jane Foster is being added to Marvel’s Avengers as a fully voiced and playable hero. It appears she’ll sport a variation of her comics look in the game, with her very own Mjolnir from another dimension.

A motion graphic story trailer for Foster’s arrival has given her a meaty backstory – one that differs from her Marvel Cinematic Universe (MCU) and comic origins. It appears this version of Thor came to life after the original Thor fell in battle – with Odin going mad as a result.

In order to placate the old god and get Asgard back under control, this version of Foster made a deal with the villain Loki – who later slayed Odin, in an effort to rule Asgard. Before Foster could submit to the mysterious deal she made, she was instead pulled through a dimensional rift, where she came into contact with the main cast of Marvel’s Avengers.

You can check out the new story trailer below:

‘Our Hero designs are driven first and foremost by their core comic book identities, so, as a fellow wielder of Mjolnir, her suite of abilities will have a lot in common with the Odinson’s, however she will also have elements that are distinctly Jane,’ Crystal Dynamics explained in a press release.

It appears she’ll wield lightning in the same way Thor does – although the quirks in her power set will only be discovered when the character officially joins the game.

She arrives as part of a free update for all players on 28 June 2022, just two weeks before Natalie Portman’s Foster debuts her ‘Mighty Thor’ look in Thor: Love and Thunder. If you haven’t played Marvel’s Avengers – or you’ve dropped off playing it lately, this could be the hero you need to get back in gear.

While Marvel’s Avengers has been steadily losing players since it launched in 2020, there’s still plenty to enjoy about this online multiplayer romp.