Get ready to tackle, pass and battle your way to victory when Mario Strikers: Battle League launches in June.
Leah J. Williams 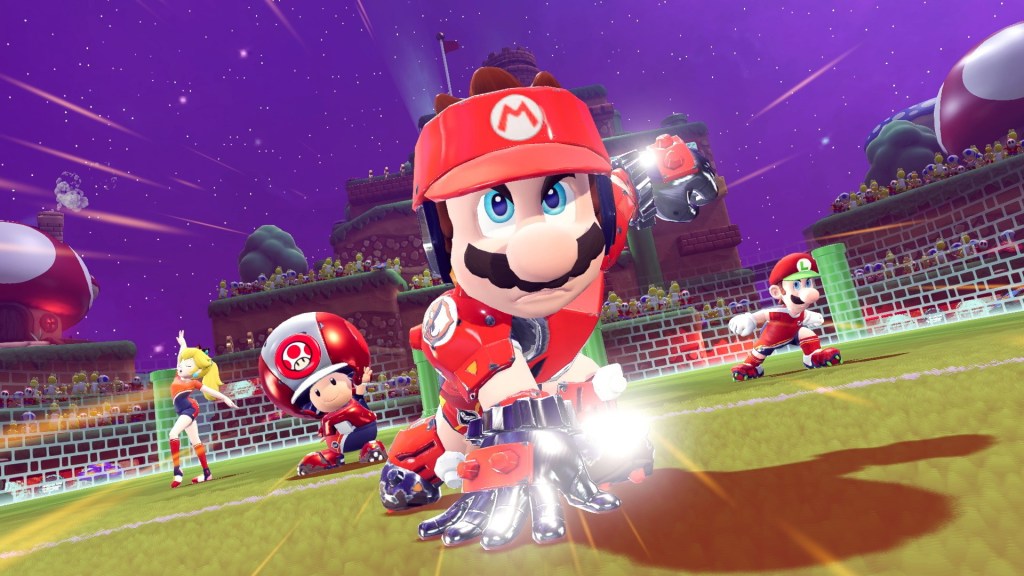 Mario Strikers: Battle League now has a brand new overview trailer that gives us a meaty glimpse at its gameplay, including how players can score points and pull off special moves – like bumping your teammates to push them forward on the battlefield. It also shows off the customisation menu for the game, and a number of items that can be used in play. The only caveat is that the new trailer is entirely in Japanese.

English speakers are able to use auto-translated subtitles to get the gist of what’s going on – but be wary that YouTube’s subtitle system isn’t particularly accurate, and may not reflect the content of the video. If you’re keen to find out more about the game, it’s best to sit back and enjoy the brand new footage as standalone while you wait for a translated version of the trailer to drop.

You can view the new overview here:

On show in this trailer is a number of newly-revealed, hard-hitting manoeuvres players will be able to pull off while beating back their opposing teams – including Hyper Strike, an ability which is essentially a charged special. Players will be able to build up energy to unleash this move, which looks different for every character.

Luigi unleashes a green lightning storm, Peach appears to be able to ‘stun’ characters, who fall in love with her, and Waluigi unleashes creeping vines.

The customisation menu detailed in the new trailer is another intriguing feature. It appears players will be able to gather unique items and costumes for their chosen characters, with a range of accessories shown off – including a number of Transformers-style mecha suits. It’s unclear if these are simply cosmetic items, or if they’ll lend some benefit to gameplay.

Whatever the case, the game looks like an absolute blast. A localised trailer is likely on the way, but there’s plenty here to get excited about in the meantime.