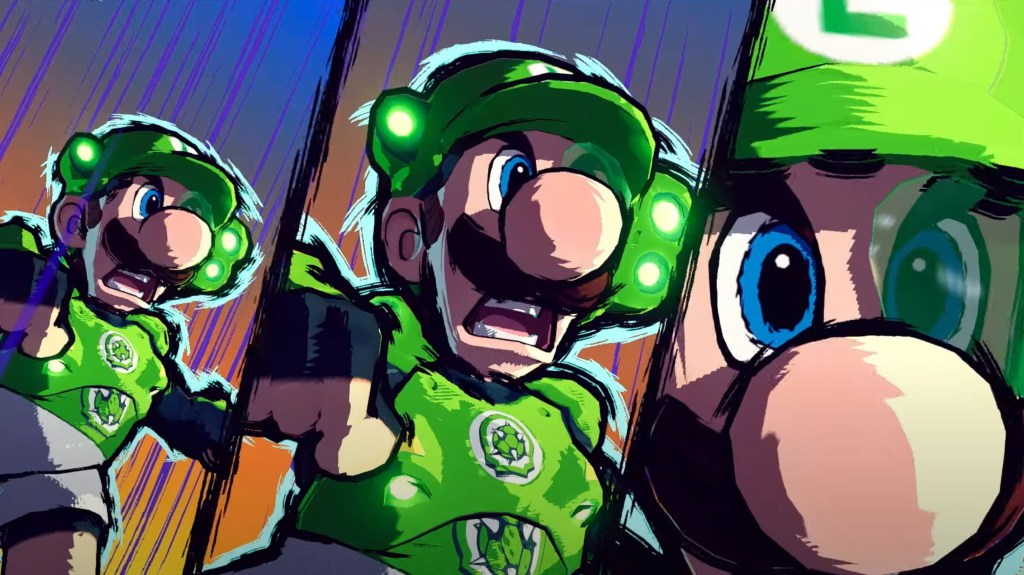 The cult-favourite Mario soccer/football game, Super Mario Strikers, is finally getting a new iteration. Announced today during the February 2022 Nintendo Direct, Mario Strikers: Battle League will feature the same power up-infused arcade gameplay that made the original GameCube title such a delight.

The trailer for Mario Strikers: Battle League calls the game ‘a 5-on-5 sport, like soccer’, which we suppose is fair, given the heavy combat elements in the game – tackles are extremely fair here.

Familiar items like shells and banana peels can cause chaos on the field, and each character has their own ‘special’ shot that can cause damage and disrupt goals. ‘Hyper Strike’ abilities can be acquired on the field by any team, and using those abilities to score goals will result in double points.

Gear customisation will also play a big part in this game, with different pieces affecting each character’s innate performance on the field.

The game will feature local multiplayer for up to 8 players, and will also feature online play, as well as an Online Club system where 20 players can join a club and participate in a ladder ranking system.

The game looks like it has the potential to be a lot of fun.

Given that Super Mario Strikers had a relatively limited audience due to the GameCube’s small market share, here’s hoping that the community around Battle League will be a lot healthier.

Mario Strikers: Battle League will be released on 10 June 2022.