Little Nemo and the Guardians of Slumberland looks adorable

Little Nemo and the Guardians of Slumberland is currently targeting a Q4 2023 release.
Leah J. Williams 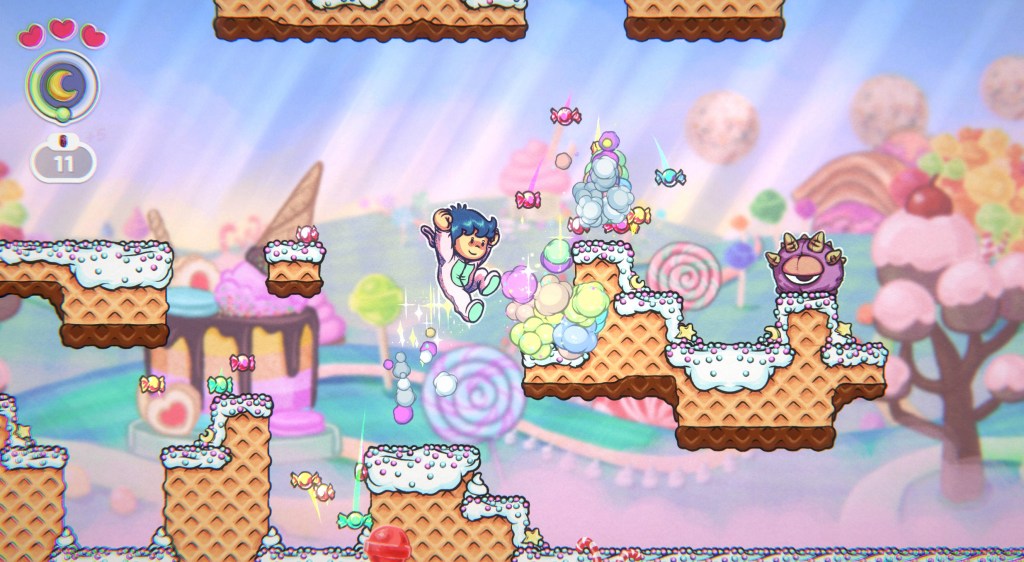 Little Nemo, the iconic dreamer drawn to life by cartoonist Winsor McCay, is re-entering the world of video games with Little Nemo and the Guardians of the Slumberland, an upcoming platformer game inspired by ‘Metrodvania’ style action. In it, players will embody Little Nemo as he enters strange and dreamlike worlds filled with rainbows and lollies, as well as forests, bugs and mushroom monsters.

The Little Nemo series is known for leaning into surrealism, and it appears this platformer will do much of the same, staying true to McCay’s vision, and early NES adaptation, Little Nemo: The Dream Master. The early trailer for the game shows off a bouncy, fluid art style filed with colours and ever-shifting light patterns – it experiments with unique visuals in much the same way as the original comic strip.

In your quest as Little Nemo, you’ll explore fresh words, discover toys, and meet a range of characters, with the adventure largely being inspired by idyllic kids media of the 1980s and 1990s. The soundtrack, penned by Anamanaguchi’s Peter Berkman should illuminate your journey, and keep you gliding along with synth-inspired sounds.

Die Soft, the game’s developer, is actually a one-man studio, with developer David Mauro at the helm. Given all the beauty on show in the early trailer, the game looks like a sparkling achievement in solo development.

Little Nemo and the Guardians of Slumberland is currently targeting a Q4 2023 release date, with plans for a public demo to become available in Q3 2022.

Given this is a solo-developed title, it’s understandable that it will hit Kickstarter ahead of these dates, with the campaign set to go live on 9 June 2022.

Whether you’re a fan of the Little Nemo comic series, or just a fan of classic platformers, this adaptation of the surrealist story looks set to please on all sides. With a fetching art style, shimmering colour palettes and very delightful character designs, there’s plenty to love about this adorable-looking adventure.

Little Nemo and the Guardians of Slumberland is launching on Kickstarter on 9 June 2022, with plans for the game to launch for Windows PC and Nintendo Switch in late 2023.