The trademark was filed in June, but resurfaced amongst Tokyo Game Show 2022 rumours.
Leah J. Williams 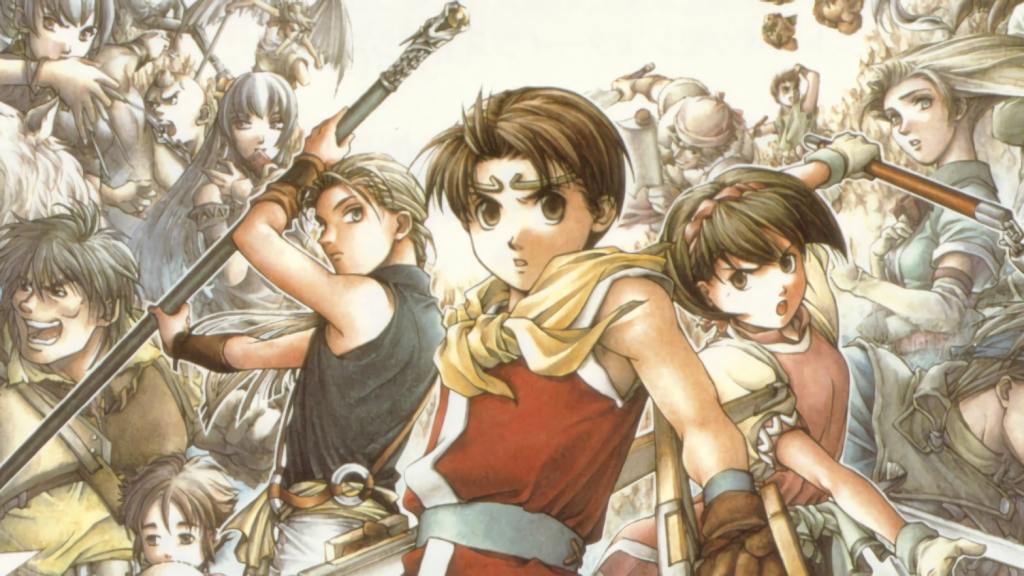 Konami has officially renewed the trademark for iconic RPG series Suikoden, paving the way for a new game to be announced during Tokyo Game Show 2022. While Konami has not yet confirmed major plans for the event, it has revealed a ‘mystery’ game announcement for the show. This reveal will be hosted with voice actor Yuji Kaji, who previously played the role of Jowy in Suikoden 2 and Suikoden Tierkreis.

The filing was lodged in June, and has seemingly gone unnoticed for months – although with TGS 2022 swiftly approaching, the renewed attention on Konami trademarks is certainly warranted. Details on the upcoming game reveal are still scarce, but Suikoden is now the most likely ‘surprise’ bet for the show.

Other major franchises rumoured to be making a grand return include Castlevania, Metal Gear Solid, and Silent Hill – but there’s currently little tangible evidence of these games returning at TGS. (That said, alleged screenshots of a Silent Hill 2 remake prototype from Bloober Team did recently surface online.)

The Suikoden trademark alone doesn’t confirm the series will return – a refreshed trademark can be the result of companies ensuring long-term protection for their IP libraries – but taken with the existing TGS 2022 plans and the appearance of Yuji Kaji, it’s fair to assume there’s something brewing.

What exactly Konami has planned for Suikoden is currently in the air. The franchise’s last mainstream entry came nearly two decades ago, with Suikoden V in 2006. While it has since received spin-offs on Nintendo DS and PlayStation Portable, not all of them launched globally. The last franchise entry, Gensō Suikoden: Tsumugareshi Hyakunen no Toki for PlayStation Portable, was a Japan-exclusive.

It could be that Konami is planning a major sequel for the series – or that the original games will be getting a remake or port. Interest in the franchise has been buoyed lately by the release of spiritual successor series, Eiyuden Chronicle, proving there’s appetite for more Suikoden games – but whether Konami is looking to revive the franchise is currently unknown.

Suikoden creator Yoshitaka Murayama is currently at work on his own spiritual successor to the franchise titled Eiyuden Chronicle, alongside several veteran series developers.

All will be revealed at the Tokyo Game Show on 16 September 2022 at 3:30 pm JST (4:30 pm AEST) when Konami lifts the lid on its upcoming mystery game – which may or may not be a brand new entry in the Suikoden series.