A new collection of classic Humongous Entertainment games has been rated for Nintendo Switch and PS4.
Leah J. Williams 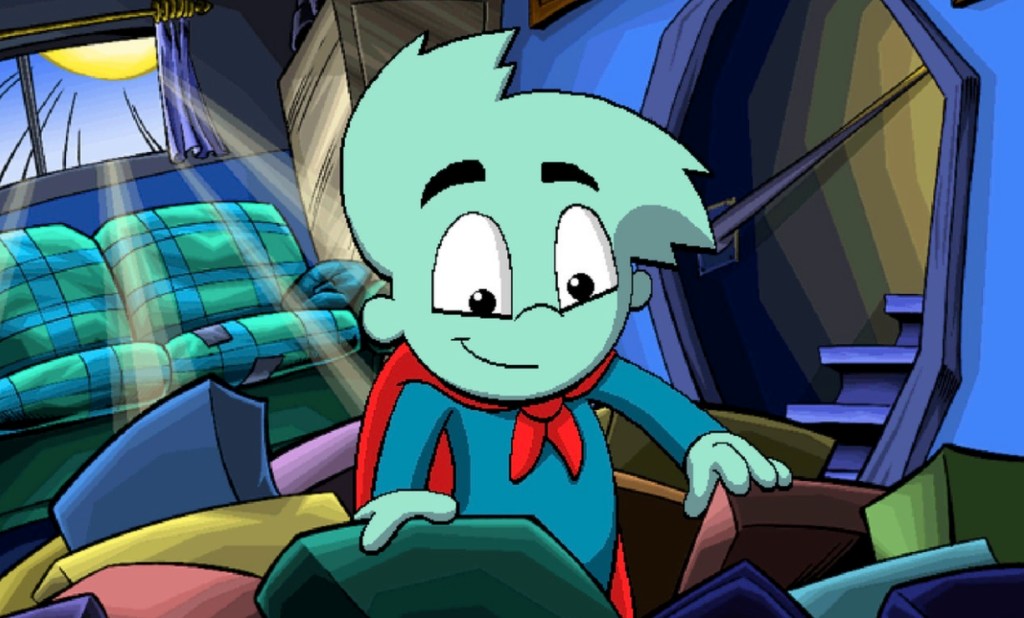 A mystery Humongous Classic Collection has been rated by the ESRB for Nintendo Switch and PlayStation 4. While the listing, spotted by Gematsu, is bare, it does indicate the collection has received an ‘E for Everyone’ rating for comic mischief.

Humongous Entertainment has a vast array of games to collect, including titles featuring iconic edutainment heroes Freddi Fish, Putt-Putt, Spy Fox, Pajama Sam, Buzzy the Knowledge Bug, Ben and Becky Brightly, and Fatty Bear. It’s unknown what exactly will appear in this classic collection, or how extensive it will be.

So far, several Humongous games have been ported to modern consoles, including Putt-Putt Travels Through Time and Saves The Zoo, Freddi Fish 3: The Case of the Stolen Conch Shell, Pajama Sam: No Need to Hide When It’s Dark Outside, Thunder and Lightning Aren’t so Frightening, and Spy Fox in “Dry Cereal”.

It’s likely the upcoming Classic Collection contains all of the above titles, however, there’s still a chance for it to contain other surprises, too.

There are plenty of great Humongous Entertainment games that have yet to appear on modern consoles, including sequels to Spy Fox (Some Assembly Required is an absolute gem), and nearly the entirety of the Freddi Fish series. Each of these games is available on PC via Steam, but they’ve been slow to arrive on consoles despite their nostalgic popularity.

These games may be decades old, but they retain their sense of charm, and their timelessness, thanks to pixel graphics and point-and-click gameplay remaining firmly in fashion. Adults who grew up playing them may now have the opportunity to show them to their children – or their nieces and nephews.

Releasing the games in a larger collection – and potentially in physical form, if the ESRB listing is anything to go by – is a great opportunity to celebrate the legacy of these excellent and informative games. They hail from the peak of the edutainment era, where PC games for kids were gaining immense mainstream popularity.

Preserving them for the next generation is a wonderful and very welcome endeavour. Stay tuned for more information about the releasing of the Humongous Classic Collection.